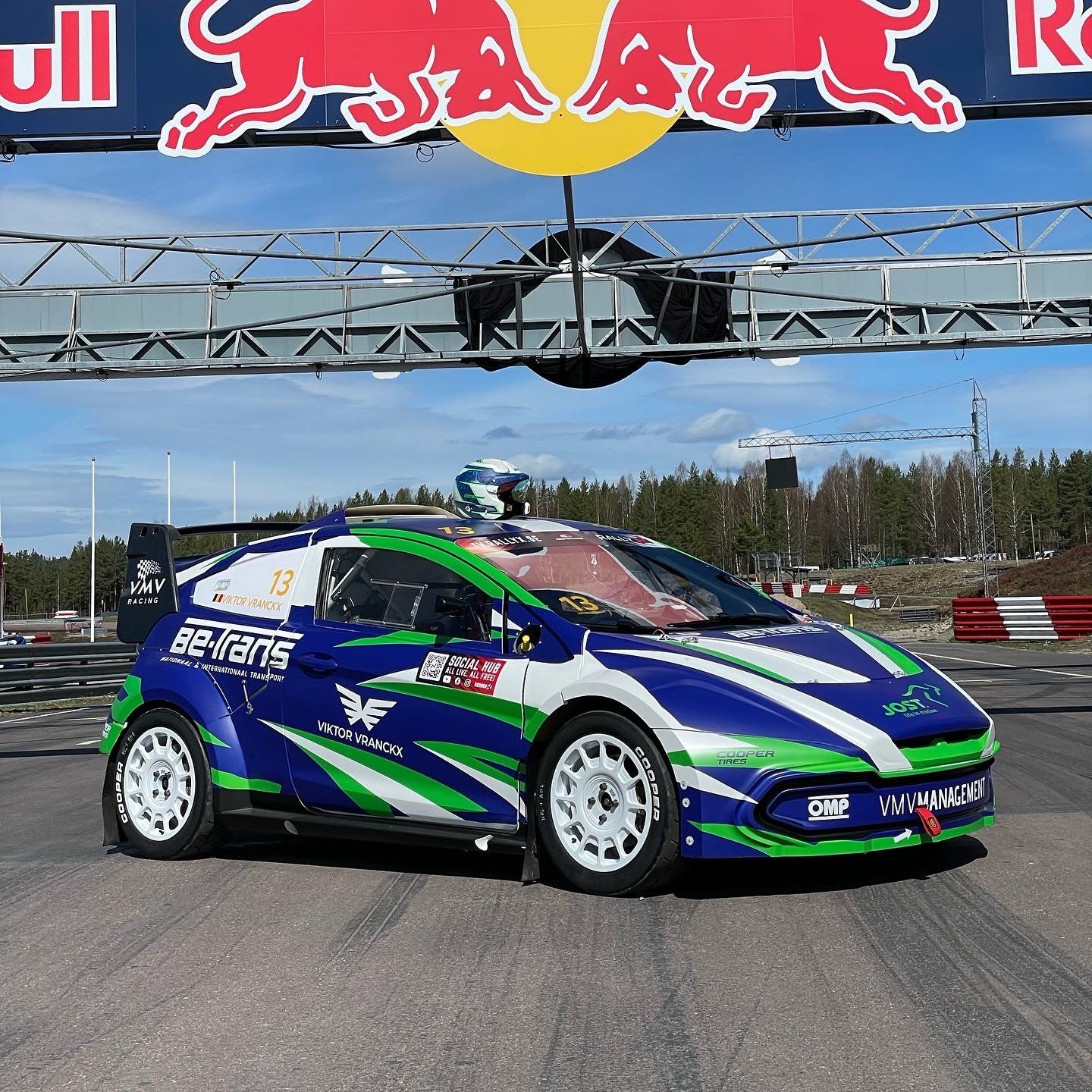 The 16-year-old Belgian has joined a burgeoning grid of promising talent, running the whole season 2 of FIA RX2e Championship, the junior category of the FIA World Rallycross Championship.

Viktor Vranckx will set off on his first international and promising adventure debut by racing for VMV Racing, the first private team to own a RX2e car. But he will not do it on his own – reigning RX2e champion Guillaume De Ridder is his coach and spotter. Under The Champ’s guidance, Viktor has already started preparing the upcoming season.

Racing at the opening Round of the Season 2 RX2e Championship, held at legendary Höljes circuit, Vranckx will look to take the fight to a compact but high-quality field of rivals.

He will probably hold the advantage of already having participated in this demanding rallycross circuit two weeks ago, making its debut on an RX2e car and surrounded by a host of world class supercar drivers.

After a childhood spent watching rallycross races with his family, Viktor did not get behind the wheel of a car until the age of 13 (2019) – until then he had always been a football player. His passion around speed and sound of racing cars emerged by being around teams like Roger Lippens’ or Patrick Mertens’. Also is the reason why he will be competing under number 13.

And unlike most young drivers, whose first steps are taken in the world of karting before moving on to rallycross, he started his racing career in Car Cross competitions.

It wasn’t long before Vranckx began to reap success. In 2019, he became champion of the PAK Limburg competition; in 2020, he was crowned Junior Cross Car Champion in Belgium and Champion -18 in Italy. In 2021, he came 4th in the Belgian Cross Car Championship, 2nd in the Italian -18 Championship and took 5th place in the FIA XC Academy Trophy.

While relatively inexperienced in the rallycross arena compared to some of his peers, this rapid improvement is an encouraging sign ahead of Vranckx first foray into electric rallycross and he has high hopes of competing at the front from the off.

Viktor Vranckx, said: “I am very excited to get into this class. I have been preparing for a few months now, have done a few test days and the car feels good. I realize that I am new and still young and inexperienced, but the drive is there to fight for a good position”.

“RX2e is a logical next step in my career. This is a class with a lot of young and promising talents, and I want to focus on this class for a few years. Still, I am aiming for good results in my first season. If I compete, I will go full out”

Pere González, RX2e Project Manager, said: “We are pleased to announce that Viktor will be racing in the 2022 FIA RX2e championship, further bolstering our hugely-talented grid.

“Viktor is an incredibly quick driver and extremely fast learning. Proven by his multiple Cross car races and we were impressed by his skills and feedback during the tests sessions that he did in different tracks.

“Our driver line-up will be incredibly strong, and we can’t wait for the lights to go out at the Höljes Motorstadion.”