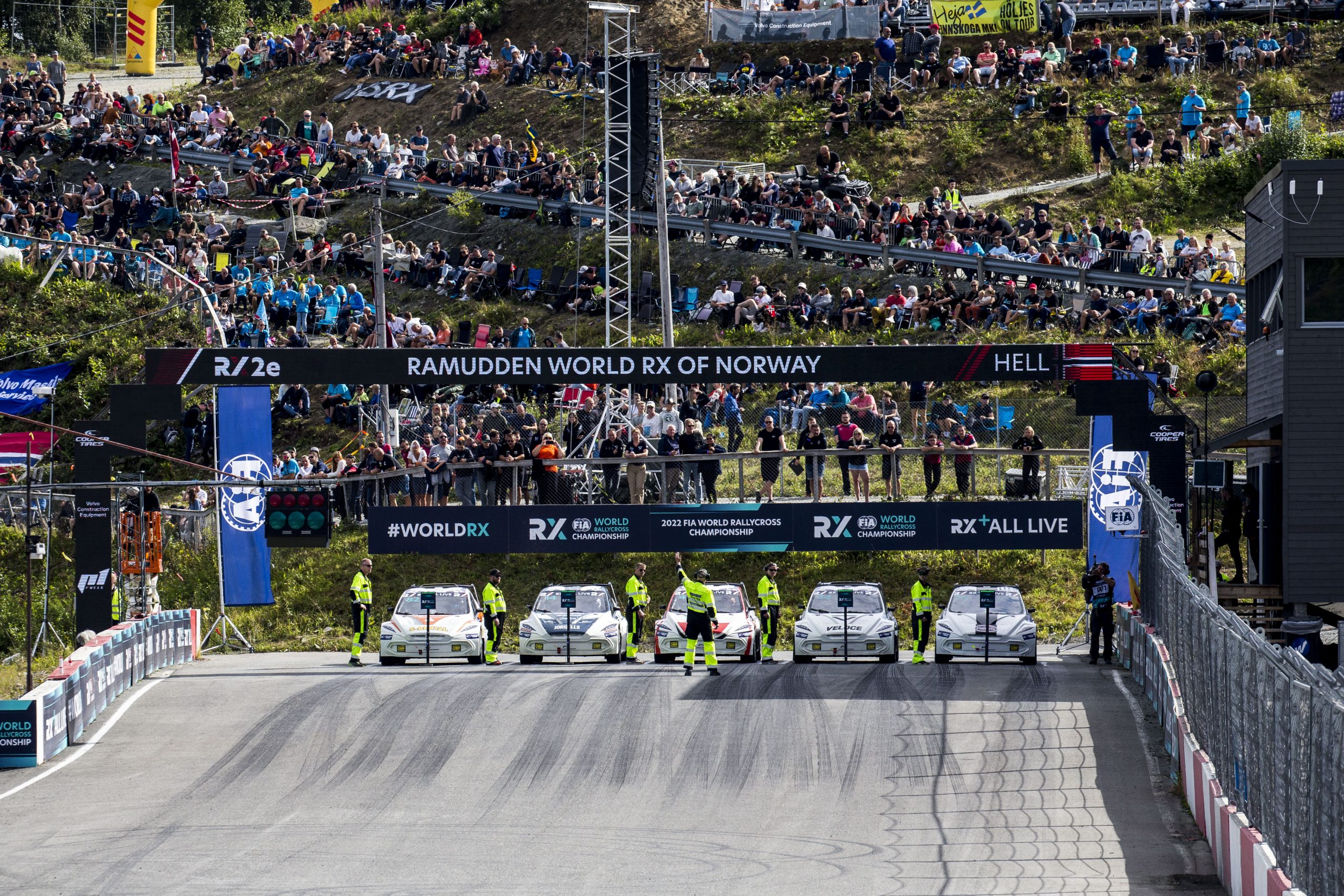 Click here to read the Press Release in Spanish

The FIA RX2e Rallycross Championship heads into the third round of the season in the heart of the Latvian capital, Riga. The city is ready for a new electric rallycross event at the sensational Bikernieki track where Viktor Vranckx arrives as the clear leader in the general classification. The Belgian has two victories – in Sweden and Norway – and is the obvious favourite for the third round of the season.

The first two dates of the season were relentless in terms of battles on the track and fighting for victory. Although Vranckx managed to achieve both wins in play, Nils Andersson and Isak Sjökvist put up a brave fight with him (and each other) and were joined by Raül Ferré and Pablo Suárez to battle for first position in both Finals.

Patrick O’Donovan can’t be ruled out either, as he is always involved in the battles and, like the rest, will have to deal with two new drivers who will fight for victory in the Latvian race. Filip Thorén returns to the championship after the first round in Höljes and the young local driver, Roberts Vitols, will bolster his successful record in lower categories with his promotion to RX2e.

It may appears that the top positions are set in stone, but nothing can be taken for granted when FIA RX2e Rallycross Championship changes to cope with different tracks. After competing on tracks fully designed for this form of racing, the meeting in Riga will be a turning point in the season, with a Bikernieki circuit that is totally different from what has been seen so far.

At 1,294 metres long (1,352 metres if the Joker Lap is included), Latvia’s main racetrack is between 8 and 14.5 metres wide; one of the widest of the season. With a split of 60% asphalt and 40% dirt, it has two jumps on the main route and one more on the Joker Lap, which makes it one of the most complex on the calendar, and can lead to major differences.

It will be fascinating to see how the RX2e work on a track that is new to everyone and where the performance of both driver and car are unknown. We will see how the 250 kW (335 bhp) and 510 Nm of instant torque behave on the snaking Bikernieki track, crossing one of Riga’s main parks. A high-voltage adventure awaits the stars of the electric rallycross competition.

All of them lining up on a grid where the only goal is to win. Communication between the drivers and their spotters will be crucial to this on a track where strategy will again be key to winning. A dozen curves await them in each of the five laps of the six races; starting on Saturday with Heats 1 and 2, then continuing on Sunday with Heat 3, Progression Race, Semifinals and Final.

This third round of the RX2e season will once again be crucial, sharing the stage with the World Rallycross Championship (World RX) and the European Rallycross Championship (Euro RX1), completing an absolutely astonishing weekend. All the action can be enjoyed live on the RX+ platform, where all sessions will be broadcast in HD, as well as exclusive content with analysis and interviews where the big high-voltage show of the World RX in Riga can be lived from within.