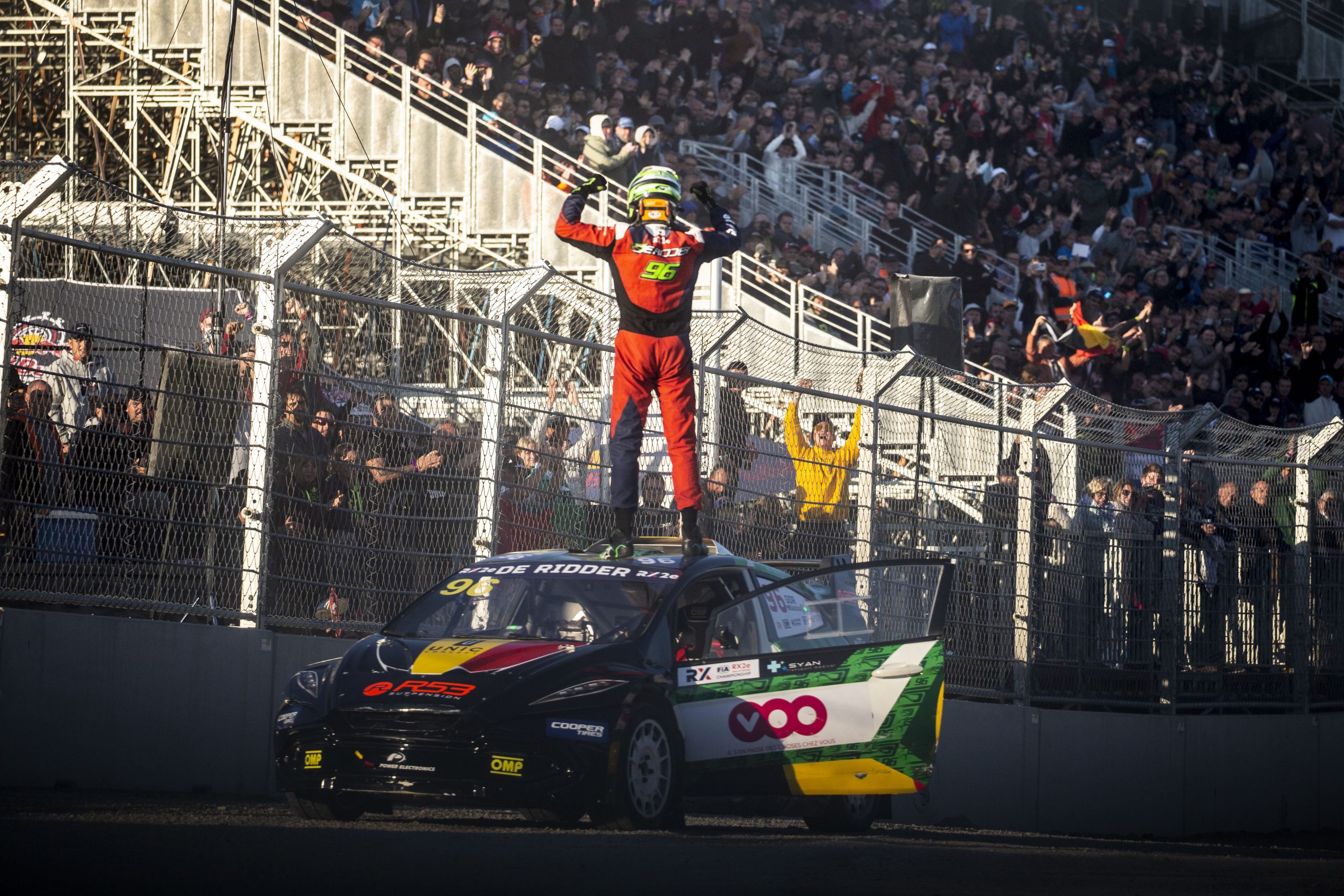 The second part of the FIA RX2e Rallycross Championship season kicks off with the fourth round of the year on a track that is motorsport history in the making. The legendary Belgian circuit of Spa-Francorchamps is already preparing to welcome the RX2e contestants to the Spa World RX Benelux, with Viktor Vranckx a solid championship leader in his home race.

After his victories in Höljes and Hell, the young Belgian driver will face a very significant race in which he will seek to recoup his losses after the difficult weekend he experienced in Riga. Although he firmly maintains the first position in the general classification, Vranckx will have to be on top of what his rivals do, especially the Swedes Isack Sjökvist, who made things very difficult for him in Bikernieki, and Nils Andersson, in third place.

On the other hand, Patrick O’Donovan arrives at Spa-Francorchamps after achieving his first victory on the Latvian track. The Briton, tied on points with the Spaniard Pablo Suárez, will once again fight everyone off for the number one spot, facing off with the Andorran Raül Ferré, who will defend fourth place in the classification, sought by both O’Donovan and Suarez. Alongside them, Filip Thorén will be back in the fight after competing in Höljes and Riga. Everyone will be fighting for glory in such an important location for motorsports.

The FIA RX2e Rallycross Championship will be competing in a circuit that is both very characteristic and very different from tradition. Being the shortest in the championship, the Spa-Francorchamps rallycross track is just 913 meters long with the Joker Lap route being even shorter, just 902 meters. To prevent it from being a faster track, it’s been designed to so that pilots drive slower than on the main track.

Starting from a specific area for RX, where the main grandstands are located, the cars will access via asphalt, after passing briefly on gravel, to the usual speed circuit used in, among other races, the Formula Belgian Grand Prix 1 or the celebrated 24 Hours of Spa. Next, they will take the famous Eau Rouge to face the climb to the Raidillon. There, they will turn to descend parallel to the rallycross section, taking the fourth turn to face the large dirt area of turns five and six, with curve, crossing the finish line after the jump.

This ensures a broad counter-clockwise circuit whose surface is 60% asphalt and 40% dirt. Its design premiered in 2019, although the history of Spa-Francorchamps is much longer. It was a century ago, in 1922, when the route that ran along the roads connecting the towns of Francorchamps, Malmedy and Stavelot hosted its first regulated race, before the famous 24-hour endurance event was held for the first time in 1924 or its first Belgian Grand Prix in 1925.

With reference to the experience of last year, when the RX2e discovered Spa-Francorchamps, the show is expected to flood the circuit with passion, with fans enjoying themselves from the stands. This track is one of the most prone to the fights and melee battles expected in the Heats, Progression Race, Semifinals and Final.

The entry list for Round 4 of the 2022 FIA RX2e Championship has been officially revealed, with seven drivers set to battle for glory at Spa-Francorchamps, Belgium (08-09 October).