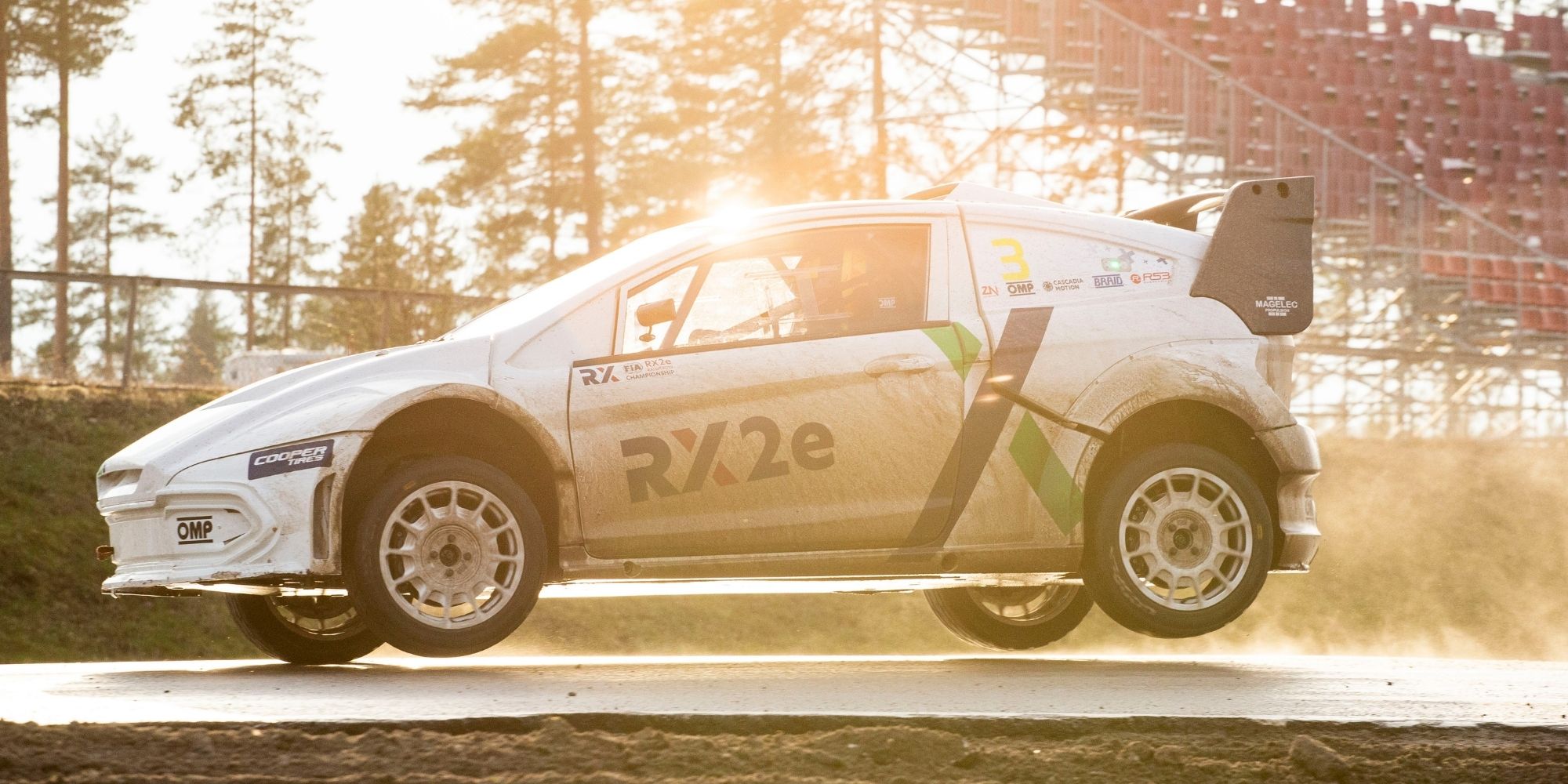 The FIA RX2e Championship continues at Höljes this weekend, with an exciting squad of local stars joining the grid for Round 2 of the pioneering series’ debut season.

Four native drivers have joined the field for the second outing of RX2e’s inaugural campaign, with the first-ever FIA electric rallycross championship reprising its role as lead support category on the FIA World Rallycross Championship undercard.

Nils Andersson, Isak Reiersen, Isak Sjökvist and Linus Östlund are all on the hunt for success at the World RX of Sweden this weekend but the quartet will have their work cut out catching Guillaume De Ridder if the Belgian replicates his form from the curtain-raiser at Catalunya.

De Ridder completed a dominant clean sweep at the Circuit de Catalunya, claiming victory in every single session to become the maiden RX2e race winner and take an early lead in the Drivers’ Standings.

The 28-year-old was pushed all the way by Fraser McConnell and Jesse Kallio, but an eagerly-anticipated three-way showdown failed to materialise after the former RX2 sparring partners came together in the first corner of the final.

The trio will renew their rivalry at Höljes this week, while Patrick O’Donovan will be doing his best to reproduce his impressive third-place finish in Round 1 – achieved on his international rallycross debut.

Popular Spaniard Pablo Suárez is another returning face, having just missed out on the rostrum at his home event in Barcelona, and pacy Frenchman Damien Meunier will be hoping for better luck after a frustrating opening weekend – the former RX2 finalist having shown the potential to challenge for a podium before suffering consecutive qualifying DNFs which halted his momentum.

While the majority of the grid have already got one event under their belt driving the cutting-edge RX2e cars, the new Swedish contingent will be looking to utilise home advantage to make up for lost time.

None of the quartet know Höljes better than Östlund, with the 21-year-old having grown up at the famous Värmland circuit, while his RallyX Nordic Supercar Lites rival Andersson won at the legendary venue earlier this term.

Meanwhile, Sjökvist has shown rapid improvement throughout his first full season after graduating from karting and Reiersen – a junior member of leading World RX outfit EKS JC – arrives with an impressive career résumé and will be looking to make waves on his international debut just one week after clinching the RallyX Nordic CrossCar/Crosskart crown.

“We have a world class line-up of promising young talent assembled for the World RX of Sweden, with a number of native drivers out to prove their worth on home turf, and we cannot wait to see the highly-competitive field push the RX2e car to its limit around one of the most iconic venues in rallycross history.”

Racing is set to begin at 1130 CEST on Saturday, 21 August, with all of the action across the board to be live-streamed in HD via the new RX+ broadcast platform. This premium production will grant subscribers unparalleled and unprecedented access anytime, anywhere and on any device, offering a choice of viewing angles, in-depth expert analysis, special behind-the-scenes features and exclusive interviews.

Tickets to World RX of Sweden can be purchased here