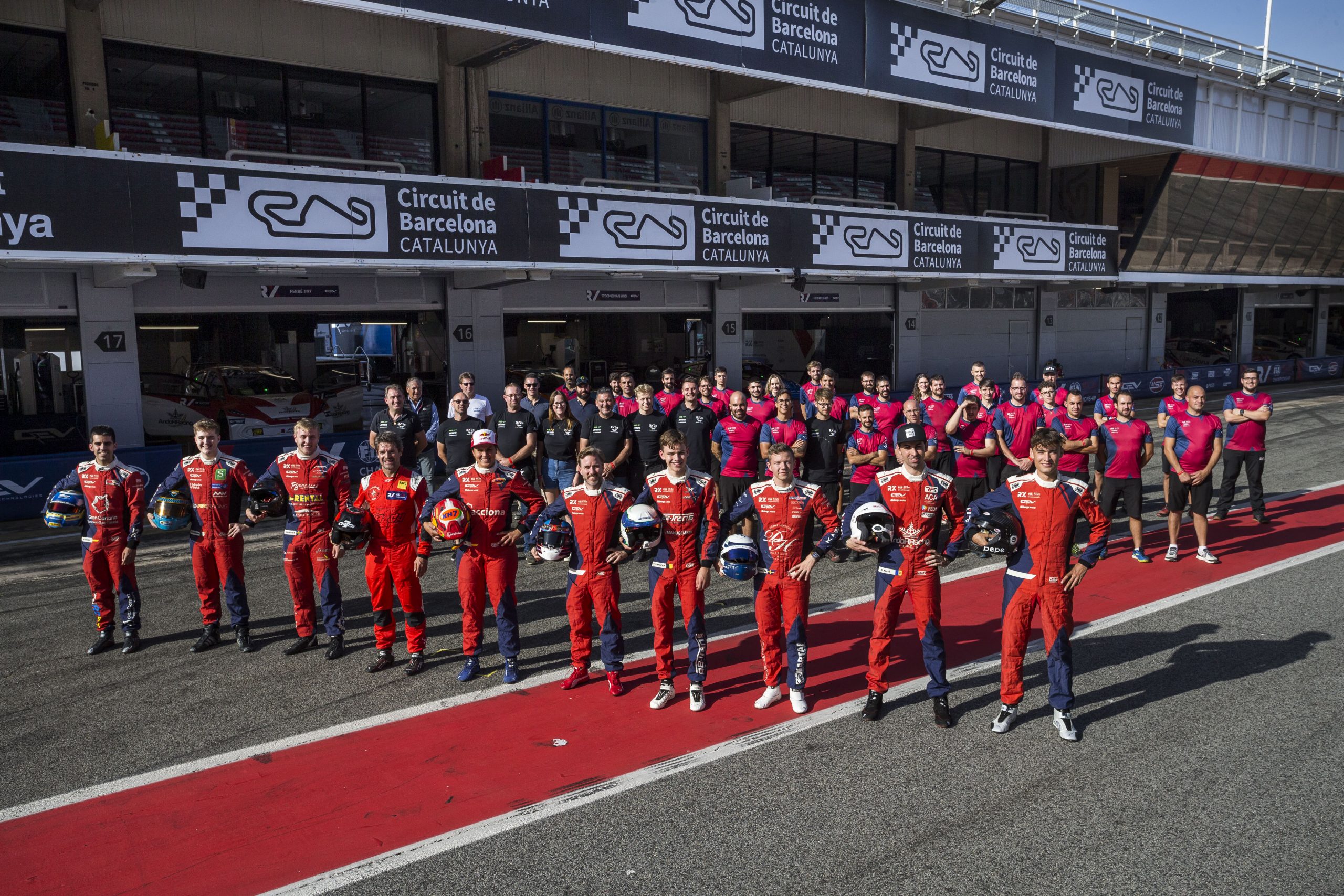 The second season of the FIA RX2e Rallycross Championship, prelude to the World Rallycross Championship (FIA World RX), has come to an end in Barcelona. The Circuit de Barcelona-Catalunya has completed a successful year in which the Belgian Viktor Vranckx took home the title, with the Swede Isak Sjökvist achieving the runner-up position ahead of Nils Andersson. Vranckx won the first two races in Höljes (Sweden) and Hell (Norway), while Patrick O’Donovan did the same in Riga (Latvia) and Spa-Francorchamps (Belgium), before Sjökvist succeeded them in Barcelona-Catalunya (Spain).

The season was a real accumulation of emotions with the spectacular RX2e, developed and managed by QEV Technologies, as the key player. These cars, the first to form a 100% electric Rallycross championship under the FIA group, were launched in 2021 and in these two seasons they have proven to be fast, completely reliable and free from technical issues, confirming the commitment made for them to be the gateway to the FIA World Rallycross Championship.

On the sporting front, the action began in style on the legendary Höljes track. Under a changing climate, Viktor Vranckx managed to surpass Nils Andersson, Isak Sjökvist, rookie Raül Ferré and Pablo Suárez in a competitive final full of action and intensity. The contest headed towards Hell, where Pablo Suárez and Raül Ferré stood out once again in the challenging ascents and descents, although Vranckx returned to come out on top. Riga turned the tables, with a sensational debut for Roberts Vitols and Patrick O’Donovan’s first victory in another weekend in which Ferré demonstrated his quick adaptation to Rallycross.

At Spa-Francorchamps, O’Donovan once again demonstrated excellent driving talent to beat Vranckx at home, with Pablo Suárez getting on the podium for the second time in his racing career in the run-up to the Rallycross World Championship. The final party in Barcelona didn’t go unnoticed, with the return of Laia Sanz -after competing in Höljes and Hell- and Pepe Arqué, not to mention the premiere in the modality of two great pilots, in both Formula 1 and Moto GP: Nick Heidfeld and Carlos Checa.

In 2022, other names known to the public shone behind the RX2e wheel, such as multi-time Nordic ski champion Aksel Lund Svindal, South African Extreme E driver Lance Woolridge or Rallycross and Rally driver Catie Munnings, as well as the young emerging talent from Sweden Filip Thorén, steadily increasing in performance in the three rounds in which he took part, or veteran Brit Mark Flaherty.

The races consistently stood out due to the intense fights and the increase in strategic play in each of the rounds, by reducing the cars on the track from six to five in the Semifinals and Finals while starting on the same row of the grid. This led to high-level hand-to-hand fights, with great battles exciting the audience in the stands.

The FIA RX2e Rallycross Championship ends this successful year with the cars now safely back home. The engineers and mechanics of QEV Technologies have already started preparing the groundwork for 2023, a year full of innovations for the event, with the entry of new private teams and the liberalisation of some of the vehicles’ work areas. The race is on for RX2e’s electrifying third season!