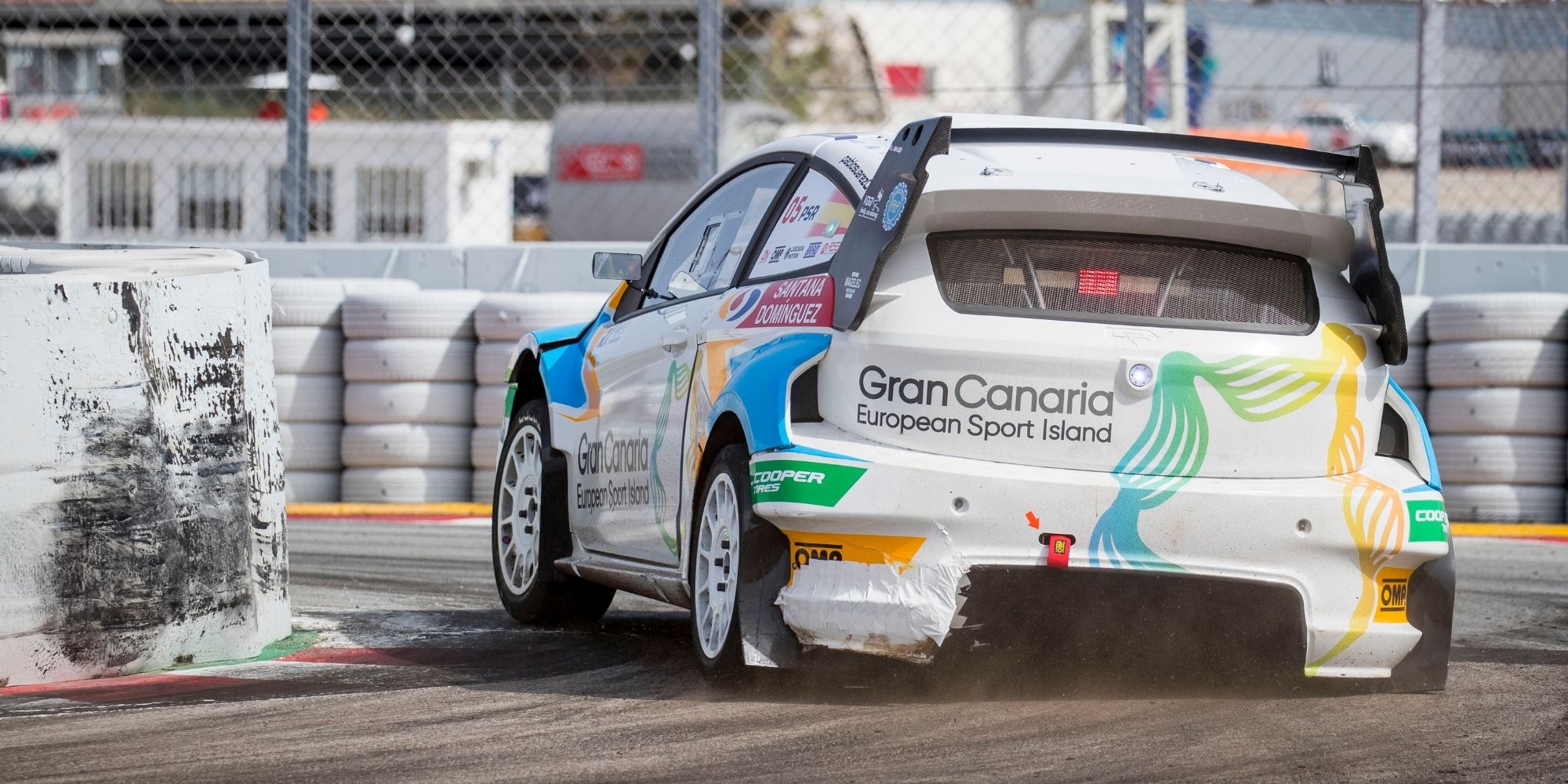 Pablo Suárez has caught the eye during his maiden international rallycross campaign, with the Spaniard a permanent fixture across the three rounds of the inaugural FIA RX2e Championship so far.

Suárez is one of four ever-present drivers in the first-ever electric FIA rallycross championship, and the Gran Canaria native has shown remarkable improvement since jumping behind the wheel of the RX2e machinery.

While results would suggest Suárez’s fourth-place finish in Round 1 at Barcelona was a highlight, the 28-year-old in fact believes he has shown even greater pace during subsequent outings at Höljes and Lohéac – circuits where he has no prior experience.

Speaking after the third round of the campaign in France, Suárez said: “I’m very happy with the season so far. The atmosphere in the paddock is really cool and I am enjoying each of the races a lot – I’m living a dream.

“I’m proud of my performances to date. In Barcelona, at my home race, I was competitive right from the off despite it being my first-ever rallycross race. I reached the final and finished just off the podium, so that was slightly unexpected!

“In Höljes, I knew it was going to be a challenge and it did not disappoint. What a track! I made a lot of progress during the event and gained very valuable experience. Then Lohéac was the most competitive event so far and the pressure inside the car was higher than ever before. However, this was perhaps where I produced my best weekend of the season.”

Suárez started his off-road career competing in gravel rallysprints at the age of 16, before branching out to take part in hillclimbs, autocross and even ice racing.

Appearances in a number of other categories followed, before he secured a second-place finish in class in the FIA World Rally Championship at RallyRACC Catalunya in 2017.

This versatility has been on full display so far in 2021, with Suárez competing as part of a world-class field covered by less than a second at Lohéac last time out.

“I am aware that I need to improve my consistency,” he said. “I know I can do a good lap, but I have to be able to repeat it over and over again. Coming from rallying, this is something I am not used to doing.

“But the car is just incredible to drive; it goes where you want and it is easy to drive on the edge. Unlike other series, having the torque instantly available is something that is appreciated and you have to know how to manage that, depending on the surface you are on to transmit all the power to the ground.

“There are a wide range of settings available on the car which play an important role in determining performance. Although this year I’m more focused on adapting my driving to the car, it is good to be able to adapt the car to each circuit, the different conditions of each session and a little to my driving style.

“The driving standards and level of competition is incredibly high, while I cannot ask for more regarding the drivers that have joined the series during the season. This is very helpful for me during a season of development, since I have such a good reference to focus on.

“Being so close in lap-time to these drivers makes me feel proud of my abilities and my progression. In addition, the camaraderie between the drivers is unique. They are all very good people, we help each other and we have a good time during the events.”

As for his favourite moment of the campaign so far, fighting for a podium in front of home fans will take some beating.

“As it is my first international season, having the experience of starting this dream at my home race in Spain was an incredible experience,” Suárez said. “Being able to win multiple heats during the weekend made the experience even more emotional.

“I felt the warmth of the fans and all the staff – it gave me a real burst of energy. So far, that is definitely one of the best experiences of my sporting life.”