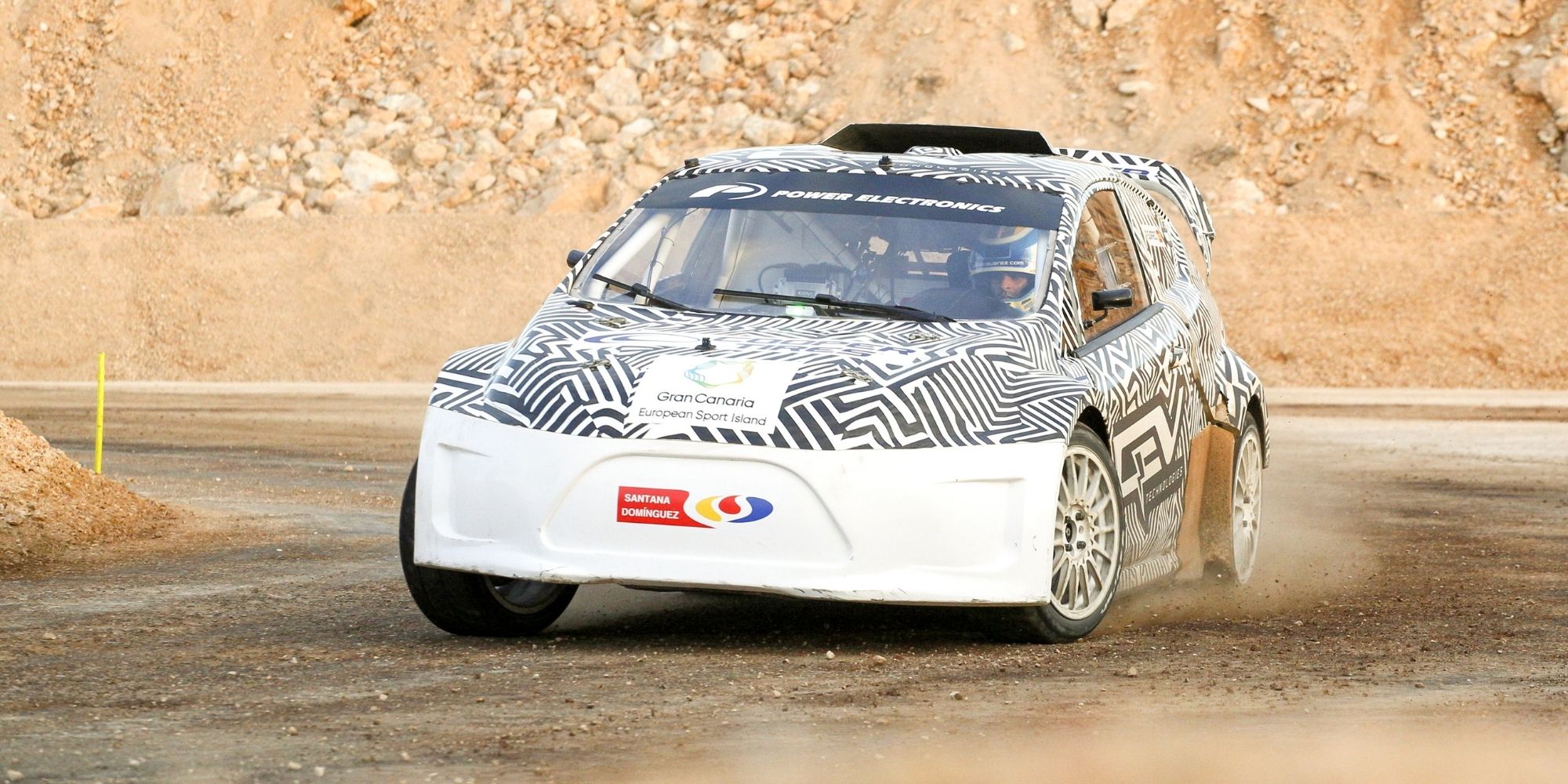 Pablo Suárez has revealed that competing in FIA RX2e will be the toughest test of his career so far after the Spaniard became the latest driver to sign up for the series’ Barcelona curtain-raiser next month (July 23/24).

The Spanish ace, who comes from a rallying background, is looking forward to competing in front of fans once more when the first-ever FIA electric rallycross championship gets underway at the Circuit de Catalunya.

RX2e is a pioneering new discipline, founded as a joint project between Spanish electro-mobility specialist QEV Technologies and Swedish rallycross powerhouse Olsbergs MSE, and is the leading category on the FIA World Rallycross Championship support package.

Competitors will face off in identical four wheel-drive, all-electric cars capable of generating 250kW (335bhp) of power and up to 510Nm torque, showcasing the potential of sustainable technology in motorsport.

Suárez has plenty of the attributes needed to be successful on the rallycross stage, having started his off-road career competing in gravel rally sprints at the age of 16 before branching out to take part in hill climbs, autocross and even ice racing.

Appearances in a number of other categories followed, including the mono-brand challenge of the 2016 Spanish Rally Championship, before Suárez secured a second-place finish in the 2018 Catalonia ‘RACC Rally Challenge’.

The COVID-19 pandemic disrupted preparations for a transition to rallycross, although a Supercar Lites test at Nysum in 2020 rekindled Suárez’s aspirations in the discipline, and the 28-year-old – who is one of several drivers to have experienced time behind the wheel of the new RX2e car – has now challenged himself to learn quickly in unfamiliar surroundings.

Pablo Suárez said: “RX2e will be the biggest challenge of my career so far. I’m not as experienced in rallycross as some of the drivers I will be up against, but it is a category that has always caught my attention because of its all-out action.

“The RX2e car’s performance is all about what the drivers want; instant torque, while being easy to drive on the limit. It is also possible to easily adjust the car to different driving styles, meaning we should see some epic racing.

“I believe the championship is going to be a real show for fans, and it will prove that sustainable racing is possible – and fun. My target is to learn as much as I can, as quickly as possible.

“I’m looking forward to starting in Barcelona, at the Circuit de Catalunya in front of Spanish fans. It will be very special to begin this adventure at my home race.”

Pere Gonzalez, Project Manager, FIA RX2e Championship, said: “Pablo is a driver with heaps of potential, and we could not be happier that he will be on the grid when we get underway in Barcelona.

“He has already proved his versatility with impressive performances across a host of different disciplines throughout his career, and we are confident he has the ability to fight at the front in RX2e. The line-up for our inaugural event is an intriguing blend of promising young talent and more experienced drivers, and it will be fascinating to see who comes out on top in Round 1.”