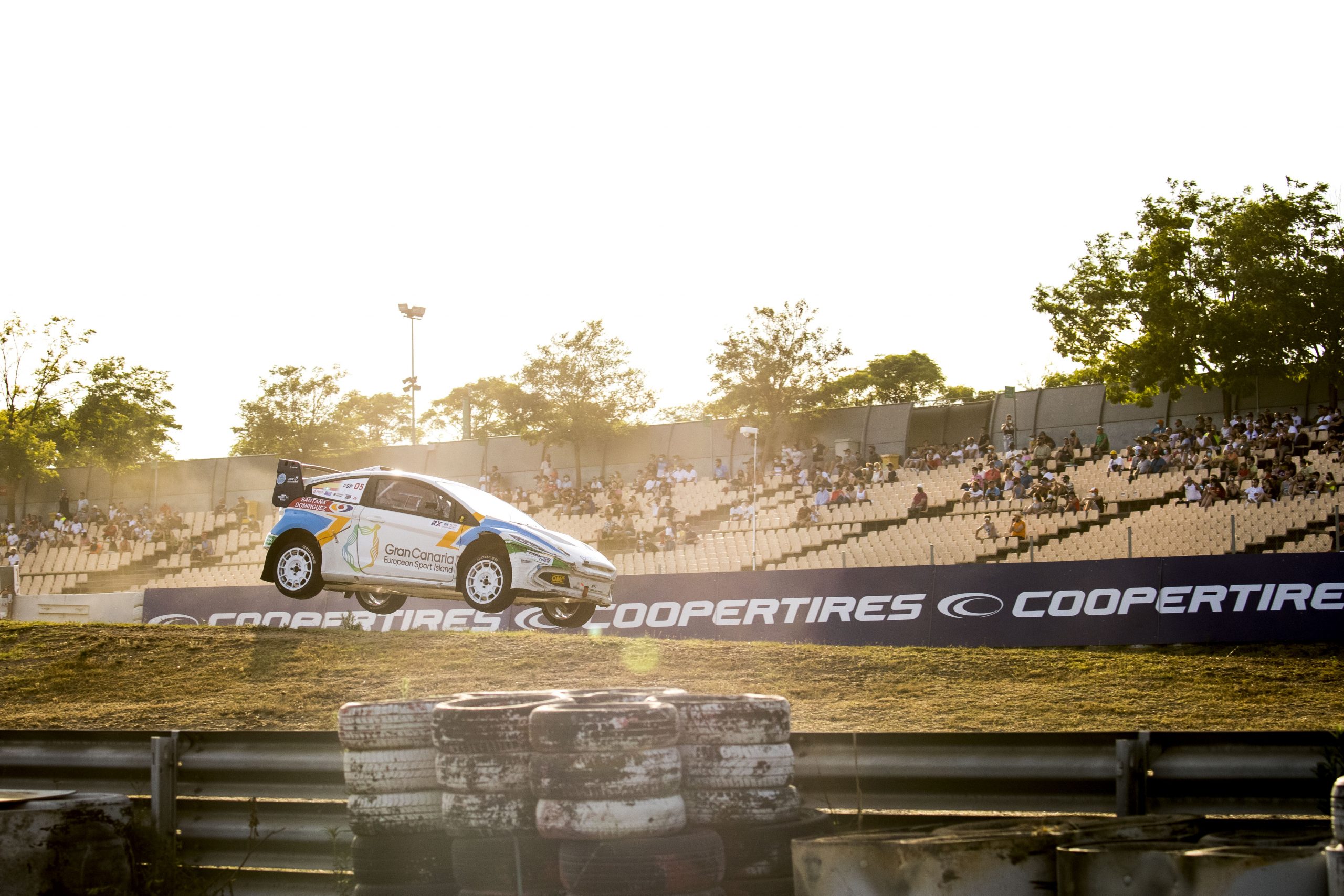 The Spanish ace Pablo Suárez reveals his ambitious plans for RX2e Season 2 after the Spaniard became the latest driver to sign up for the international junior rallycross series. Curtain-raiser taking place next month at Rallycross Cathedral, Höljes Motorstadion (July 01-03).

The Gran Canaria native, who reached 3rd position in the general standings of the inaugural season, is looking forward to revalidating what he achieved so far. After a successful first-season debut, where Pablo faced the biggest challenge of his career so far, forging important rivalries and proving his skills, Suárez is ready to strike again.

Pablo, who had a rapid progression last year, ended up 3rd tied in points and podiums with rallycross aspiring star Patrick O’Donovan. The Gran Canaria driver achieved third place above Patrick due to his results at at the final classification of the German event held at the legendary Nürburgring – World RX of Germany.

He is now looking forward to competing in front of fans once more when the first-ever FIA electric rallycross championship gets underway at the Magic Weekend to be held at The Cathedral of Rallycross, the legendary Höljes Motorstadion.

RX2e is a pioneering new discipline, founded as a joint project between Spanish electro-mobility specialist QEV Technologies and Swedish rallycross powerhouse Olsbergs MSE, and is the leading category on the FIA World Rallycross Championship support package.

Competitors will face off in identical four wheel-drive, all-electric cars capable of generating 250 kW (335 hp) of power and up to 510 Nm of torque, showcasing the potential of sustainable technology in motorsport.

Suárez has plenty of the attributes needed to be successful on the rallycross stage, having started his off-road career competing in gravel rally sprints at the age of 16 before branching out to take part in hill climbs, autocross and even ice racing.

The Gran Canaria native completed the full 2010 season in the Andorra Ice Racing Series (G-Series), but soon turned his attention to more traditional surfaces, and was crowned the 2014 Asphalt Rally – Class 3 Champion.

Appearances in a number of other categories followed, including the Dacia mono-brand challenge of the 2016 Spanish Rally Championship, before Suárez secured a second-place finish in the 2018 Catalonia ‘Volant RACC’.

In 2021, Suárez fulfilled his rallycross dream by participating at the Inaugural Season of the first-ever full-electric rallycross championship, the FIA RX2e. He now embarks on the second season, in the hope of writing some pages at Isak’s Second Chapter or even repeating the events of last year with his nemesis Patrick O’Donovan.

Pablo Suárez said: “Signing for the FIA RX2e’s second season feels like a “second dream” come true. RX2e was my last year’s promotion to the international rallycross scene. I want to thank all the sponsors that signed up for this second season!

As my background comes from rallies, I was not used to wheel-to-wheel racing and being constant in laptimes, so I had to work a lot – And got my results! All be said, I am glad to see that Spain has a national Rallycross Championship. Hoping it can ease the promotion of Spanish drivers to the international rallycross scene

Since I earned massive experience from last year, I can be a step forward from the beginning. My goal is to use what I learned on track and keep doing so as much as possible. This year’s grid promises lots of action and I’m so excited about it! We will try to make our best hoping to bring some podiums home!”

Javier Alonso, Project Manager, FIA RX2e Championship, said: “To having Pablo in our grid for second year in a row is a great synonym of what RX2e means to the athletes and their career development. Pablo’s performance at inaugural season was stunning, and everyone saw him growing along the season.

Suárez is obviously a huge talent and we’re excited to have him onboard. The RX2e grid is filling up fast and with every driver announced, our anticipation builds for the opening round of the season which is sure to provide plenty of action. We can’t wait to see what he has to say on track!”