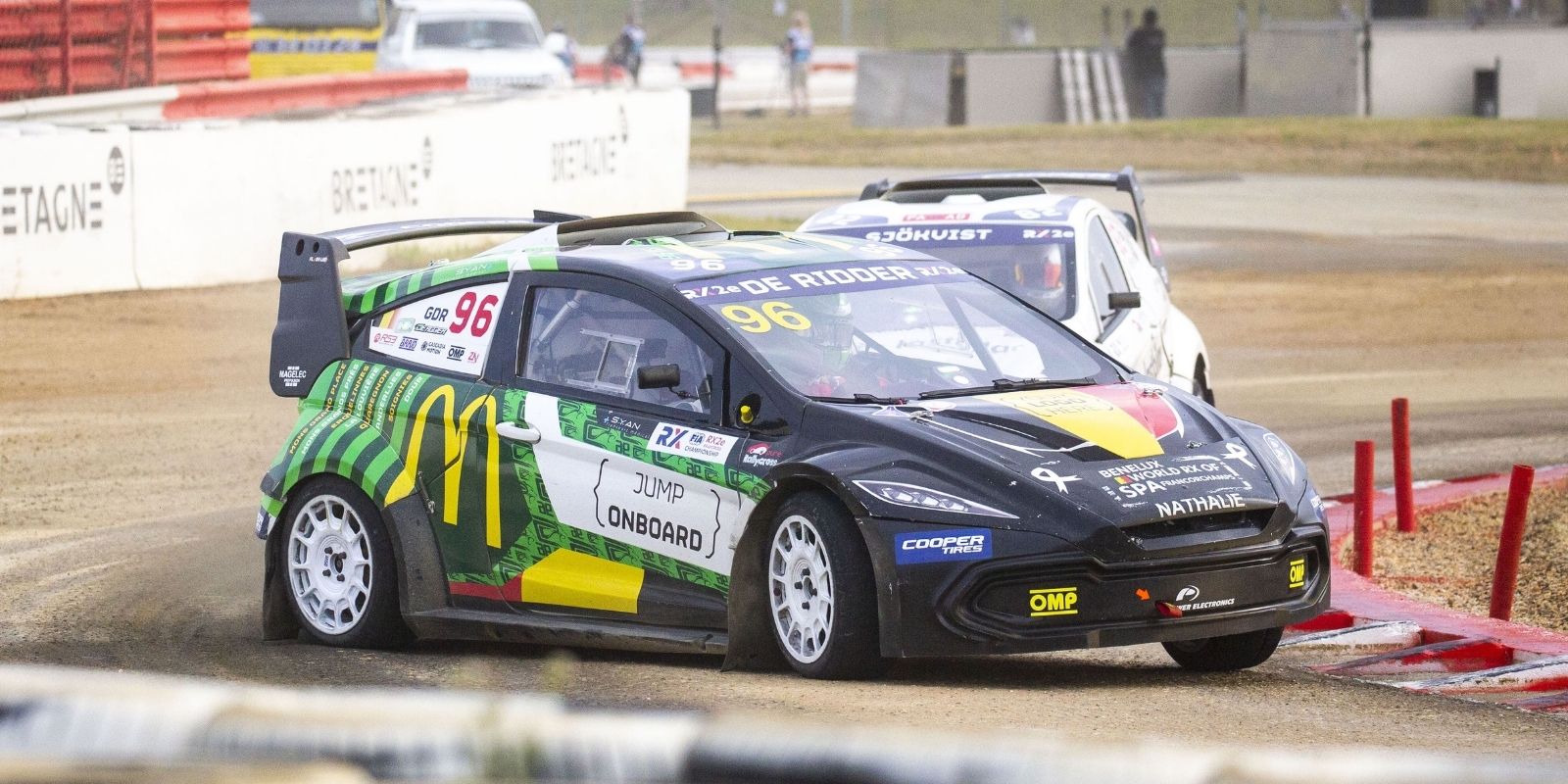 The FIA RX2e Championship heads to Belgium this weekend (October 9-10) for the penultimate round of the 2021 season, and there is sure to be plenty of action when the stars of the pioneering series take to the track at the iconic Spa-Francorchamps circuit.

Guillaume De Ridder currently leads the Drivers’ Standings in the first-ever FIA electric rallycross championship, but the home hero is just seven points ahead of closest rival Jesse Kallio and the pair will go wheel-to-wheel once more at the legendary Ardennes venue.

READ MORE: Kallio: You have to be perfect all the time if you want to win in RX2e

And there will be even more interest in the lead support category on the Benelux World RX of Spa-Francorchamps undercard thanks to four new drivers joining the fray for Round 4 of the inaugural campaign.

The upcoming event represents just the second time the FIA World Rallycross Championship has visited Spa-Francorchamps, with the 2020 meeting falling foul of the Covid-19 pandemic, but the fixture gained instant popularity among fans and drivers on it’s 2019 debut and more electrifying action can be expected this time around.

In addition to De Ridder and Kallio, RX2e regulars Patrick O’Donovan – the youngest competitor in the field at just 17 – and Pablo Suárez return for another weekend as they continue to build on promising maiden seasons of international rallycross competition.

They are joined by Swedish sensation Isak Sjökvist, who is eyeing third in the overall standings after backing up a podium finish on debut at Höljes with a run to the final last time out in Lohéac, and American ace Conner Martell.

The first-ever ARX2 champion will be looking to build on a frustrating weekend in France, where he showed plenty of pace but incurred two separate penalties which scuppered his chances of victory.

Klara Andersson became the first female driver confirmed to race in RX2e when the 21-year-old Swede’s participation at Spa was announced last week, and she has high hopes of impressing off the back of a title-winning campaign in the Swedish Rallycross Championship.

Compatriot Filip Thorén is another eyeing the next step up the rallycross ladder with the Hallsberg native having cut his teeth in folkracing before also entering into the Swedish National Championship during the past two seasons.

GZ will be making her rallycross event debut so the 27-year-old faces a steep learning curve at Spa, but her off-road experience – not least on the FIA World Rally Championship stage – will stand her in good stead for the demands of RX2e.

Motorcycle star Sanz does have an RX Lites appearance to her name back in 2015, but the 14-time FIM Women’s Trial World Championship winner and Dakar Rally regular is still building up her track time on four wheels – although it would be foolish to rule out such a naturally talented racer.

Guillaume De Ridder said: “I will not drive any differently despite leading the Drivers’ Standings, because I have learned in the past that the best thing to do in order to win a championship is to try and win races.

“That is the best way to score points and extend a lead. I will do everything I can to win in Spa, and it is also my home event so it gives me extra motivation to be on the top step!”

“We have a thrilling title fight on our hands and a closely-matched field that generates breathtaking wheel-to-wheel battles while a number of exciting new faces from varied motorsport backgrounds are set to race in Belgium, demonstrating the accessibility of the series.”

Racing is set to begin at 1215 CET on Saturday, 9 October, with all of the action across the board to be livestreamed in HD quality via the cutting-edge new RX+ broadcast platform. This premium production will grant subscribers unparalleled and unprecedented access anytime, anywhere and on any device, offering a choice of viewing angles, in-depth expert analysis, special behind-the-scenes features and exclusive interviews.

The Full Season Pass is on offer for the special price of €19,99, representing a 60% discount on the regular price of €49,99 and guaranteeing access until the end of the year. The Event Pass for Benelux World RX of Sp-Francorchamps is available for €7,99. For more information or to subscribe, click here