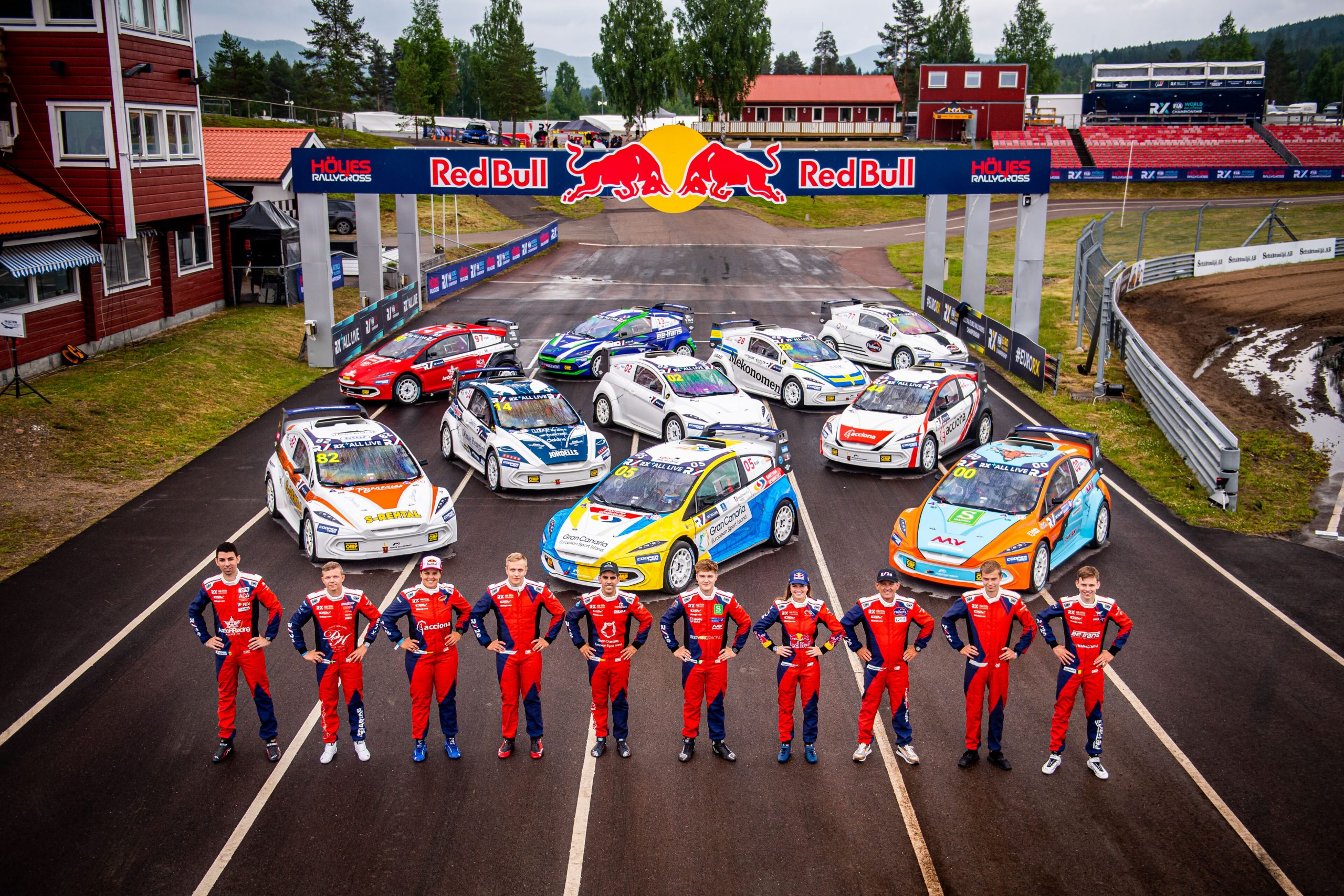 RX2e rings the changes with exciting new era in 2023

Building upon the success of its first two seasons, the FIA RX2e Championship – the all-electric support series to the FIA World Rallycross Championship – will embark upon a new era in 2023, with the introduction of a number of significant changes to secure its long-term future.

That list of competitors includes not only the likes of Olympic gold medal skiing hero Aksel Lund Svindal, 14-time FIM Women’s Trial World Champion Laia Sanz, multiple Formula 1 podium-finisher Nick Heidfeld and two-time MotoGP race-winner Carlos Checa – with the latter pair set to make their debuts in Catalunya this weekend – but also a raft of rising young stars. Klara Andersson has since gone on to reach the rostrum at the highest level in World RX, with 2022 championship leader Viktor Vranckx making no secret of his desire to similarly step up next year.

Up to this point, most cars have been run by QEV, but from season three, RX2e will become a team-based championship, with private outfits able to buy or lease cars and adapt the bodywork while QEV continues as single supplier.

Performance will also increase from 250kW to 270kW, with a ‘boost’ up to 350kW, while greater technical freedoms are under discussion and competitors will benefit from ten per cent more track time at race weekends than is currently the case.

The series will be awarded a European title from next year, with the 2023 campaign due to feature five races. Each two-car World Championship team will be granted a free entry to RX2e, while the RX2e champion will receive a free entry to World RX the following season, thereby forging a closer relationship with the main series and a clear pathway to the pinnacle of the sport.

Wlodek Szaniawski, President of the FIA Off-Road Commission, said:
“After successfully proving its enormous potential over the past two seasons through a combination of fantastic racing, a competitive and reliable technical package and one of the best cost-to-performance ratios in the sport, it is now time to open RX2e up to private teams, many of whom have already expressed keen interest in taking part.

“We also feel it is important to strengthen the link between RX2e and World RX, with whom the series shares both the paddock and the spotlight. Klara Andersson has shown this season that the skills she learnt in RX2e have enabled her to quickly adapt to the top level and take the fight to the very best rallycross drivers in the world – and we look forward to seeing many more following in her footsteps in the years to come.”

Joan Orús, CEO, QEV Technologies, added:
“RX2e started out as an arrive-and-drive concept, with the aim of making cutting-edge electric technology accessible to as many drivers as possible. Now that goal has now been achieved, we are delighted to present our changes for season three, which we are confident will bolster the series’ appeal and reinforce its position as the best category for aspiring professional drivers in rallycross as well as other off-road disciplines.”

All content contained within this email is rights-free for editorial use. Find all news releases, images and videos in the World RX News Room. For further content, visit the championship website: fiaworldrx.com.

About QEV Technologies
QEV Technologies is an electric mobility development and manufacturing company headquartered in Barcelona, Spain. The company was founded by Joan Orús 20 years ago with the pioneering vision ‘From Race 2 Road’. QEV is now committed to transferring the most advanced electric technologies to the public transportation sector. QEV is active in the world’s most important electric races, running teams in Formula E and Extreme E, and as the organiser and supplier of the FIA RX2e Championship. The technological innovation in electric racing has opened the door to the company to develop and manufacture high-performance vehicles from the design phase to the prototype and homologation, through being the official provider of other automotive brands such as Hispano Suiza and Arcfox.