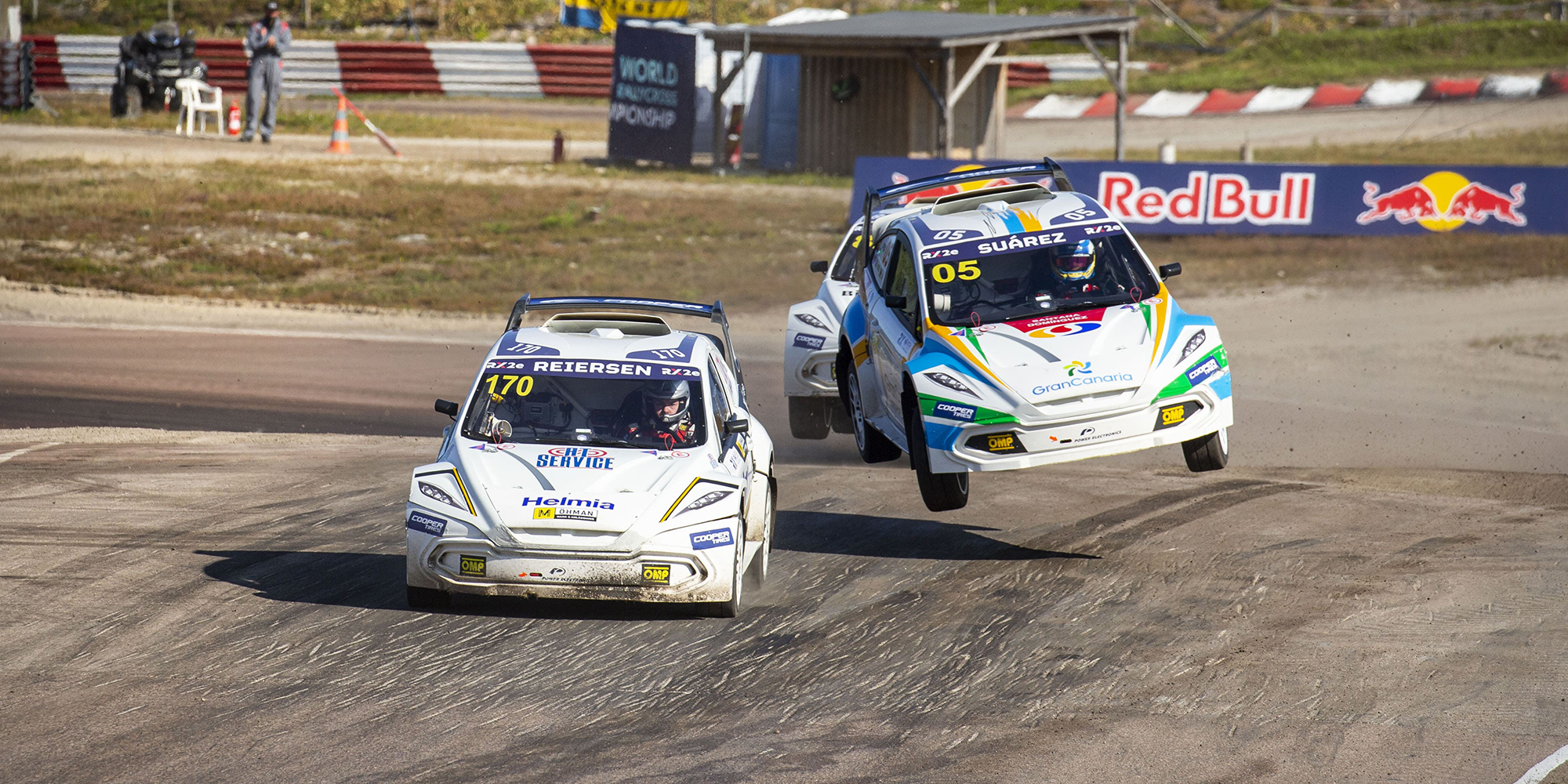 The FIA RX2e Championship has produced non-stop action throughout its inaugural campaign, with the all-electric series proving a major hit as the lead support series on the FIA World Rallycross Championship package.

Four events have already taken place this year, with a host of different drivers enjoying their first taste of cutting-edge machinery in the innovative new category, and the title fight is heading down to the wire at the Nürburgring later this month (November 27/28).

Recap on all the best bits from the 2021 campaign below.

The Belgian was fastest in all four qualifying sessions and battled to victory in his semi-final before taking advantage of an incident involving his main rivals Fraser McConnell and Jesse Kallio in the showpiece race.

That left the way clear for Ole Henry Steinsholt to claim second, with the Norwegian bouncing back after two significant crashes earlier in the day, while fellow teenager Patrick O’Donovan completed the rostrum on his international debut.

Kallio emerged triumphant after an enthralling battle with McConnell as Round 2 of the FIA RX2e Championship at the World RX of Sweden produced scintillating action at Höljes.

The Finnish ace bounced back from a disappointing Saturday to storm into contention with consecutive qualifying session wins before showing blistering pace in both the semi-finals and final to claim the overall spoils.

McConnell was a narrow second after impressing throughout the weekend at the iconic Värmland circuit, while Isak Sjökvist notched third on his RX2e debut after a frenetic final.

Dorian Deslandes stunned the rallycross world with a spectacular victory on his FIA RX2e Championship debut at the Bretagne World RX of Lohéac.

The 18-year-old took two qualifying session wins and a semi-final triumph before keeping his cool to hold off fellow series newcomer Reinis Nitišs and Drivers’ Standings leader De Ridder on his international bow.

The result sparked emotional scenes at the iconic Brittany circuit, with Deslandes jumping onto the roof of his car and taking in the adulation of the partisan crowd while a visibly-emotional Cyril Raymond, mentor to the young French prodigy, looked on.

De Ridder held off title rival Kallio to claim a superb victory at the Benelux World RX of Spa-Francorchamps, putting the Belgian in control of the title fight ahead of the season finale at the Nürburgring.

De Ridder battled back from a tough Saturday to seal a popular win and extend his lead in the Drivers’ Standings to nine points, while the ever-improving Swedish ace Sjökvist came home third as the first-ever FIA electric rallycross championship served up spectacular action at the iconic Ardennes circuit.

Meanwhile, Klara Andersson impressed hugely on her RX2e debut with the Swedish racer setting third-fastest times in Q2 and Q3 on her way to a fourth-place finish.