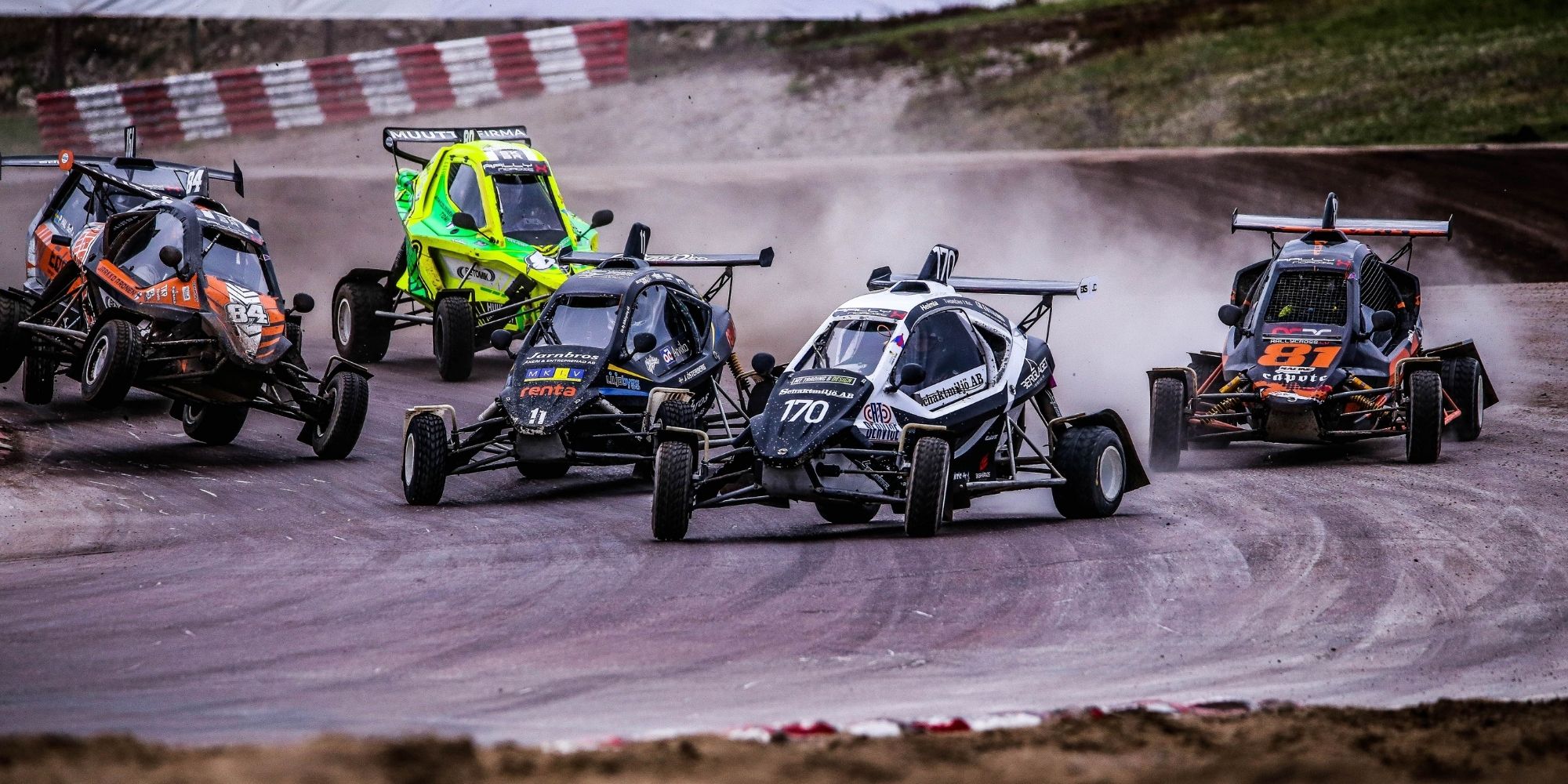 Isak Reiersen is venturing into the unknown when he makes his FIA RX2e Championship debut at Höljes later this month (August 20-22), but the youngster is keen to hit the ground running and enjoy his international rallycross bow.

The 17-year-old is the latest exciting prospect to enter the first-ever FIA electric rallycross championship, and Round 2 at the World RX of Sweden will mark his maiden appearance in a four-wheel drive car.

Reiersen has already forged an impressive reputation in his short racing career, having secured multiple national CrossCar championships and consistently run at the front in the RallyX Nordic series.

But the step up to the international stage is a major milestone in the EKS JC driver’s progression, and he will be keen to adapt quickly to the unfamiliar technology unique to the RX2e category.

The all-electric series is the result of a collaboration between Spanish electro-mobility specialists QEV Technologies and Swedish rallycross powerhouse Olsbergs MSE, with the one-make class designed to provide young drivers with a pathway to the top of the sport.

Utilising an ‘arrive and drive’ concept, the leading support series on the FIA World Rallycross Championship package sees some of the world’s best young talent go doorhandle-to-doorhandle behind the wheel of cutting-edge cars capable of producing 250kW (335bhp) of power and up to 510Nm torque.

The machinery is not like anything Reiersen has driven before, but he certainly has the potential to excel at the new challenge – highlighted by three Swedish CrossCar Championship titles in 2014, 2016 and 2018 and a pair of third-place overall finishes in the RallyX Nordic CrossCar category.

Reiersen, who has been racing since he was eight years old and also has RX Academy, RallyX On Ice and rallying experience, is currently joint-top of the RallyX Nordic CrossCar/Crosskart standings ahead of the season finale – taking place at Arvika on August 13-15 – but is keeping his expectations for RX2e success in check.

Isak Reiersen said: “This will be my first appearance in a four-wheel drive car and it will be really interesting to try out – but the fact that it’s electric will probably not make it easier!

“The main goal is to do my best, but of course every time I compete I want to finish as high as possible. It will be a fun experience and an event I will remember for the rest of my life. A big thanks to EKS JC for the opportunity, and to all my fantastic sponsors.”

Pere Gonzalez, Project Manager, FIA RX2e Championship, said: “It is fantastic to have Isak join the FIA RX2e Championship field for Round 2 of the season – he is exactly the profile of driver this series is designed for, and it will be fascinating to see how he adapts to four-wheel drive and our all-electric technology.

“His performances in the RallyX Nordic CrossCar category for EKS JC this season have been particularly eye-catching, and we look forward to seeing him make the step up on the international stage.”

Catch every single RX2e race this season live on the new RX+ broadcast platform – don’t miss a second of the action, while there is also heaps of behind-the-scenes content and bonus features for you to enjoy.