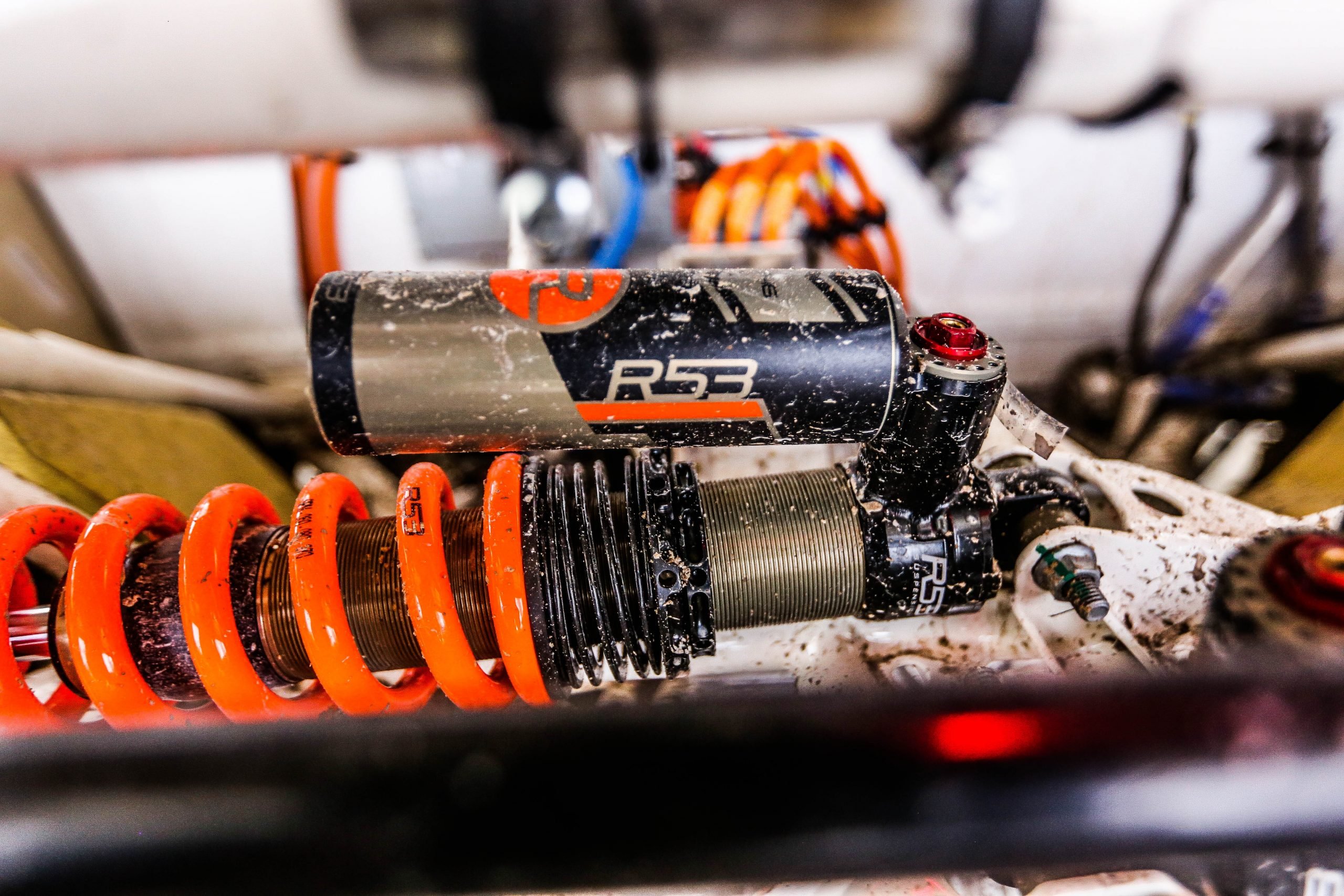 The FIA RX2e Championship has a number of key partners to thank ahead of its inaugural season – not least R53 Engineering and their specialist sub-division R53 Suspension.

While the first-ever FIA electric rallycross championship may be pushing sustainable technology boundaries, the series remains rooted in the fundamentals of the sport and that means all-out action at outrageous speeds over punishing terrain.

Rallycross has always been an attritional sport, with engineering evolving to cope with the demands of wheel-to-wheel racing on a multitude of different surfaces.

And while the new RX2e car has an all-new propulsion system – a 30kWh battery that delivers equal power to front and rear axles via a pair of motors, generating 250kW (335bhp) and up to 510Nm torque – the cutting-edge vehicle still needs more traditional rallycross components if it is to consistently perform at a high level.

That’s where R53 Engineering come in, with their bespoke and fully customised shock absorbers playing an integral part in keeping RX2e running smoothly.

Founded in 2008 with the sole purpose of delivering high-quality engineering solutions, motorsport has always been at the heart of R53 Engineering. The company’s team of experts boasts more than 25 years of experience in the industry, and their continued research and development work makes R53 Suspension a world leader in the field.

Located at the heart of the UK Motorsport Valley in Warwick, the organisation’s key employees previously enjoyed success with Tommi Mäkinen and the Mitsubishi WRC Ralliart Team in the World Rally Championship before R53 became an exclusive supplier to homologated racing programs such as GT3, GT4 and Formula E.

R53 has experience working on Dakar Rally programmes while other customers include McLaren (Automotive and Motorsport), Bentley, Gordon Murray Design and Renault Sport.

The RX2e shock absorbers are a bespoke ST46 product, specifically intended to maximise the performance of the all-electric car thanks to a triple adjustable coil over damper with separate and independent compression and rebound adjustments.

The high-strength lightweight aluminium components, including the 46mm piston, are ideal for the robust nature of rallycross competition while the hydraulic bump-stop (HBS) and OptiFlow Technology utilised are an indication of R53 Suspension’s expertise – and can handle anything the RX2e season throws at them.

Roger Estrada, Managing Director of R53 Engineering, said: “The new FIA RX2e Championship poses a series of tough technical questions for suppliers and partners, but the expert team at R53 Engineering have risen to the challenge and produced a product that perfectly caters to the needs of the series.

“We are accustomed to being at the forefront of elite level motorsport, and it is a privilege to be part of a new dawn in rallycross as we transition into an electric future.”

Pere Gonzalez, Project Manager, FIA RX2e Championship, said: “The contribution of R53 Engineering and R53 Suspension ahead of the first-ever FIA RX2e Championship has been immeasurable, with their shock absorber components providing a stable foundation from which to further develop our cutting-edge car. They are a valued and trusted partner.”