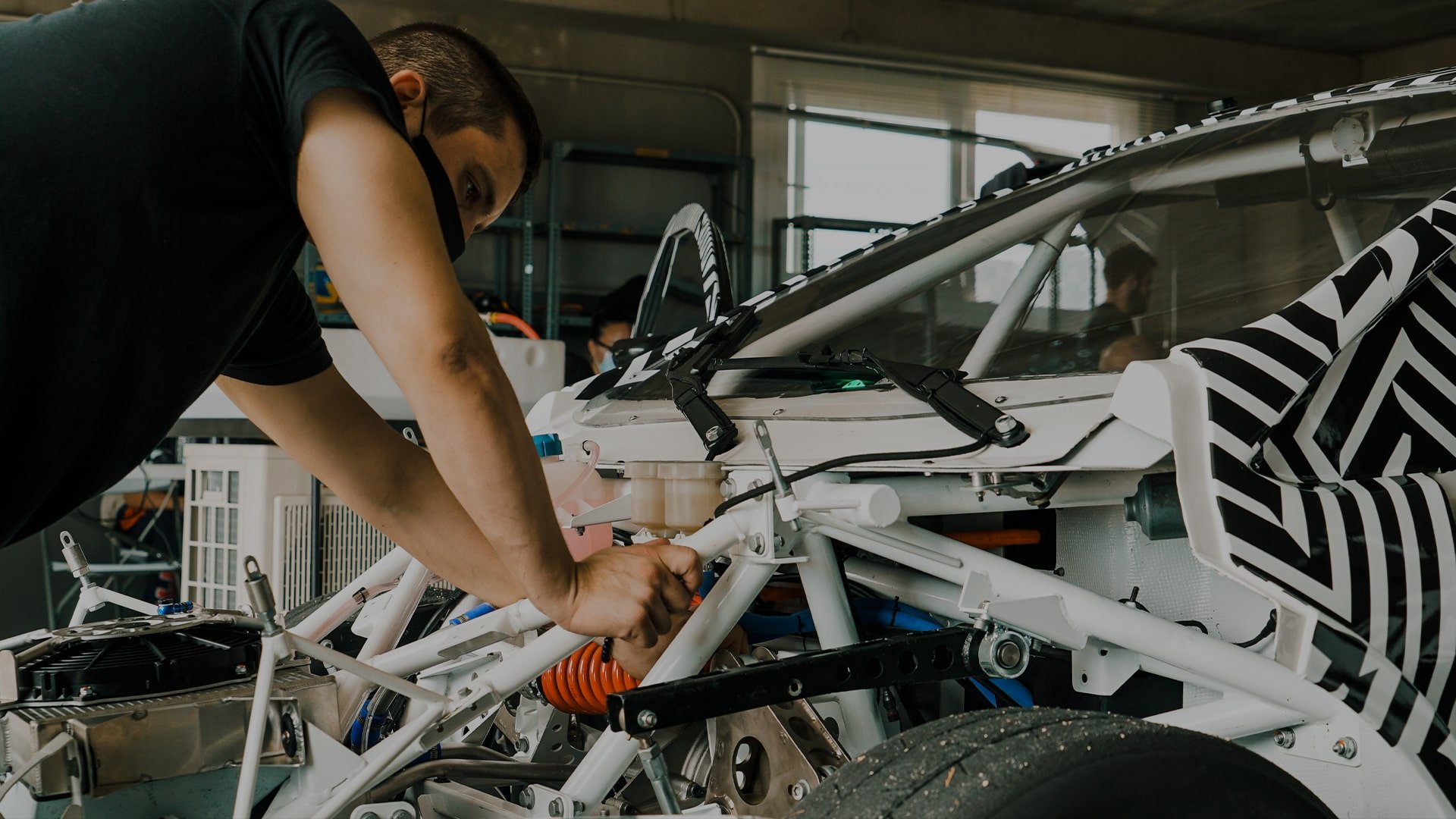 Alongside Swedish rallycross powerhouse Olsbergs MSE, Spanish electro-mobility specialist QEV Technologies is one of the driving forces behind the new-for-2021 FIA RX2e Championship, the first-ever FIA electric rallycross championship, but how did the company become the authority on electric vehicle engineering, design and production that it is today?

Headquartered in Barcelona, next door to the famous Circuit de Barcelona-Catalunya – home to the World RX of Catalunya-Barcelona – QEV was co-founded by Joan Orús (CEO), Juan Fernandez (CTO) and Rubén Espín (CFO) in 2013 as CR TECH S.L., before being rebranded as QEV Technologies four years later.

A mechanical engineer by trade, Orús – whose racing spirit has led the company to multiple victories in a wide variety of motorsport championships and disciplines – began his journey at university 20 years ago when he created a solar-powered electric car that raced across salt lakes in Australia.

At QEV, the Spaniard has led the development of 11 different vehicles – and powertrains for many more – and over the course of his career has worked in Formula 1, Formula E, the FIA World Rally Championship and at the legendary Le Mans 24 Hours, collaborating closely with drivers of the calibre of Fernando Alonso, Lucas Di Grassi, Nelson Piquet Jnr and Vitaly Petrov.

Sparking its expertise in electric motorsport, QEV was involved in Formula E from the outset, propelling Piquet to the title with NEXTEV TCR (now NIO) during the series’ inaugural season in 2014/15 before striking up a long-term operational partnership with Mahindra Racing, for whom Orús acted as Team Manager.

Those many years of experience in racing – from Formula E to the FIA World Touring Car Championship and TCR – have yielded an impressive track record of success while simultaneously honing the company’s electro-mobility and R&D expertise.

Motorsport has provided the ideal environment for QEV to design, test and perfect a wealth of sophisticated and innovative electric vehicle technologies, which are subsequently deployed for the benefit of automotive companies large and small.

An internationally-respected pioneer in the realm of electric mobility, QEV continues to operate at the highest levels in electric motorsport today. Not only was the company recently unveiled as the technical partner of the Acciona | Sainz XE team in new sustainable off-road E-SUV series Extreme E, but it has been entrusted with playing a dominant role in the design and development of the bespoke, lightweight, four wheel-drive electric rallycross car that forms the basis for RX2e.

The first-ever FIA electric rallycross championship will get underway next year, with six European events planned for its inaugural campaign, all in support of the high-profile FIA World Rallycross Championship.

“Throughout the evolution of QEV Technologies, we’ve always embraced cutting-edge technology, especially in the field of electric mobility. Our EV projects date back 20 years, and we keep pushing to develop high-end technology and continually raise the bar. Nowadays, we are proud to say that we have gathered the best electric engineers and motorsport mechanics in the world to work with us.

“Racing evokes innovation in my mind and is the ultimate research and development laboratory for new technologies. We use it as a platform for our R&D team to test innovations in electric mobility, and these new innovations feed into the road vehicles we develop – from supercars to mass-market applications. I’m always pushing the limits and motivating the whole QEV team to do the same.

“We are grateful to have the chance to adapt our knowledge into the FIA RX2e Championship and we are confident that with the car we have developed, RX2e will generate more dynamic and spectacular action than has ever been seen before in rallycross.” 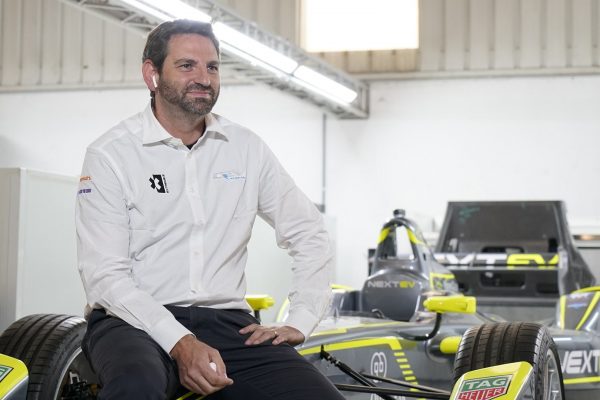 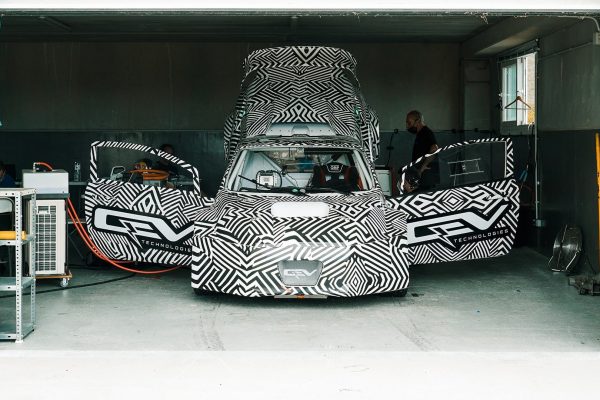 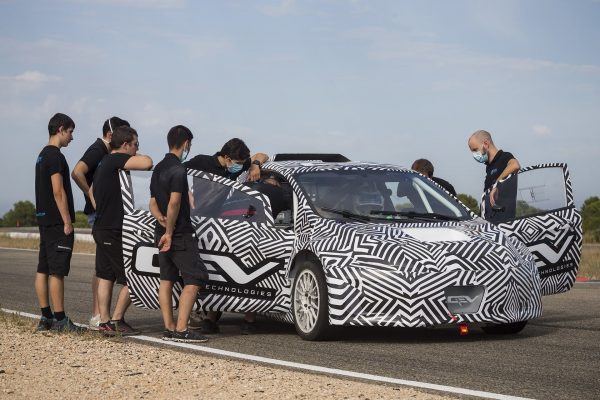 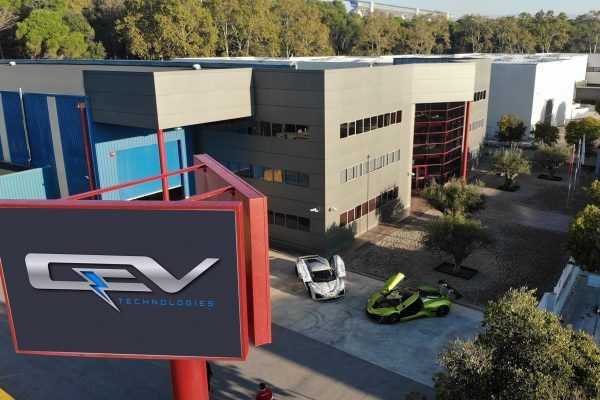 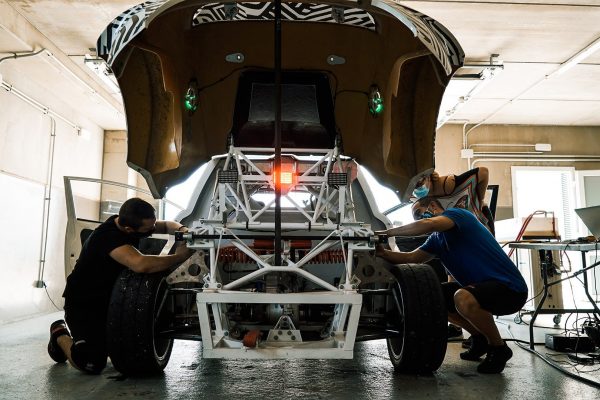 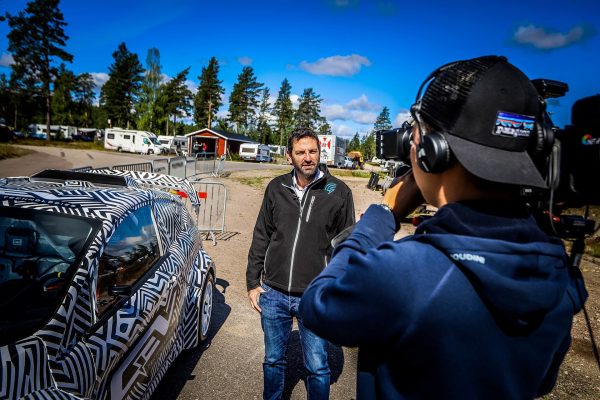