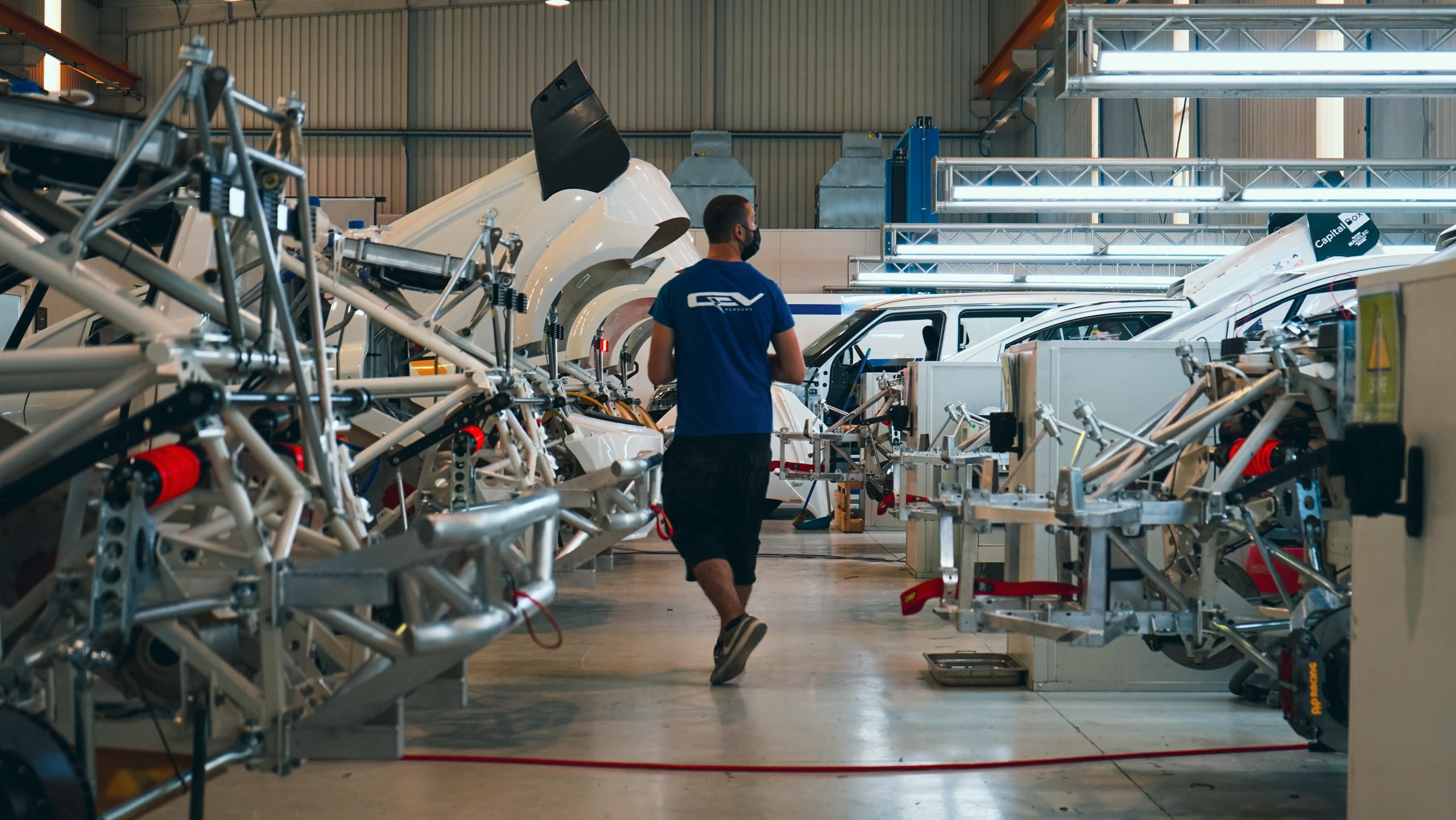 The FIA RX2e Championship gets underway next month at the Circuit de Catalunya in Barcelona, with the all-electric series set to showcase some of the brightest young driving talents behind the wheel of pioneering, cutting-edge cars.

The first-ever FIA electric rallycross championship, which will operate as a support series for the FIA World Rallycross Championship, surges into life with a unique evening format on July 23 and 24 – just metres from the headquarters of founding partner QEV Technologies.

The Spanish electro-mobility specialists, in partnership with Swedish rallycross powerhouse Olsbergs MSE, have designed, developed and built 20 identical, lightweight RX2e cars in their Barcelona factory for use in the inaugural campaign – and it’s almost time to see them race competitively.

Pere Gonzalez, Project Manager of the FIA RX2e Championship said: “The start of the 2021 season has been a long time coming, but we’re so excited that its finally here!

“We’ve faced a host of challenges to get to this point, but I am happy with how we have dealt with everything the last year has thrown at us and we all can’t wait to get going.

“It was disappointing to lose an event from our original calendar but there are few better places to kick off our inaugural season than in Barcelona, right next to QEV headquarters! The evening format will add even more excitement to the opening round, and we are hoping we might also be able to welcome some fans back track-side.

“QEV, Olsbergs MSE and all our partners have shown admirable resilience and adaptability to get this championship up and running, and we truly believe this is the future of rallycross.”

One of RX2e’s key appeals is the emphasis placed on skill behind the wheel due to the homologated nature of the car – which generates 250kW (335bhp) of power and up to 510Nm torque.

The all-wheel drive machine has 50/50 weight distribution with power supplied evenly to the front and rear wheels by a pair of motors and inverters, while the 30kWh battery ensures performance levels exceed those of the preceding RX2 car.

The new RX2e racer has already been put through its paces thanks to the hugely popular Superteam Challenge which took place at Höljes during Rounds 3 and 4 of the RallyX Nordic series in May.

The demonstration competition saw nine of the best off-road talents team up to race three of the all-electric cars, with Johan Kristoffersson, Timmy Hansen and Sebastian Eriksson emerging victorious after six frenetic heats. The trio got the better of Andreas Bakkerud, Kevin Eriksson and Anton Marklund in one car and Kevin Hansen, Oliver Eriksson and two-time World Rally Champion Marcus Grönholm in the other.

“Rallycross is all about the on-track action, and we expect plenty of that from RX2e,” said Gonzalez.

“The Superteam Challenge gave fans a taste of the kind of exhilarating racing our new electric car can produce, and we hope to provide some of the most promising young drivers around a platform to really show off their talents.

“I think all the drivers who took part in the Superteam Challenge were pleasantly surprised with the high performance levels of the car. Having the likes of Johan Kristoffersson, Timmy Hansen and Andreas Bakkerud providing feedback at Höljes was invaluable, as they know exactly what they want when behind the wheel.

“QEV and Olsbergs MSE have worked closely to design, develop and manufacture a car that is perfectly suited to the demands of rallycross. It is capable of producing an astounding amount of torque almost instantly, giving drivers the freedom to really push to the limits.

The 2021 FIA RX2e Championship will visit the Nürburgring in Germany, Höljes in Sweden, Lohéac in France and Spa-Francorchamps in Belgium after the curtain-raiser in Barcelona.

“Supporting the FIA World Rallycross Championship at five rounds this season, we will race at some of the most iconic and spectacular venues in the sport and hope to create some truly unforgettable memories,” said Gonzalez.

“The QEV factory has been a hive of activity in recent weeks as the finishing touches are put on the cars ahead of the 2021 campaign, and we honestly can’t wait to see them on track!”