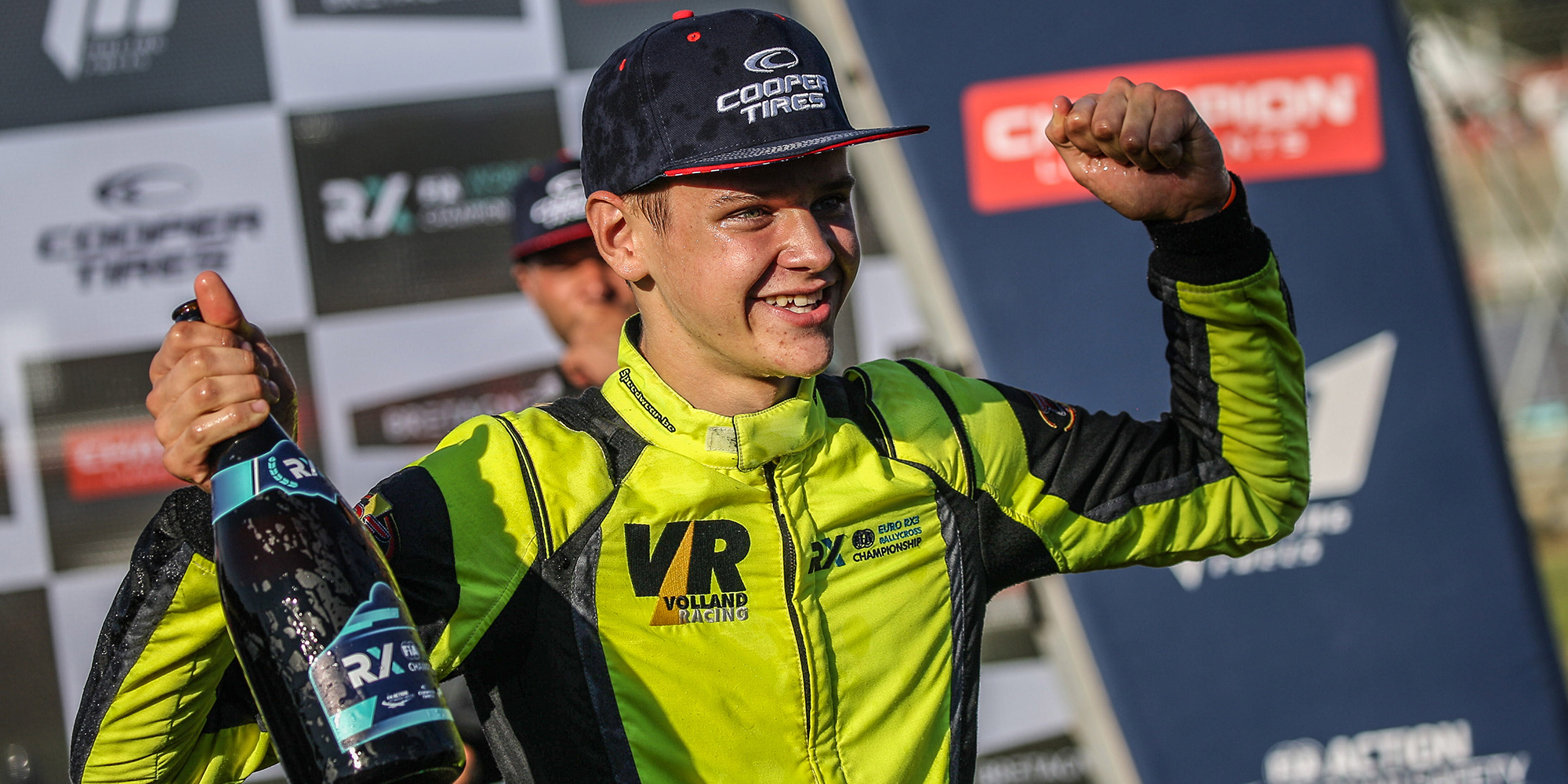 Kobe Pauwels is set to make his debut in the FIA RX2e Championship at the World RX of Germany (November 27-28) later this month, where the Belgian ace will experience all-electric rallycross for the first time.

The 17-year-old is certainly not a newcomer to the World RX paddock, having competed in the 2021 Euro RX3 championship. Now that series has reached its conclusion, however, Pauwels is making a guest appearance in the first-ever FIA electric rallycross championship and is targeting a strong result from the outset.

Like his grandfather (national rallycross competitor Benny Pauwels) and his father before him (World Championship Supercar racer Koen Pauwels), Kobe has taken to rallycross like a duck to water.

Following an initial stint on the European and International karting scene in which he clinched the 2016 European Mini Max Championship and seventh in the World Championship standings that same year, Pauwels made the switch to rallycross and hasn’t looked back since.

Victory in his first-ever car racing entry at the 2020 British Rallycross Championship finale at Lydden Hill only added to Pauwels’ burgeoning reputation, and so the stage was set for him to make his debut on the World RX package in 2021.

Having snatched a breathtaking victory at Lohéac at the midway point of the season and notched a further two podiums throughout the year, Pauwels ended the season as vice champion at the first time of asking, paving the way for a preliminary RX2e entry.

Kobe Pauwels said: “I’m so excited to try out the RX2e car. It’s been great to be on the World RX bill in Euro RX3 this year, but this will definitely be a case of adding another string to my bow. Racing in general, not just rallycross, is moving towards electric technology so it’s important to get ahead of the curve in terms of experiencing the technology.

“The field has looked really competitive all year so I’m eager to see how I compare to the guys who have been doing this all year. Obviously, I’m targeting a good result to finish the season, I think a podium is a realistic goal.”

Pere Gonzalez, Project Manager, FIA RX2e Championship, said: “We’re thrilled to have Kobe [Pauwels] join the FIA RX2e paddock at the Nürburgring. We have enjoyed an incredibly high standard in the series so far this season and we’re clearly going to finish on yet another high note in Germany.”

“Pauwels has proved his worth in Euro RX3 this season by finishing as vice champion in his first year of international competition and his credentials speak for themselves prior to joining the World RX paddock. I think we’re all keen to hear his feedback on our pioneering new car during his first weekend competing in all-electric rallycross.”