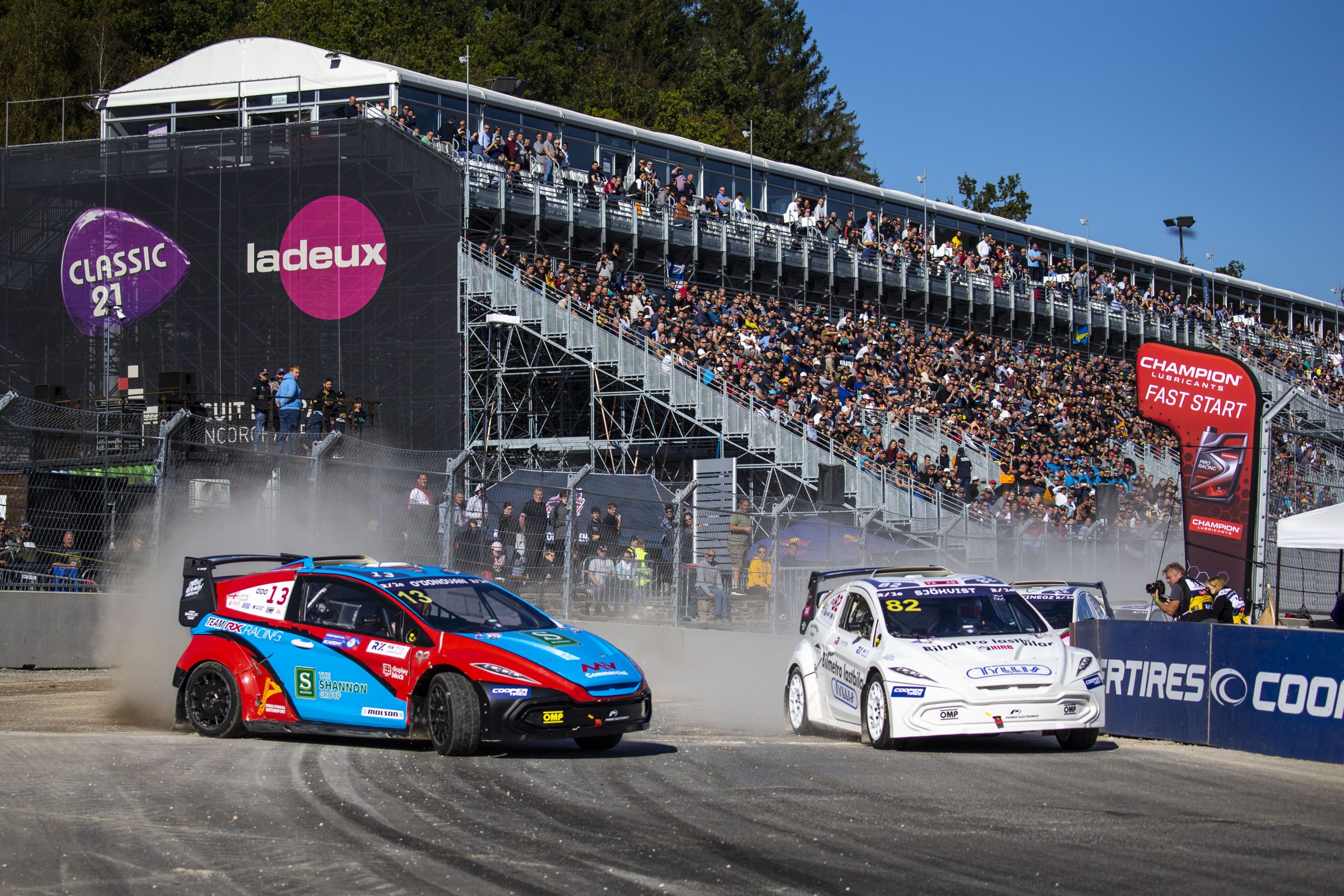 Youngster Patrick O’Donovan is the latest rising star to enter the FIA RX2e Championship Season 2 in search of what was taken from him. O’Donovan, who made his first rallycross championship debut in last year’s inaugural FIA RX2e season, achieved 4th position in the general standings – tied in points and podiums with the Spanish Pablo Suárez, who ended in 3rd place.

O’Donovan is a rising star in the sport, and big things are expected of the Motorsport UK Academy member ahead of the opening round of the upcoming RX2e Season 2.

FIA RX2e, a joint project between Spanish electro-mobility specialist QEV Technologies and Swedish rallycross powerhouse Olsbergs MSE, is the leading support series to the World RX program and will see competitors face off in identical four wheel-drive, all-electric cars capable of generating 250kW (335bhp) of power and up to 510Nm of torque.

The son of former British Rallycross Champion and Euro RX Supercar podium-finisher Ollie O’Donovan, Patrick certainly has the pedigree to honour his roots.

He made his rallycross debut in 2018 – aged just 14 – racing a single-make 1300cc Suzuki Swift. After just a year in the category, the starlet went on to become a title contender in 2019 and eventually finished second in the overall standings.

With high hopes, O’Donovan has signed for an all-round RX2e second season, ready to show off his last years’ experience. With a burgeoning grid of promising stars, he will have to beat a diverse line-up of drivers – and will try to solve the growing-but-eternal rivalry forged at the Inaugural Season with Pablo Suárez.

Patrick O’Donovan said: “I’m really, really happy to announce that I will be competing in RX2e again this year. I learned a lot last year and I had a lot of fun in the process. This year my aims are to build on last year’s performance and try to challenge for top results.

I have really enjoyed racing the Supercar in the British Championship and other events so far this season, and while the cars are obviously very different between Supercar and RX2e in some ways, the experience has been really beneficial and I hope to carry that forward with me into RX2e.

Let’s see what we can do. I’m also excited to go to Holjes with a full crowd for the first time, it’s a special event and I think it’s going to be even better this year.”

Javier Alonso, Project Manager, FIA RX2e Championship, said: “The purpose of RX2e, beyond providing thrilling wheel-to-wheel racing and a platform for technological innovation, is to serve as a direct pathway into the FIA World Rallycross Championship.

“Patrick is one of several young drivers who see this series as an excellent opportunity to state their case for a spot in the elite category. His performance during the inaugural season left no one indifferent. Some rivalries were born, and we are looking forward to seeing how they solve their differences on track.

“He has already shown excellent racecraft throughout his career to date and it is clear he has bags of potential, so we are delighted to have him aboard. We wish him all the best this second season.”