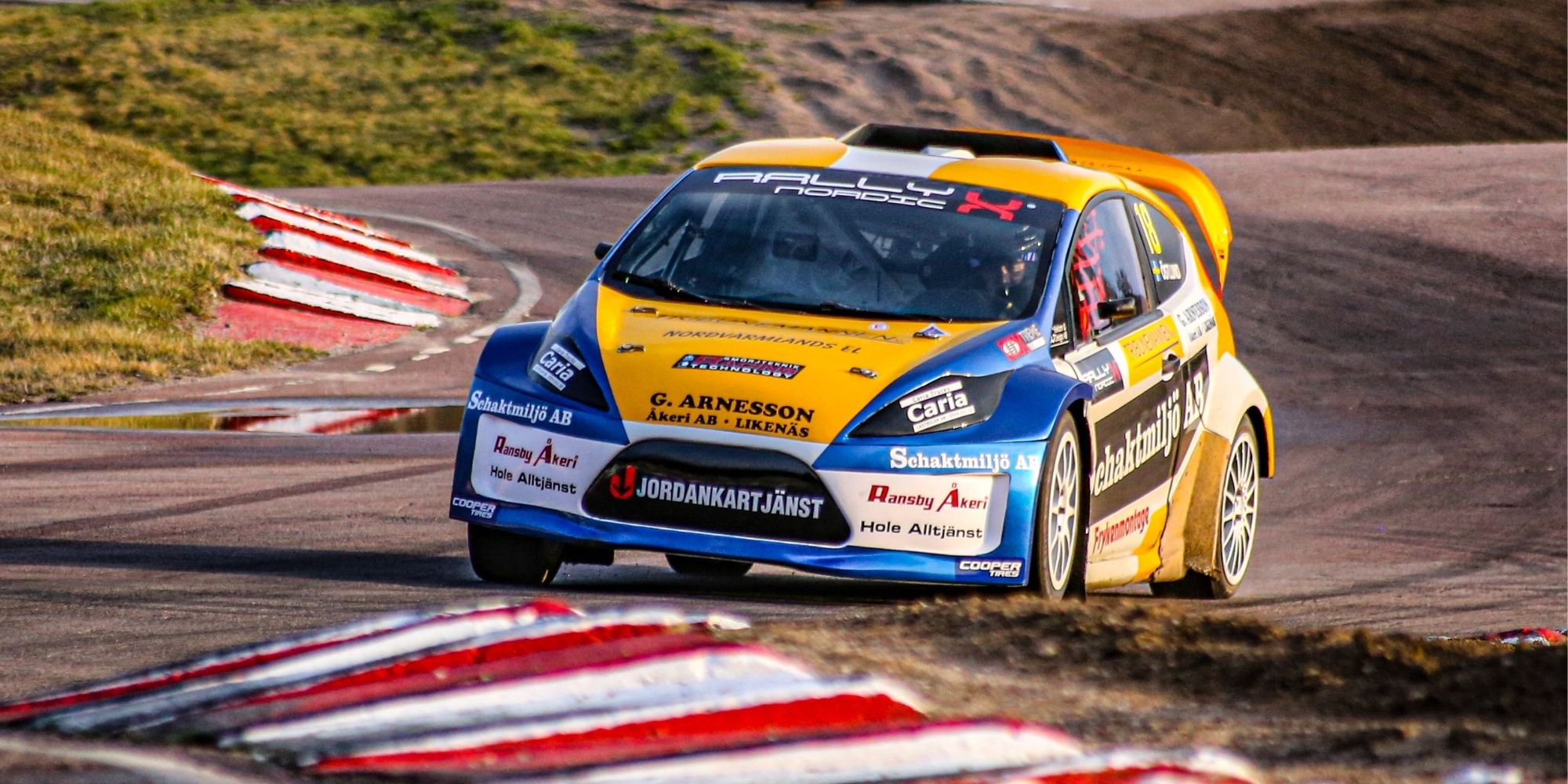 Linus Östlund is looking to take the latest exciting step in his motorsport career when the promising youngster makes his FIA RX2e Championship bow at the World RX of Sweden next week (August 20-22).

The 21-year-old is one of four drivers set to make their debut in the first-ever FIA electric rallycross championship at Höljes as the series continues to attract some of the most exciting talent around.

Östlund will be keen to make local knowledge count, with the Sysslebäck native having grown up learning his trade at the iconic Värmland track which is the setting for Round 2 of the inaugural RX2e season.

However, he will have to get up to speed with the all-electric technology quickly if he is to match early pacesetter Guillaume De Ridder – who secured a clean sweep in the curtain-raiser at the World RX of Catalunya – and the Belgian’s fellow frontrunners.

Östlund has all the tools to be competitive, having honed his skills competing in various Crosskart categories – and claiming six Swedish championships – before making the transition to RX2 machinery.

Making his series debut at Höljes in 2018, Östlund secured a stunning second-place at the same circuit a year later and followed that up with fifth at the 2019 season finale in South Africa.

The Swede simultaneously put together an impressive title challenge in the RallyX Nordic Supercar Lites class, eventually finishing second to Ben Philip Gundersen despite wins at Finnskogbanen and Tierp.

He was then fourth in 2020, and sixth in the truncated RX2 series held as a double-header showdown at Nysum, while he is in the mix for another top-three finish in the Supercar Lites standings this season despite a frustrating campaign.

Östlund undoubtedly has proven quality on home turf, winning the Swedish Championship element of RallyX Nordic in both 2019 and 2020, but he’s not the only local driver looking to use RX2e’s visit to Höljes as a springboard to bigger things with compatriots Nils Andersson, Isak Reiersen and Isak Sjökvist also joining the grid for Round 2 of the lead support series on the World RX package.

Linus Östlund said: “I was lucky to get the chance to test the RX2e car when QEV brought four machines over for demonstration runs during Rounds 3 and 4 of RallyX Nordic at Höljes earlier this year.

“I have always wanted to drive at Höljes again on the World RX programme, and when the opportunity came up to compete in RX2e I just couldn’t say no!

“The new RX2e car is super-fun to drive and the track is the best. I can’t wait to get started.”

Pere Gonzalez, Project Manager, FIA RX2e Championship, said: “Linus is yet another exciting addition to the FIA RX2e field. He has been a consistent frontrunner in the RallyX Nordic Supercar Lites category and it is a natural fit that he should want to test his skills in the next generation of rallycross machinery.

“He is vastly experienced around Höljes and we are sure he can give our talented grid of drivers a run for their money at his home circuit.”