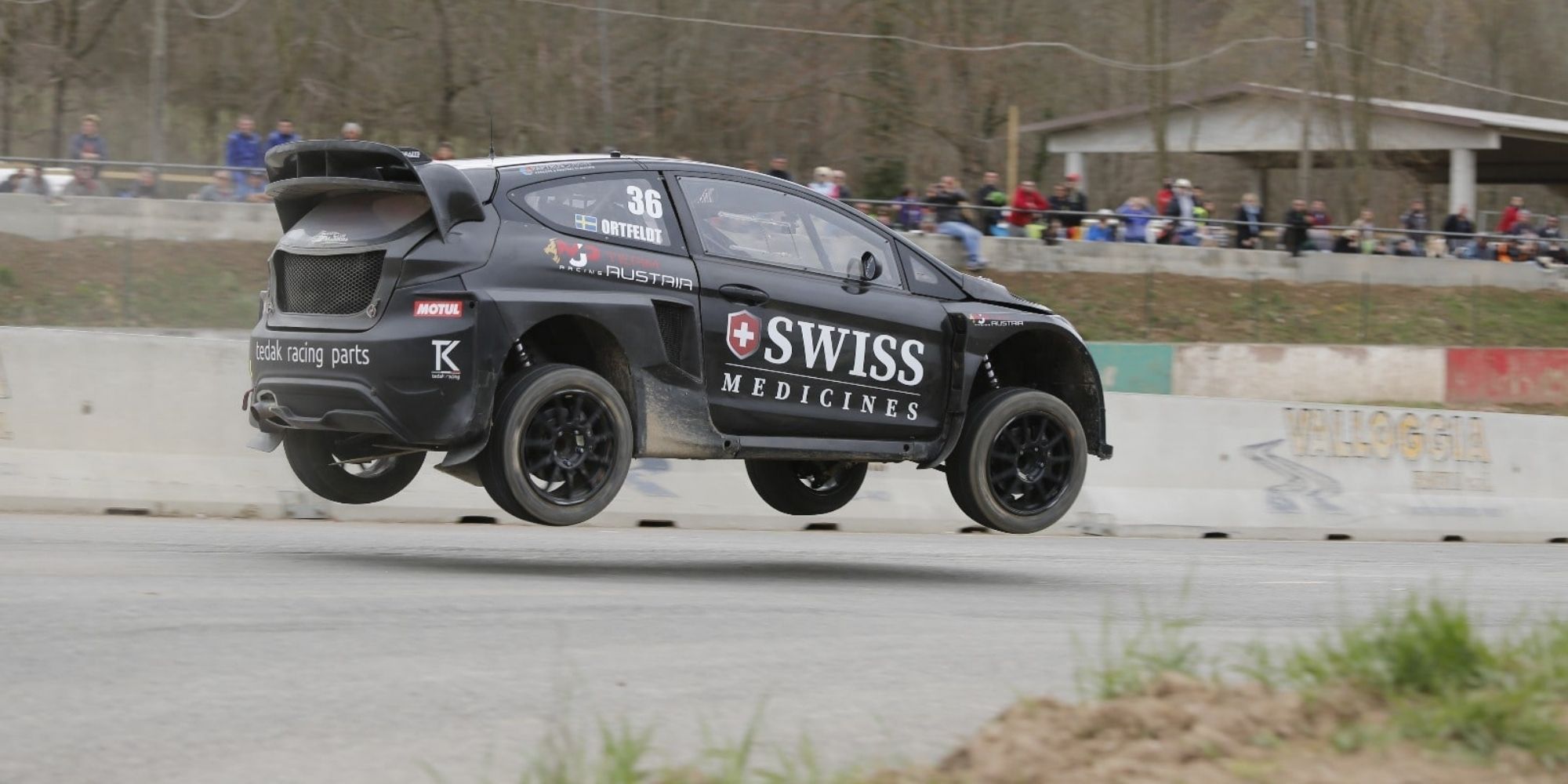 Oscar Ortfeldt will compete in the inaugural round of the FIA RX2e Championship at the World RX of Catalunya, which gets underway in Barcelona this week (July 23-24).

The Swedish veteran will bring a wealth of experience to the first-ever FIA electric rallycross championship, augmenting a grid that already has an intriguing mixture of youthful potential and wiser older heads.

Ortfeldt is a late replacement for Spanish ace Pepe Arqué, with the CrossCar champion unfortunately ruled out of his home event after testing positive for COVID-19.

Ortfeldt, whose motorsport career spans more than 40 years and includes spells in rallying and sportscar racing, said: “My first taste of rallycross was back in 2015/16, testing an RX2 car at Höljes.

“RX2 was quite a new class back then, but the test ended up the only way it ever could – I bought a new car from Olsbergs MSE!

“I had a lot of fun testing it on different tracks in Sweden, and then took it to Italy for more testing and competition as I gained experience in the discipline.

“I am very curious about RX2e, having heard a lot of good things from the drivers who have managed to get behind the wheel of the new car.”

Ortfeldt began his racing career on two wheels, competing for several years in Italian motocross events before taking a break to complete his studies and subsequently switching to karting and Toyota F3.

In 2004, the Swede enjoyed notable success winning his class in the famous ‘Pavia-Venezia’ powerboat race – clocking an average speed of 155km/h – before turning that competitive nature to rallying and competing on the World Rally Championship stage across several seasons.

Ortfeldt also enjoyed brief stints in the Camaro Cup and the Lamorghini Supertrofeo but then turned his attention to rallycross, coming second in the 2018 Campionato Italiano Supercar class and bagging a Supercar event win at the Maggiora Off-road Arena in the FIA CEZ Rallycross Championship.

That experience will stand him in good stead ahead of his RX2e debut, while the sustainable aspect of the series – which is the lead support category for the FIA World Rallycross Championship – is another reason Ortfeldt is excited to be involved from the off.

“I have changed a lot over my career, and driven a huge range of different cars, but rallycross is definitely my passion,” Oscar Ortfeldt said.

“On a wider level, as a human being on planet Earth, I am glad that motorsport can find a way to exist in a zero-emission form. The technology that will be on show is really impressive, and I want to see for myself just how good it is.”

Pere Gonzalez, Project Manager, FIA RX2e Championship, said: “It is disappointing that Pepe will not be able to compete at his home event, as he has worked hard and sacrificed a lot to be on the grid, but we are pleased to have such a talented driver in the form of Oscar stepping up to take his place.

“Oscar has a wealth of experience across multiple different motorsport disciplines, and that knowledge will be vital in getting up to speed alongside our highly-competitive field at the World RX of Catalunya.”

The 2021 FIA RX2e Championship will visit Höljes in Sweden, Lohéac in France, Spa-Francorchamps in Belgium and the Nürburgring in Germany after the curtain-raiser in Barcelona.

All of the high-octane action will be broadcast live and on-demand across the new RX+ platform throughout the season. Every race will be shown live in HD – from the very first qualifying contest right the way through to the showpiece finals – while there will also be hours of exclusive content, analysis and interviews for subscribers to enjoy.