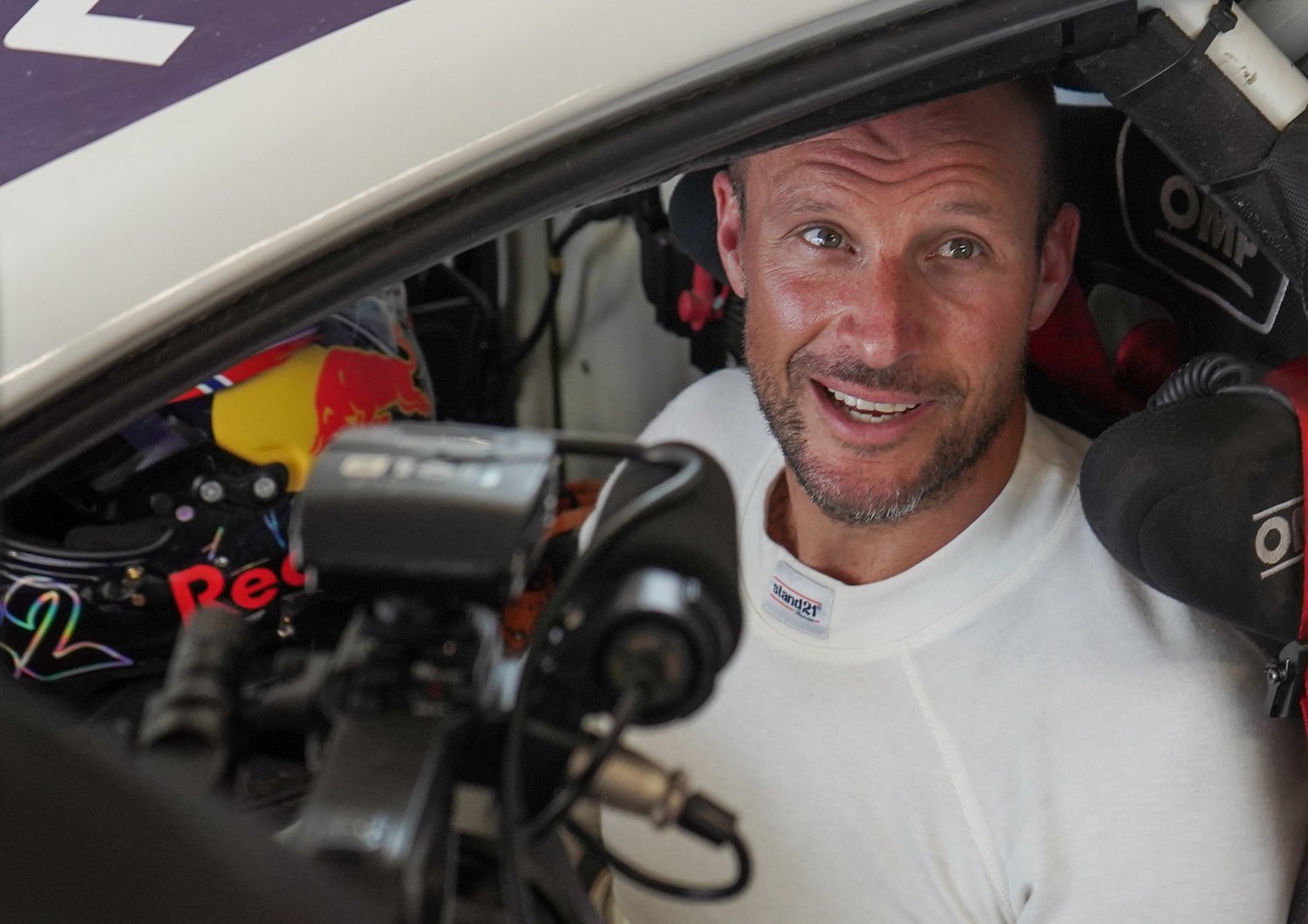 Munich, 03 August 2022 – Twice an Olympic gold medallist, five times a World Champion and one of the most successful alpine skiers in history, Aksel Lund Svindal is heading off-piste for his latest adventure – as he prepares to make his rallycross debut on home soil in Hell, Norway next weekend (13/14 August) in the FIA RX2e Championship.

In skiing circles, Svindal’s reputation precedes him. Considered by many as the best Norwegian alpine skier ever to have shredded the slopes in the winter sports discipline, his achievements are beyond impressive. Since catapulting himself into the public eye during the 2001 World Cup in Austria, he has gone on to clinch two World Cup crowns – in 2007 and 2009 – 36 wins and 80 podiums, to say nothing of nine World Championship medals and a further four in the Olympics.

No stranger to setting and breaking records – as the only man to secure three major global downhill titles – his Olympic gold in alpine skiing in South Korea in 2018 made Svindal the oldest skier to achieve such a feat at the age of 35. He remained ultra-competitive right up to the moment he hung up his skis following the 2019 FIS World Championships in Åre, Sweden, where he bowed out in style with downhill silver, missing a sixth career gold by a scant two hundredths-of-a-second.

Now 39, the Red Bull athlete has turned his attentions to another adrenaline-fuelled arena – rallycross. Having dipped his toe into the motorsport waters in the Porsche Sprint Challenge Scandinavia this year – stunning seasoned observers by winning on his debut and currently occupying fifth spot in the overall standings – he is ready to test his mettle with a one-off outing in the all-electric, single-spec RX2e series.

Featuring on the support package to the FIA World Rallycross Championship – which will similarly go fully electric this year, beginning in Hell – RX2e is a fiercely-contested category in which competitors duel doorhandle-to-doorhandle in identical cars producing 250kW (335bhp) of power and up to 510Nm of torque, with a number of other parameters prioritising driver skill above anything else.

Svindal sampled the car at Spain’s Circuit Calafat last week, with guidance and tuition from Sweden’s Klara Andersson – who raced in RX2e in 2021 and will make her World Championship debut in Norway as the first permanent female entrant in World RX history – and fellow rising star Nils Andersson, who reached the rostrum in the series for the first time at Höljes last month.

Having palpably enjoyed his initial laps behind the wheel, keen environmentalist Svindal has offered an insight into the motivation behind his upcoming RX2e appearance.

“Norway has always had a passion for rallycross, and now with this new era of fully electric rallycross cars, it’s the perfect fit with the EV adoption we have. To get the chance to try this car in Spain, as a car enthusiast, was really cool – it’s crazy fast and really fun to drive.

“I have big respect for rallycross drivers, because it’s a sport that is just action-packed. There is so much happening, and when you go out in the car for the first time, it’s certainly a handful but it handles really well. As Norwegians, we are familiar with the acceleration of electric cars, and both the acceleration and handling of the RX2e car on such rough surfaces is very impressive.

“Even if I’m only an amateur and this is just for fun, to go to Hell and see everything up close and join the action is something I’m really looking forward to. It’s no secret that I’m a big advocate of sustainability and innovation, and with the increasing electrification of motorsport and the incredible performance that will bring, I’m super excited to see what the future has in store…”

“We’re thrilled to be welcoming such a pure, dyed-in-the-wool racer and sporting icon as Aksel to the World RX family in Hell. He is a world-class athlete from a completely different sport, but whose skillset, commitment and lightning-fast reactions should equip him well to tackle the various challenges he will face in RX2e. We can’t wait to see how he gets on next weekend.”

All of the on-track entertainment and off-track features throughout the weekend in Hell will be broadcast live on RX+. Event passes are available for €7,99, with the full season pass on sale for €49,99. More information can be found here, while race weekend tickets can be purchased here.

About the FIA World Rallycross Championship

The FIA World Rallycross Championship is the pinnacle of the dual-surface discipline, blending cutting-edge innovation with family-friendly spectator appeal. An evolution of the popular and prestigious FIA European Rallycross Championship, World RX was launched in 2014 and visits some of the most iconic venues in the sport. In 2022, the series enters a new era as it goes fully electric – the next step on its journey towards a more sustainable future.