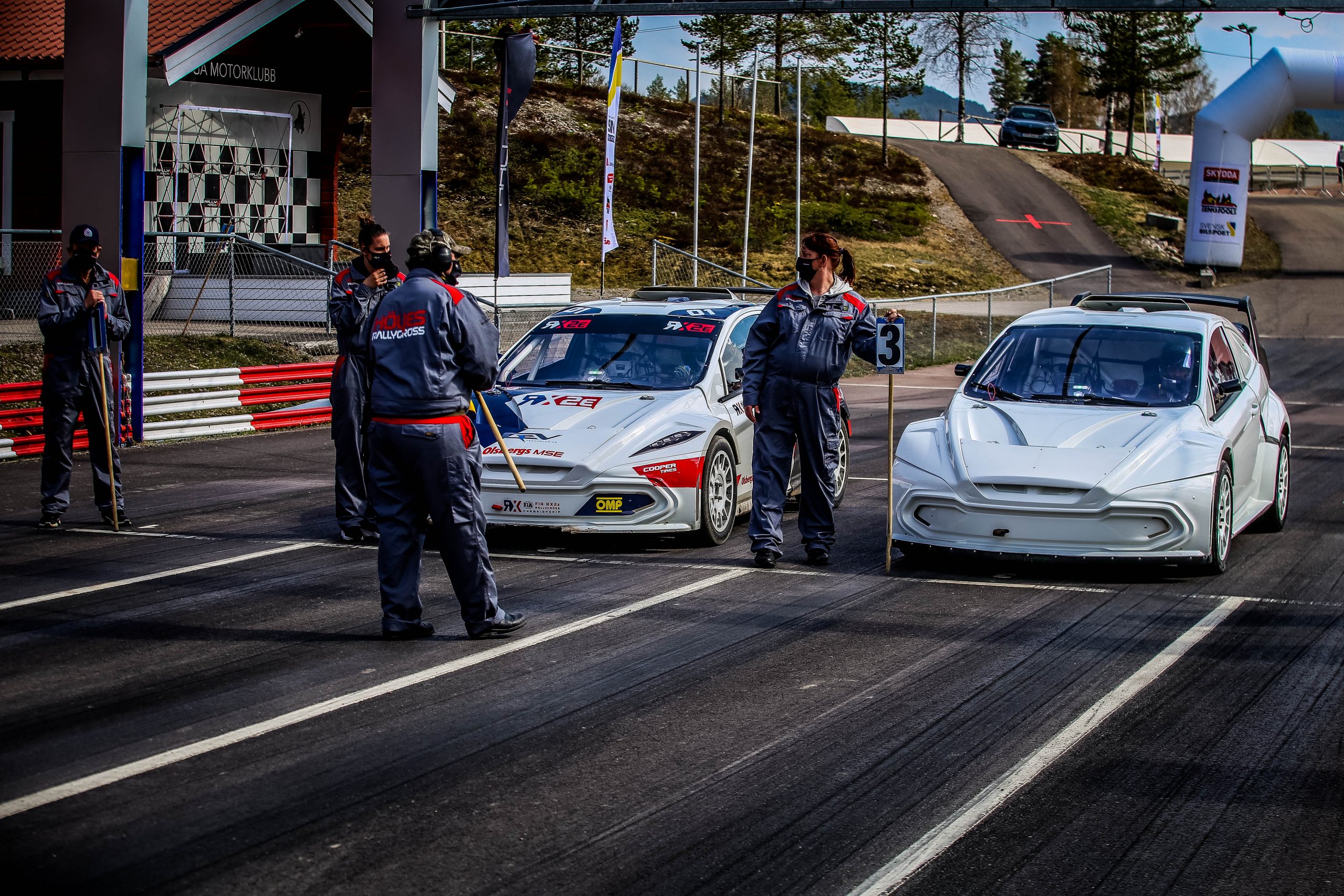 Oliver Eriksson is full of praise for the new FIA RX2e Championship car ahead of a series of demonstration races during the RallyX Nordic programme at Höljes this weekend.

The Swede, who is the official test driver for the first-ever FIA electric rallycross Championship, is enthusiastic about the development of the car and can’t wait to see it put through its paces in a competitive setting.

There are four vehicles on site at the iconic Värmland circuit, and Eriksson helped carry out a shakedown of the three newest prior to the one-off Superteam Challenge.

Speaking on Thursday, the RX2e ambassador said: “A lot has happened since I first tested the FIA RX2e car. That was in the brand new car and now we have four of the latest version.

“We’ve done a shakedown of three of them because they have just been built, so we’re just checking that everything is alright.

“I’ve been out a couple of times and the car is running really fast, and it’s a blast. They are competitive, for sure. We’re already comparing lap times to RallyX Nordic Supercars so we’re trying to aim there, picking up the RX2e series to the next level. I’m pacing myself to reach there and the car is getting closer and closer, so it’s a lot of fun to see.

“The traditional engine sound is a good thing about motorsport, but electric racing has so many features – this car is like getting a new phone! It’s amazing to use as a driver and you can play around with it, experiencing the technical aspects of the car a lot more.”

Eriksson is part of an all-star line-up of rallycross talent featuring in the Superteam Challenge, which will provide an opportunity to see the cutting-edge RX2e cars race wheel-to-wheel.

The eight stars will be split into four teams, with each pair sharing a brand new RX2e car that is set to be used in the 2021 Championship. The electric vehicles, which generate 250kW (335bhp) of power and up to 510Nm torque, will be showcased in four heats and two finals as the world’s best off-road racers do battle at Höljes.

The Superteam Challenge heats and finals will slot into a packed RallyX Nordic schedule across Saturday and Sunday (15-16 May).