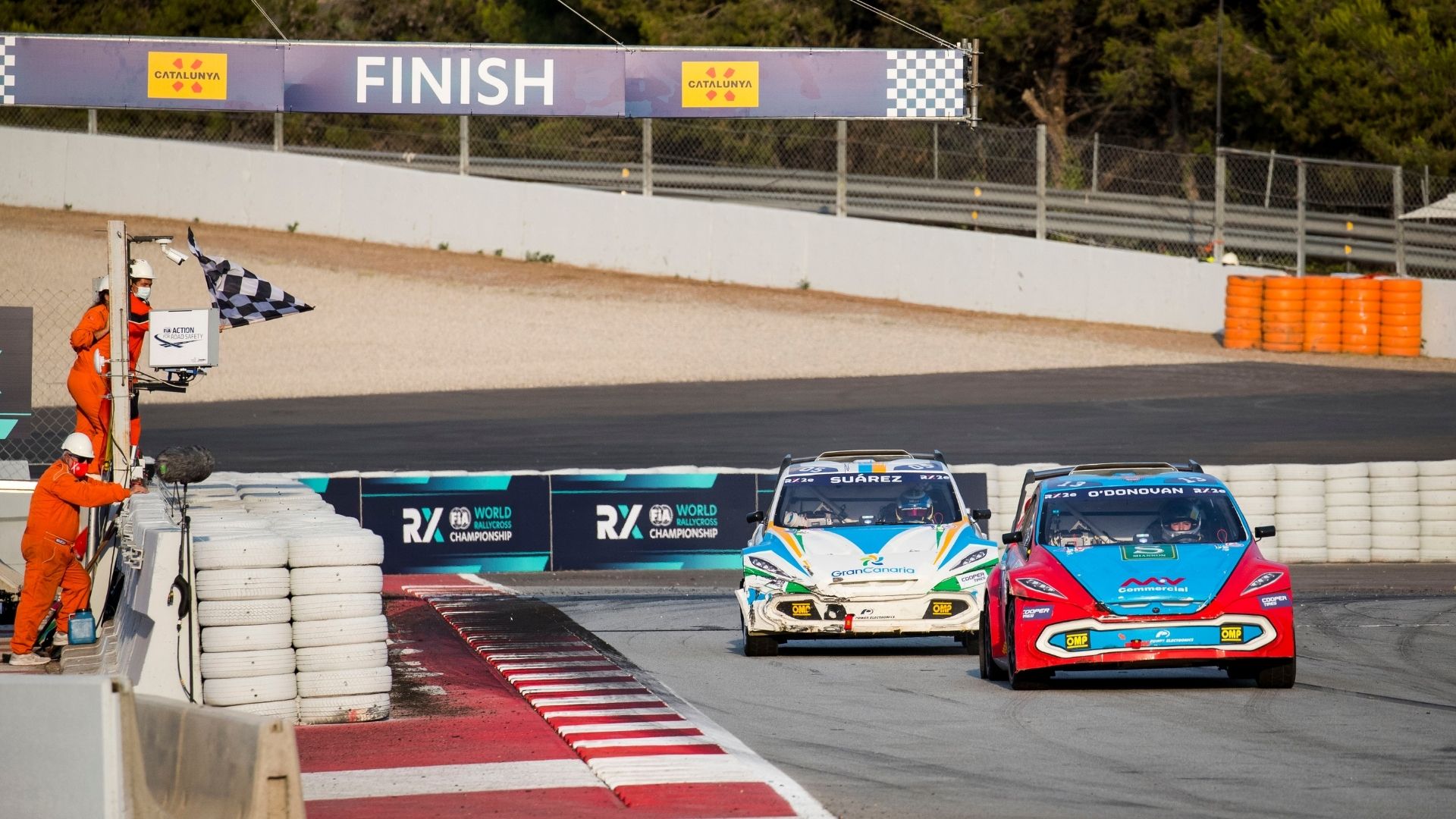 Patrick O’Donovan has credited the level of competition in the FIA RX2e Championship as a key factor in his development during the 17-year-old’s first season on the international rallycross stage.

O’Donovan turned heads with a third-place finish on his four-wheel drive debut at the curtain-raising event in Barcelona, Spain, defying his lack of experience to secure a popular podium in Round 1.

Things were tougher for the youngster during Rounds 2 and 3 in Sweden and France respectively, but O’Donovan’s pace has been there for all to see and the Motorsport UK Academy prodigy believes he has already learned a great deal from his more experienced rivals.

“There’s a really nice mix of competitor experience levels in RX2e this year, and it’s been an amazing experience to race against drivers like Guillaume De Ridder, Fraser McConnell and Jesse Kallio,” he said.

“I have tried to learn from their approach to racing and soak up some of the knowledge they have regarding car set-ups and driving lines. It’s been really beneficial to my development and I’m enjoying being able to challenge drivers like them on track in my first year of international competition.”

Following on from his third at the Circuit de Catalunya, O’Donovan suffered contact in the final at Höljes and finished sixth before a challenging run to ninth in Lohéac.

“So far this season I’m happy with the pace I have shown,” he said. “I had a really good opening round this year but after the podium I knew I had a lot of hard work if I wanted to get a repeat.

“We had some bad luck in Sweden and I struggled to get the hang of Lohéac, but I really enjoyed the experiences from both tracks.

“I’m really looking forward to the next round at Spa as I feel like it’s a track that will suit my driving style.”

Despite this relative lack of experience compared to the rest of the field, O’Donovan has not looked out of place on the FIA World Rallycross Championship programme and has quickly adapted to the all-electric technology at his disposal.

“The RX2e car is really impressive; compared to other cars I’ve driven in the past it is so well balanced!” he said.

“Going from having no electric experience before to driving this machine is truly incredible. It was definitely strange at first, but I was amazed to see how quickly I could get onto the pace.”

When asked about his favourite moment of the season so far, he replied: “That’s a hard question – I really enjoyed driving in Sweden at the legendary Höljes circuit but I have to say that the feeling after crossing the line in Barcelona is the winner!

“I lost my voice in the car, screaming down the radio out of happiness at my spotter David Mansfield as I put it on the podium…”