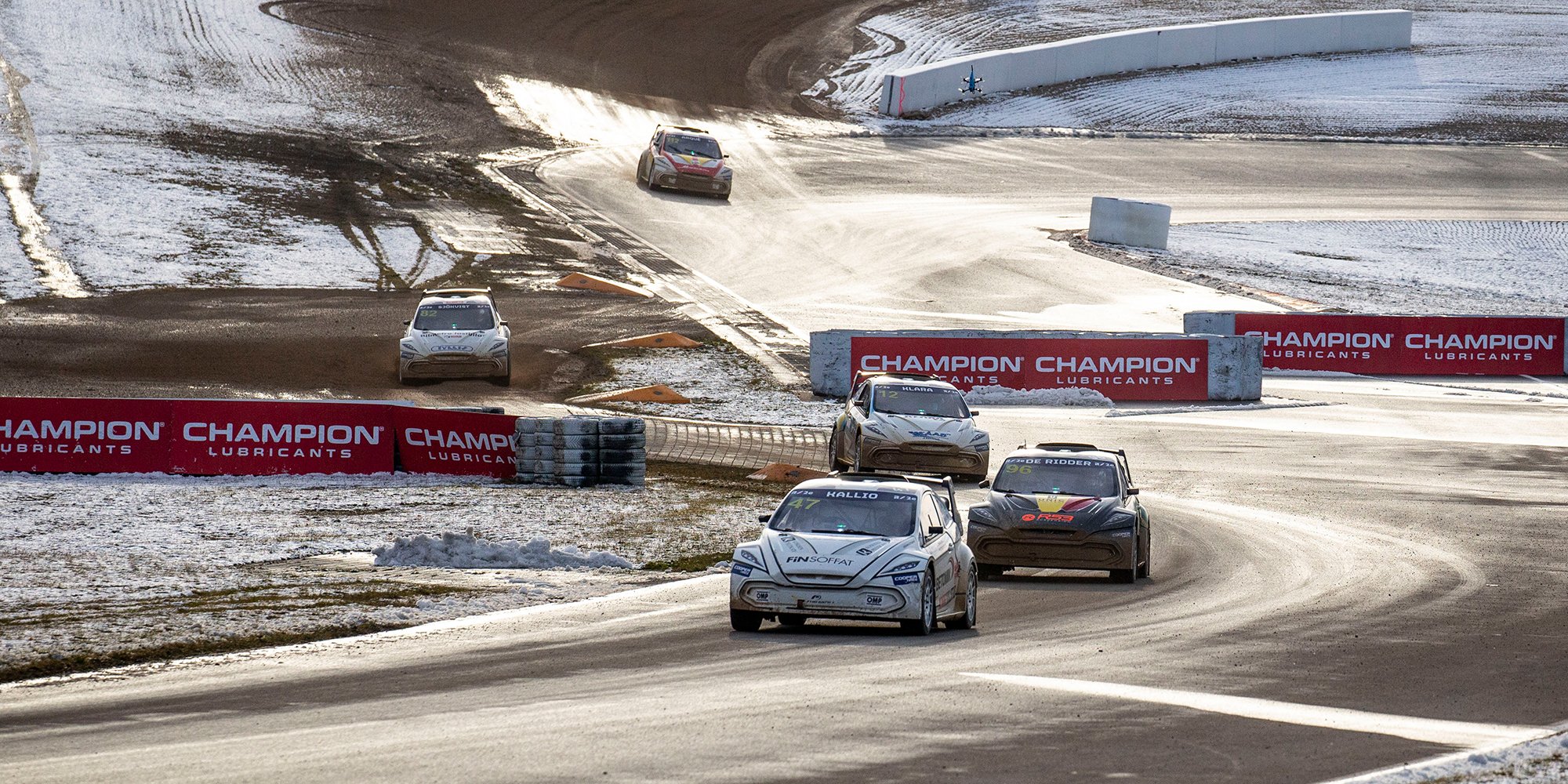 The championship battle was as close as ever today (Saturday, 27 October) as the opening day of competition at the iconic Nürburgring circuit saw points leader Guillaume De Ridder and Jesse Kallio trade fastest times across the two qualifying sessions.

Pablo Suarez was on pole for the first race of the day and would enjoy a clean run out of turn one, before losing control of the all-electric machine on the treacherous, snowy surface.

Further back, meanwhile, Klara Andersson, Kallio and Isak Sjökvist would all get tangled up in a first corner incident, but title hopeful Kallio would emerge with the least time lost. From that point on, Kallio would pull clear, eventually gapping the field by 6.8 seconds with the Swedish duo, Sjökvist and Andersson crossing the line in second and third respectively.

The second race would see De Ridder on pole position and the Belgian would duly convert the optimum slot to a textbook victory.

With seven seconds in hand, the 28-year-old was unaware of the battle behind between Patrick O’Donovan and newcomer Pepe Arqué which saw the Irishman squeeze past and finish in second place, despite a multitude of issues with his car. Arqué followed in third with Filip Thorén and Kobe Pauwels taking the final two spots.

Suarez would once again start on pole in Q2, but unfortunately, would once again fail to convert it into a win. Sliding wide into the barrier at turn one, the luckless Spaniard would resign himself to fourth.

Ever the opportunist, O’Donovan dived up the inside as Suarez ran wide and looked unstoppable from that point going on to take a well-deserved race win.

Pauwels and Suarez served up what was arguably the tightest joker merge of the day with the RX2e debutant emerging in front to claim a superb second on the road.

The second race in Q2 saw a clash of the titans. With De Ridder one pole and Kallio alongside him, it was always going to produce a pivotal moment in the championship.

A good launch propelled the Belgian into an early lead, but it was not to last. Kallio responded immediately with a sensational move on the inside of his rival at turn three to snatch the lead. Ultimately, De Ridder was unable to respond and the Finn would claim the fastest time of Q2 in convincing fashion.

Meanwhile, Andersson put in another impressive performance to take third on the road ahead of compatriot Sjökvist and Arqué.

Kallio and De Ridder end day one tied at the summit of the intermediate standings, leaving it all to play for in the race towards the inaugural 2021 FIA RX2e Championship crown.

Catch the last race of the season live on the new RX+ broadcast platform – make sure you sign up so that you don’t miss a second of the action, while there is also heaps of behind-the-scenes content and bonus features for you to enjoy.