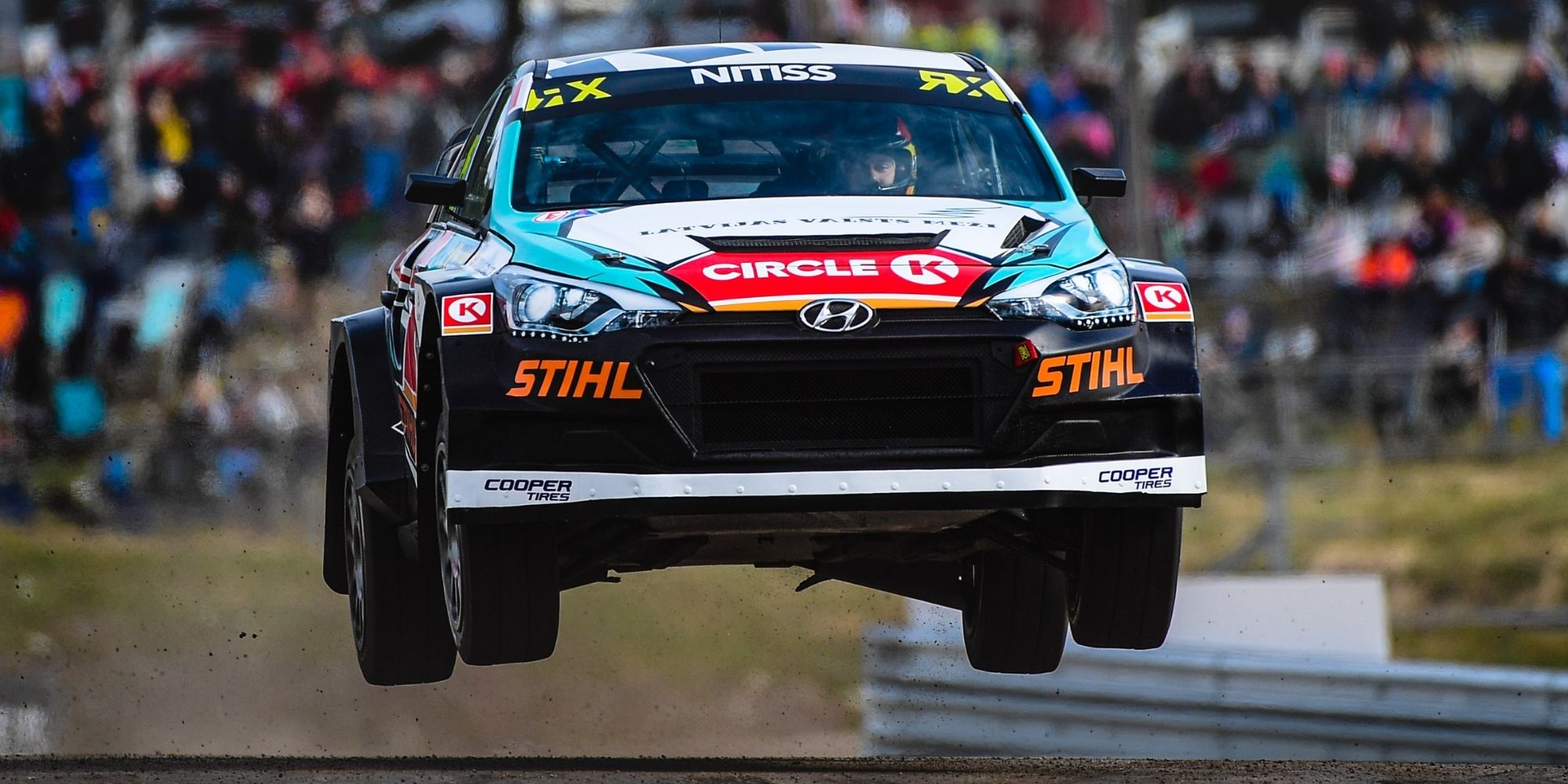 Reinis Nitišs has today been announced as the latest addition to the FIA RX2e Championship prior to Round 3 of the series at the Bretagne World RX of Lohéac next week (September 3-5).

The Latvian is the most recent star name to commit to the first-ever FIA electric rallycross championship as the pioneering category continues to gather pace in its inaugural season.

Nitišs boasts considerable experience in the FIA World Rallycross Championship and remains the youngest-ever winner in the headlining class after victory at Hell, Norway in 2014 – achieved at the age of 18 on just his third start at the highest level.

The Jēkabpils native began his career in karting, claiming several national championship honours before graduating to the FIA European Rallycross Championship Super1600 class in 2012 and taking overall honours a year later at the wheel of a SET Promotion-run Renault Clio.

Nitišs stepped up to the World RX stage with Olsbergs MSE in 2014, claiming a podium on his debut in Portugal before his historic victory in Norway. Three more rostrum appearances followed as the Latvian star secured third in the Drivers’ Standings at the end of a stunning debut season.

The 2015 campaign also started brightly with second in Round 2 at Hockenheim backed up by third at the Circuit Jules Tacheny Mattet in Belgian, but that impressive beginning proved difficult to maintain and Nitišs ended the year seventh in the table.

Two more seasons at the top tier failed to yield any further silverware but a move to the Supercar class of Euro RX – and a reunion with SET Promotion – led to another title after three wins from five outings.

Nitišs returned to World RX again in 2019, making three appearances and finishing third at Höljes, while he has been keeping his eye in this season with appearances in the RallyX Nordic CrossCar/Crosskart category and simultaneously claiming Baltic Rallycross Champion honours.

Now the 25-year-old is looking to test his skills in the all-electric RX2e series and will hope to be on the pace from the first session when the action gets underway at Lohéac.

Reinis Nitišs said: “I had a chance to test the new RX2e car at Nysum in Denmark after Round 2 of the RallyX Nordic Championship, and it was a lot of fun.

“A completely different driving style is required, while the feeling inside the car is a big change from that experienced in an internal combustion engine vehicle. You’re sitting in silence waiting for the start, while you only have two pedals and no gear lever (which feels a bit funny!) but when you race you race, its fast…

“When I watched the World RX of Sweden at Holjes, RX2e produced some of the most interesting races with the top guys battling. All the cars are really, really equal so it will be good fun to fight against old rivals in a new series.”

Pere Gonzalez, Project Manager, FIA RX2e Championship, said: “Reinis has consistently demonstrated his impressive skills on the international stage and it is fantastic to have an FIA World Rallycross Championship race winner on our grid.

“This announcement is a significant endorsement for our cutting-edge series, with world-class drivers such as Reinis looking to get behind the wheel and prove their ability against our existing field packed full of promising young talent. We are excited to see how well he can adapt to the all-electric technology, and we hope he will be fighting at the front at Lohéac.”

The FIA RX2e Championship continues with Round 3 at Lohéac, France (September 3-5). You can watch every single race live on RX+, the new FIA World Rallycross Championship broadcast platform.