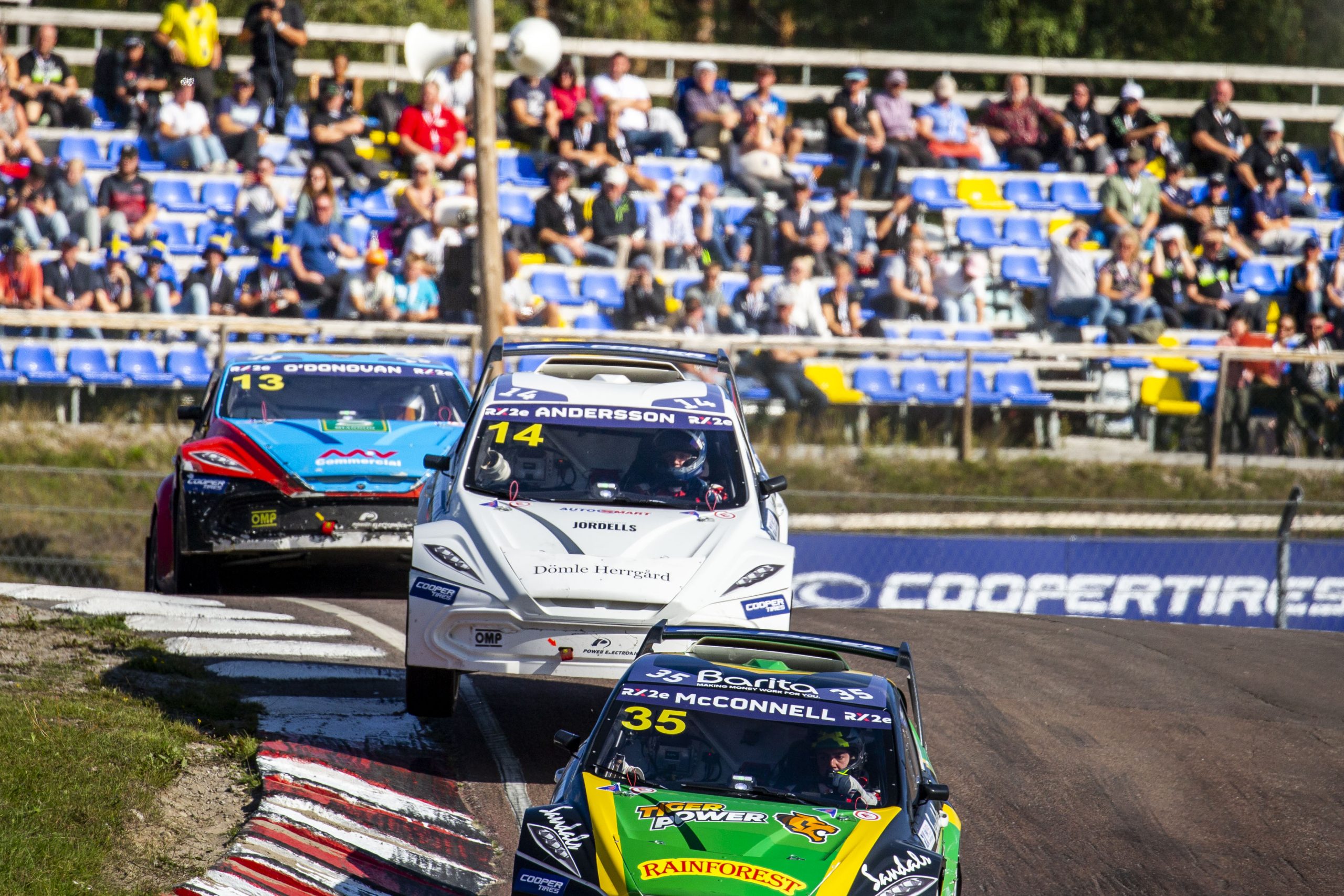 Nils Andersson is looking to create an instant impact when the Swedish ace makes his all-round participation in the FIA RX2e Championship Season 2, beginning at the Opening Round at Höljes (2-3 July).

The 22-year-old has joined the fray for all-round season of the first-ever FIA electric rallycross championship having seen the success of the series’ maiden at the Inaugural Season, 2021.

Andersson, who competed in two RX2e races on the inaugural season, has set himself a high goal for this upcoming season. Having demonstrated a good pace at last year’s Höljes RX, he plans to start the season in the same way.

The youngster has more than enough talent to hit the ground running in the pioneering category: the lead FIA World Rallycross Championship support class. Beginning his motorsport career racing in Crosskart as a 13-year-old, the Arvika native steadily progressed up the ladder in domestic competitions before winning consecutive RallyX Nordic CrossCar titles in 2018 and 2019.

Andersson then stepped up to the Supercar Lites category in 2020, helped by the support of sponsor Thorén I Kil, and reached the final at his series debut at Höljes. A frustrating campaign followed but a switch to Kristoffersson Motorsport prior to the 2021 season saw a dramatic upturn in results, with Andersson emerging as a genuine title contender under the guidance of three-time World RX Champion Johan Kristoffersson.

Having had a successful 2021 season in the Supercar Lites category of the Rally X Nordic, and taking the second place in the overall championship, the upcoming RX2e event taking place at one of his favorites circuits, Höljes Motorstadion, Andersson is expected to be on the top of his game and ready to throw down the gauntlet to the compact but highly-competitive field.

The Swede will have to get to grips with the RX2e car, which generates 250kW (335bhp) of power and up to 510Nm torque. The design, the product of a collaboration between Spanish electro-mobility specialist QEV Technologies and Swedish rallycross powerhouse Olsbergs MSE, produces greater performance levels than its RX2 predecessor and has already demonstrated a capacity for exhilarating wheel-to-wheel racing.

Nils Andersson, said: “By already having my first taste of the RX2e in 2021, I have clear what I want to achieve in 2022. RX2e is the perfect move for me, as the world of rallycross is going electric and now so am I.

As I experienced last year, the cars are all very competitive and so are the drivers. It will always be hard to fight for the wins, but I will try and bring up the fight and see where it puts us at the end of the championship. I’m ready to raise the bar. 2021 has been a good year for me, gaining experience and improving my performance on track, I’m ready to do my best against the RX2e aspiring stars.

Javier Alonso, FIA RX2e Championship Management, said: “The addition of Nils to the FIA RX2e Championship is a hugely exciting announcement, as he is considered one of the brightest young talents currently competing at the rallycross scene. We know Nils will give the fans an exciting show, with frenetic on-track action”

“Nils has proven himself a consistent frontrunner on the RallyX Nordic package during recent seasons, and he adds further class to our already highly-competitive field. We are all eager to see what he can do when stepping up to RX2e and getting his hands on our all-electric machinery.”