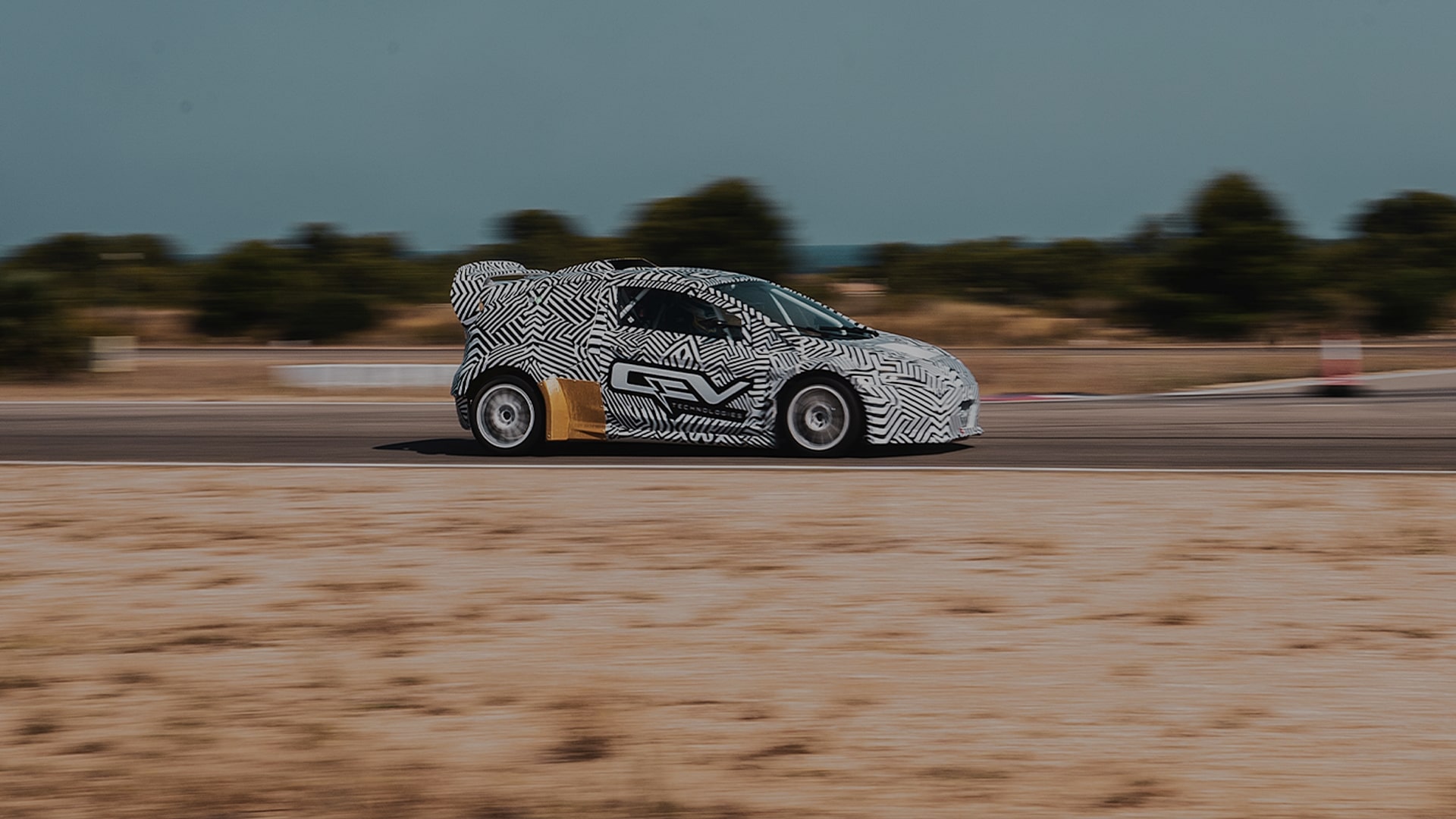 The new FIA eRX2 Championship is set to electrify the international rallycross landscape when it joins the FIA World Rallycross Championship undercard in 2021, with the emphasis placed predominantly on driver ability and ingenuity in the single-spec series.

Sanctioned by the Fédération Internationale de l’Automobile, eRX2 is a joint venture between Spanish electro-mobility specialist QEV Technologies, Olsbergs MSE and RX Promotion, the company that operates the current RX2 International Series. It will be run by FIA World Rallycross Championship promoter, IMG.

The vision for the FIA eRX2 Championship is to provide a pathway to the top of the sport for aspiring rallycross stars. RX2 – like its predecessor RX Lites – has served as an excellent training ground for drivers on their way up the ladder to the pinnacle of World RX, and eRX2 is now set to raise the bar even further by embracing the discipline’s electrification and focussing firmly on the future.

In order to achieve that, the FIA has called upon the very best in the business. QEV boasts a long and successful history in the electric vehicle domain, from managing the NEXTEV team with whom Nelson Piquet Jr won the inaugural FIA Formula E Championship in 2014/15 to designing and creating electric powertrains and installing electric charging infrastructures.

Having won the governing body’s tender to develop the ‘arrive-and-drive’ eRX2 concept – based around a bespoke, lightweight four wheel-drive electric rallycross car with a spaceframe chassis and 32kWh battery producing 250kW (335bhp) of power – the Spanish company has spent the past nine months working hard behind-the-scenes in preparation for its launch.

The battery – which has been fully safety-tested – is mounted next to the driver in the centre of the car to ensure optimum, 50/50 weight distribution, while power is supplied evenly to the front and rear wheels by a pair of motors and inverters, all of which benefit from a cooling system to prevent excessive temperatures.

The eRX2 car will be able to run for up to 25 minutes, with recommended 20-minute recharges between sessions over the course of a race weekend. The final car is set to be officially presented towards the end of this year, and six European events are planned for the FIA eRX2 Championship’s first season, with the full calendar to be released in due course.

Joan Orús, COO, QEV Technologies, said:
“This is a tremendously exciting time for electric motorsport, and here at QEV, we all firmly believe that the FIA eRX2 Championship can play a major role in helping to shape the future of rallycross’ electric landscape. Since winning the tender back in October, our team has worked tirelessly to develop the new eRX2 car.

“With short, sharp races, rallycross is the ideal discipline for electric cars, and we are confident eRX2 will generate more dynamic and spectacular action than has ever been seen before. Not only will the degree of torque available make the car considerably quicker than the current RX2 model, but it will also be more challenging to drive, especially on the limit, which will be a key factor in helping to prepare competitors for the subsequent step-up to Supercar level.

“One of the aspects I like most about the eRX2 car is all of the additional areas in which the driver can make a real difference, from the distribution of the torque to brake bias, which simply isn’t possible with an internal combustion engine vehicle. Being able to manually balance the car and its performance mid-race, while travelling side-by-side at speeds of up to 150km/h will truly showcase a driver’s skillset and technical understanding.”

Andreas Eriksson, CEO, Olsbergs MSE, said:
“We are delighted to be working with QEV Technologies to develop the new eRX2 Championship and car. QEV’s experience and expertise in the electro-mobility domain speaks for itself, with sustained success both on and off-track – they are truly a pioneer in the sphere.

“It is that same pioneering spirit that earned them the tender for the FIA eRX2 Championship, and their eagerness to innovate and push back boundaries truly resonates with all of us here at OMSE. They have been very open in acknowledging that this will be their first foray into rallycross, but they have shone in every other motorsport discipline they have entered and are learning fast. They are an excellent partner in every respect.

Gyarfas Olah, FIA Off-Road Commission President, said:
“We are delighted that through the launch of the FIA eRX2 Championship we are able to provide a cost-effective entry point for younger drivers to become part of rallycross’ electric future. We look forward to making further announcements about the championship over the coming months.”

Paul Bellamy, Senior Vice President for motorsports events at IMG, the FIA World Rallycross Championship promoter, said:
“We understand how important it is for drivers progressing to international competition to race at World Championship events. It’s exciting that the next generation of drivers will be able to drive bespoke electric race cars and be at the forefront of the electrification of rallycross.” 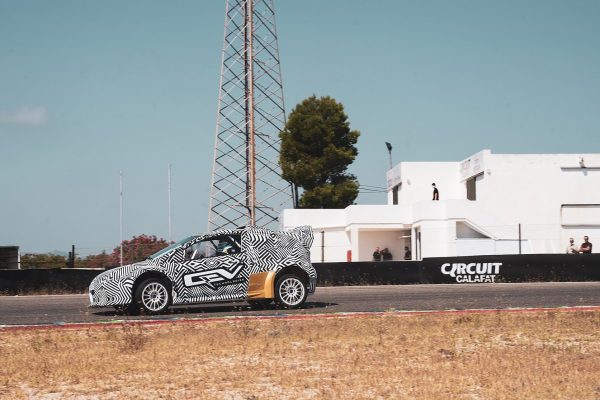 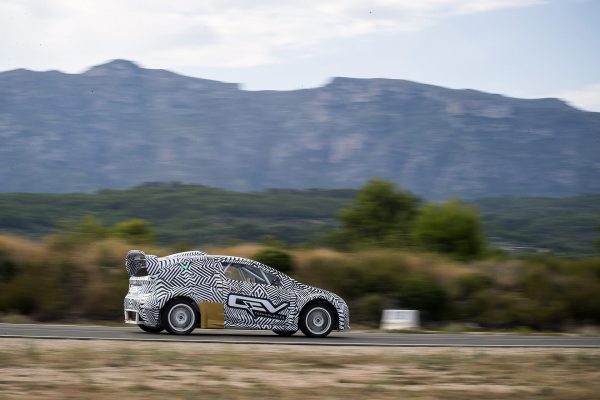 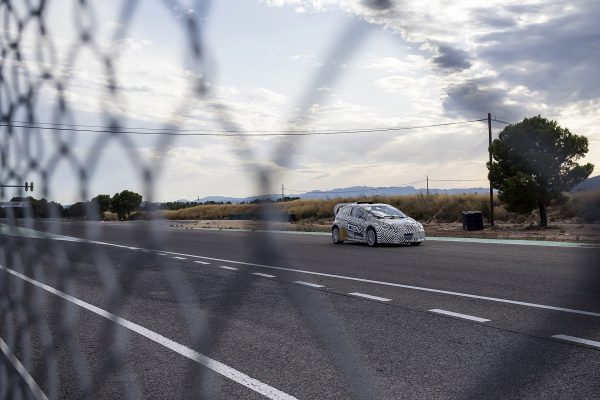 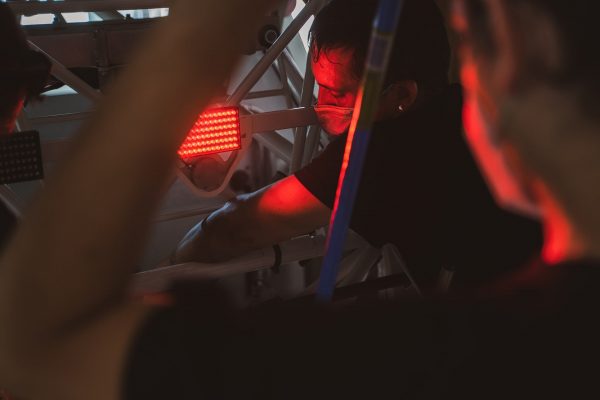 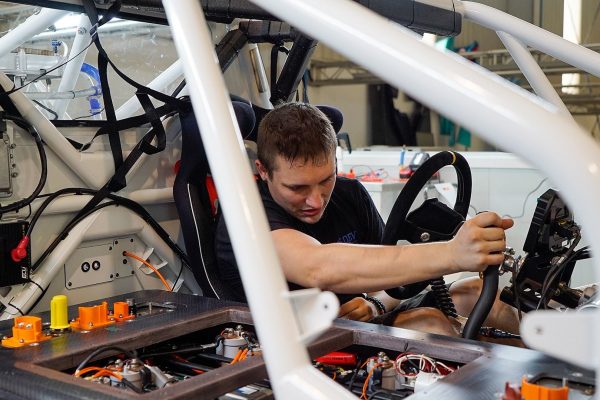