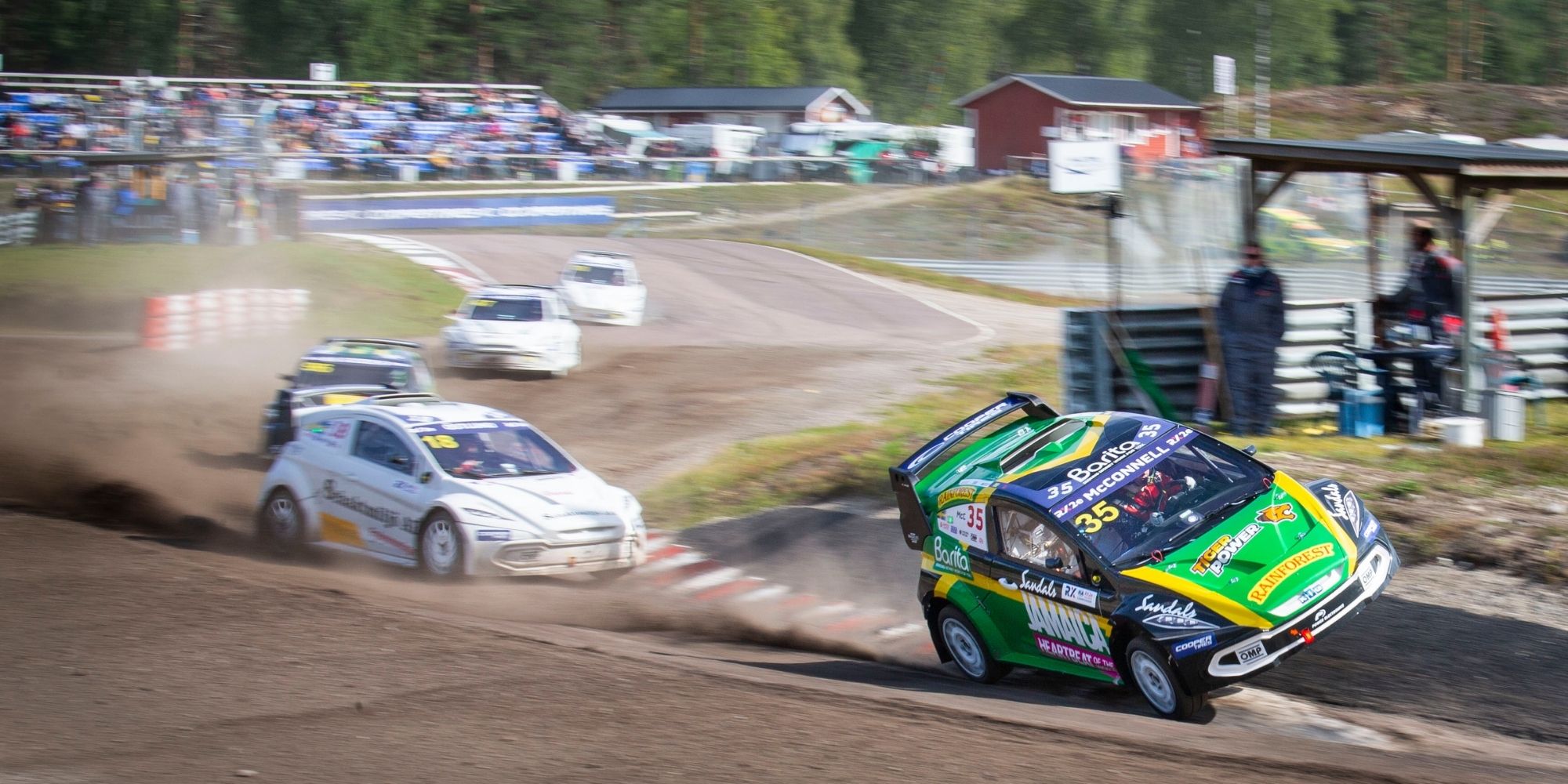 Fraser McConnell posted the fastest times in both FIA RX2e Championship qualifying sessions on day one of the World RX of Sweden, putting the Jamaican firmly in control at Höljes.

The 22-year-old is looking to bounce back after a frustrating opening round of the season in Barcelona, where he showed excellent pace in the inaugural round of the first-ever FIA electric rallycross championship but suffered contact in the final.

And McConnell is primed to get his revenge after claiming victory in both Q1 and Q2 at the famous Värmland circuit, leaving him top of the overnight standings.

The RX2e grid has been bolstered by the addition of four Swedish drivers to the field ahead of this weekend, and it was local favourite Linus Östlund who got up to speed fastest by setting the pace in practice.

Compatriot Isak Reiersen, making his four-wheel drive bow after clinching the RallyX Nordic CrossCar/Crosskart championship last week, was an eye-catching second ahead of McConnell but it was the latter who shot out of the blocks in Q1.

Jesse Kallio won the opening race of the day, comfortably holding off Reiersen and fellow new arrival Isak Sjökvist, but McConnell topped the times after a thrilling Q1 battle with De Ridder.

The Jamaican opted to take his joker on lap one after being forced wide but proceeded to set blistering times which saw him overhaul De Ridder when the Belgian took his own joker on the final lap.

The pair went head-to-head again in Q2, with McConnell capitalising on a messy start – Reiersen making contact with De Ridder into turn one – to convert a clean getaway into maximum points.

Östlund produced a statement of intent by leapfrogging De Ridder after setting the fastest lap on the penultimate tour, while Kallio dropped back with a puncture.

Only McConnell was quick enough to dislodge debutant Andersson at the top of the timesheets after the Kristoffersson Motorsport protege enjoyed a drama-free win in his Q2 race.

Patrick O’Donovan finished second on the road behind Andersson, building on the promise shown by third place on his international rallycross debut in Barcelona, while Sjökvist was third – and quick enough for sixth overall in the overnight standings.

Damien Meunier continued to build the foundations for a solid weekend with the Frenchman hounding O’Donovan and Sjökvist to the line in Q2 while Pablo Suárez will be looking to maintain his rapid improvement after gaining valuable experience on an unfamiliar circuit.

McConnell sits top of the intermediate standings, 15 points clear of De Ridder with Andersson another two points further back. Östlund is a point behind his RallyX Nordic Supercar Lites rival and Kallio rounds of the top five.

You can watch all of tomorrow’s RX2e action, starting with Q3 at 10.15am (CEST), on the new FIA World Rallycross Championship RX+ platform.