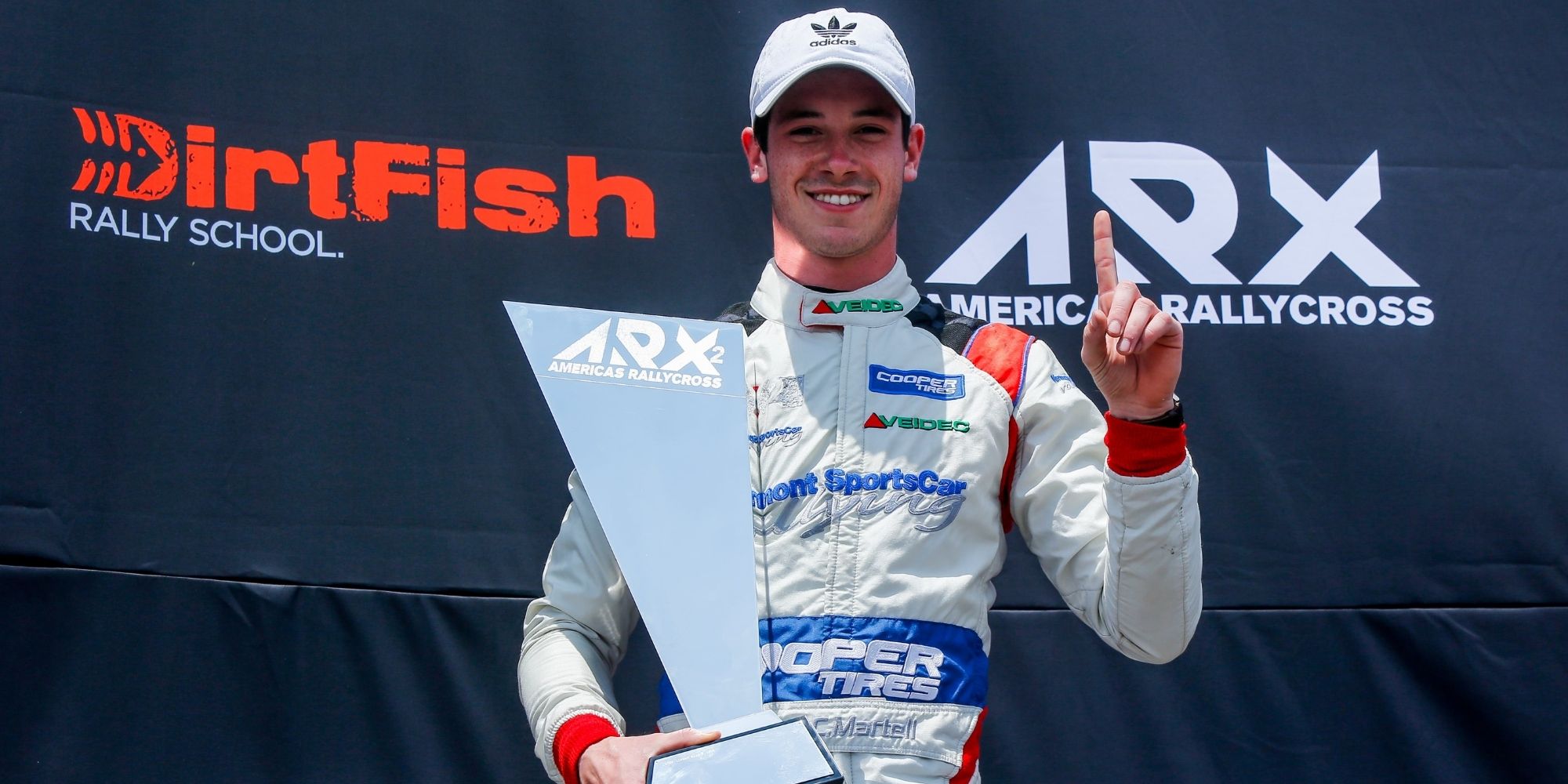 Conner Martell is eager to test his skills in pioneering new electric technology when the 24-year-old makes his FIA RX2e Championship debut at the Bretagne World RX of Lohéac this weekend (September 3-5).

The American racer is one of several new faces set to line up for Round 3 of the first-ever FIA electric rallycross championship, and the 2018 ARX2 title-winner will hope to be on the pace immediately in France.

Martell, who also has a full season of RX2 (RX2e’s predecessor) under his belt, is considered one of the most promising talents on the US rallycross scene and strengthens a compact but highly impressive entry list.

“I am so excited to get back over to Europe and race rallycross again,” Martell said. “I’m also so stoked to be able to try out the RX2e car because I’ve never driven an electric car before.

“They look incredible and I can’t wait to compete with old friends from when I did the RX2 championship a few years ago! I’m part of an amazing team and I know we will be able to make our mark yet again!”

Martell began his racing career in motocross but injury forced a switch to four wheels, and the Vermont native soon showed his class with three wins and a total of six podiums on his way to fourth overall in the 2017 Red Bull Global Rallycross Championship.

A second-place finish in the Rally of the Tall Pines also demonstrated Martell’s versatility, before the youngster turned his sole focus to rallycross and was rewarded with a spectacular 2018 campaign.

Three event wins were enough to claim the inaugural Americas Rallycross Championship ARX2 crown, while second at the World RX of Great Britain was the highlight of an encouraging RX2 campaign.

Martell went up against the likes of current RX2e Drivers’ Standings leader Guillaume De Ridder and youngest-ever FIA World Rallycross Championship winner Reinis Nitišs throughout the 2018 RX2 season, and the US ace will be keen to see how he stacks up against the pair when they renew their rivalries this weekend.

The 2019 campaign yielded two more event wins and a third-place overall finish in the Americas Rallycross Championship, despite Martell missing several events, and the Vermont Sportscar test and development driver has most recently been competing in the F4 Western Championship Series while waiting for a return to the rallycross stage.

“He has proved his ability with a hugely impressive ARX2 title and consistent displays both in Europe and America. We are looking forward to seeing how he adapts to our pioneering new car as RX2e continues to blaze a trail for the future of rallycross.”