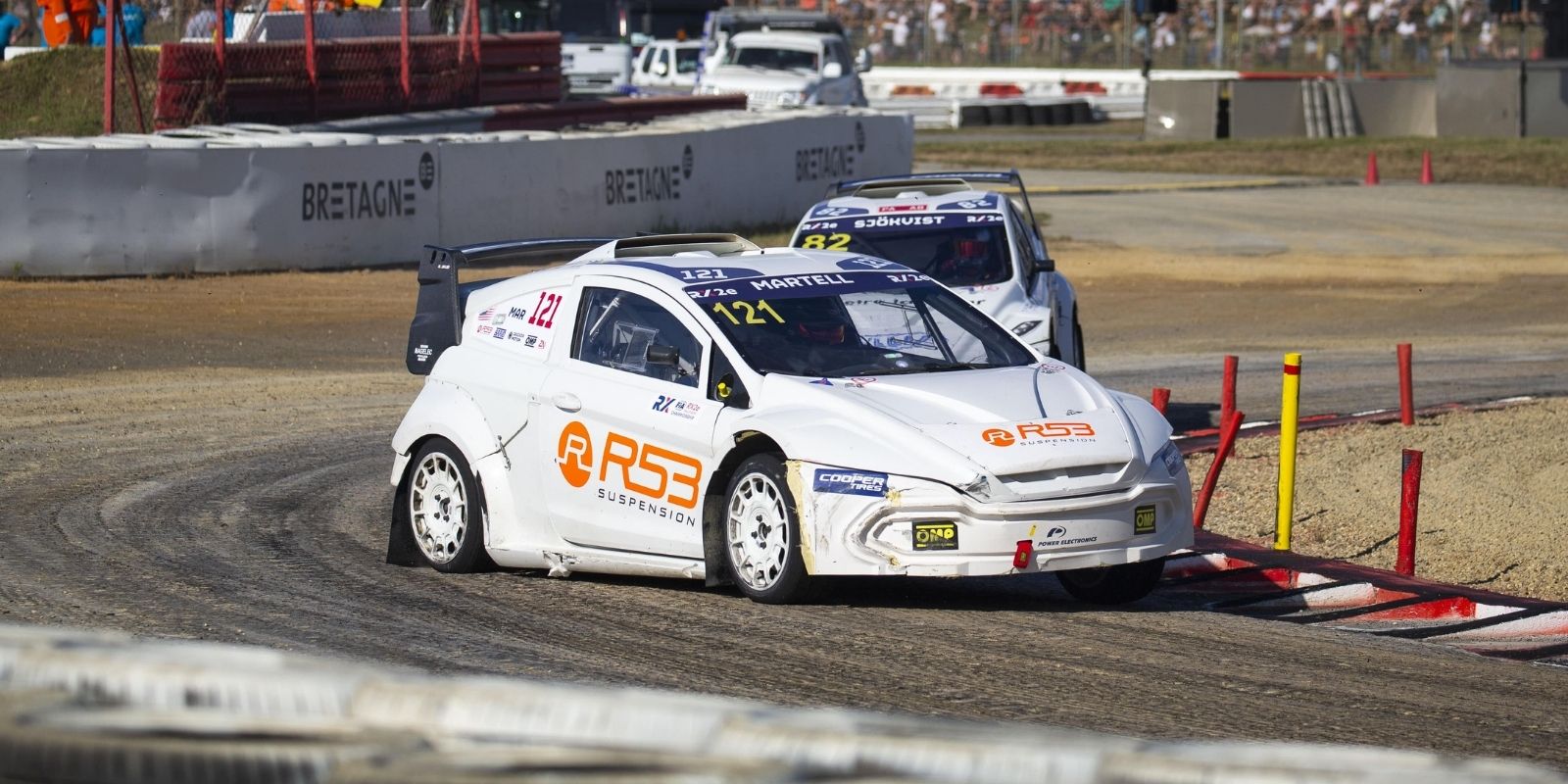 Conner Martell is targeting the top step of the podium when the FIA RX2e Championship continues with Round 4 of the inaugural campaign at the Benelux World RX of Spa-Francorchamps this weekend (October 9-10).

The US racer made his debut in the first-ever FIA electric rallycross championship during Round 3 at Lohéac, showing front-running pace before two separate penalties thwarted his chances of victory.

The 2018 ARX2 champion will be hoping to convert that potential into meaningful points this time around and is ready to get stuck in when the pioneering series gets back underway in Belgium.

“I really enjoyed being able to come back across the pond and race against the top tier drivers in rallycross,” said Martell.

“I was really looking forward to experiencing the electric car after racing the RX2 machine, and I couldn’t have been more impressed with the power delivery and control of the car with the changes that have been made over the years.

“While I didn’t reach the podium at Lohéac, I believe I showed the speed required to be on the top step and it also felt great being able to rip the start from the outside of the grid.

“As for Spa, the hammer will be dropped this weekend and I couldn’t be more excited!”

Martell was immediately among the frontrunners last time out in France but a radio problem while leading his opening qualifying race meant he failed to take the obligatory joker lap, resulting in a 30-second penalty.

A further penalty after the second qualifying bout, this time for wearing non-homologated race boots, left the 23-year-old playing catch-up for the rest of the weekend.

However, Martell stuck to his task admirably and eventually booked himself a spot in the final, going on to finish the event in fifth.

“The goal for this weekend, and every other weekend, is to always end up on the top step of the podium,” he said.

“But going to a new track that I’ve never raced at before, I just hope to learn quickly and also help the new entries get up to speed as quickly as possible so that we have an action-packed weekend of proper racing.

“The improvements to the RX2e car, compared to its RX2 predecessor, have really brought the entire field of competitors closer.

“t really comes down to your ability as a driver, whereas in the RX2 Lites car you were always chasing set-ups to gain advantage.

“Long story short, I am very impressed with the series and am looking forward to banging doors with everyone once again!”