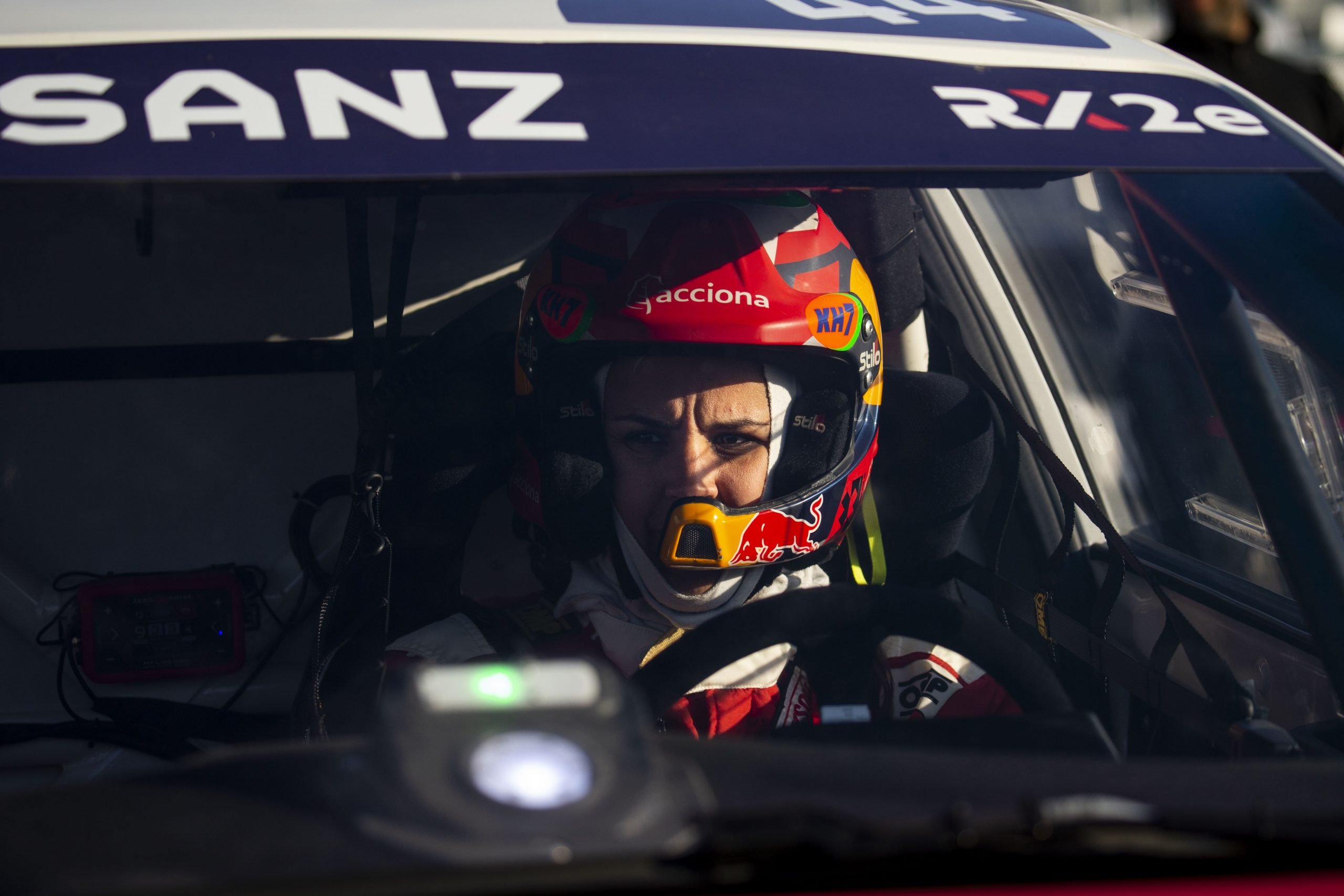 Renowned Spanish driver Laia Sanz, the Queen of the Desert, will race in season 2 of the FIA International Rallycross Championship in the junior RX2e category, with a program that includes participation in several events on the calendar. RX2e is the first electric rallycross category in history. Laia Sanz, who is making a foray into 4-wheeled competition, already participated in the inaugural season of RX2e in 2021, making her debut in R4 at Spa-Francorchamps.

RX2e is the 100% electric Rallycross category sanctioned by the FIA. A joint project between Spanish engineering specialised in electric mobility QEV Technologies and Swedish Rallycross powerhouse OlsbergsMSE. The vision for the FIA RX2e Championship is to provide a pathway to the top of the sport for aspiring rallycross stars, all events in support of the FIA World Rallycross Championship.

One of the key attractions of RX2e is that the emphasis is on driver skill behind the wheel in this one-make series, prioritising skills and ingenuity above all else. The two engines in the RX2e car generate a spectacular 250 kW (335 hp) of power and up to 510 Nm of torque. This represents a significant improvement compared to the Supercar Lites, the RX2e’s predecessor combustion category, closing the gap to the premier category of the World Rallycross Championship.

Continuing her sporting development in 4-wheel racing, and despite having driven an RX2e on a few occasions, Laia Sanz will have plenty to learn as she gets up to speed with the frenetic nature of RX2e and goes wheel-to-wheel with drivers boasting much more experience in the discipline.

However, the 36-year-old has her own vast pool of motorsport knowledge to fall back on, with the multiple FIM Women’s Trial World Champion having also claimed six FIM Women’s Enduro World Championships while also banking 11 consecutive Dakar Rally finishes during her career to date.

The Queen of the Desert first rode a bicycle at the age of two and began her motorsport career just five years later, demonstrating an early aptitude for racing that flourished into a prodigious talent.

She registered her first victory against male opposition in an 80cc category in 1997 and won the inaugural (then unofficial) edition of the Women’s Trial European Championship a year later. Victory in the 2000 Spanish Cadet Championship, racing as the only female rider, caused the motorsport world to take notice, and a host of titles – Then followed 13 Women’s Trial World Championships until 2013 (she only gave up her reign once in this period, in 2007). Eight years after leaving this discipline, Laia Sanz returned to add her 14th and last title of the specialty in 2021.

In addition to her Trial exploits over the past two decades, Sanz achieved a childhood dream in 2011 by making her Dakar Rally debut – finishing in 39th and winning the Female Trophy – and further appearances were crowned by a 9th-place finish in 2015; the best-ever result by a woman in the motorbike class.

Sanz also made her rallycross debut in RX Lites in Barcelona in 2015, while most recently she has been competing in Extreme E alongside World Rally Championship legend Carlos Sainz for the ACCIONA | Sainz XE Team, currently in their second season. Laia is looking to continue growing and learning in her transition to four wheels with a multi-race program in the FIA RX2e Championship, after making a first foray into the event last year.

Laia Sanz, said: I’m happy to take part in the first two races of RX2e’ second season. I enjoyed a lot of last year’s race I did at Benelux World RX of Spa-Francorchamps. It was so fun and provided me a good lesson, especially because I’m no used to fight with other cars and side-by-side.

Last year I did a bad start, then I found myself struggling at the back… The grid is diverse and fierce. This year, hopefully I can do much better. The main goal is to learn and to get experience. My participation in some rounds of this year’s RX2e Season will bring me more training and help me prepare the next Extreme E races.

The RX2e car it’s like a “go-kart”. You can set-up and play with its configuration. It’s so easy to drive, a good (and fun!) tool for me to learn! I’m looking forward to the Opening Round at Höljes!”

Javier Alonso, FIA RX2e Championship manager, said: “This announcement is a significant endorsement for our cutting-edge series, with world-class drivers such as Laia looking to get behind the wheel and prove their ability against our existing field packed full of promising young talent. We are excited to see how well she can adapt to the start of this second season!

It is fantastic to have Laia at the FIA RX2e Championship field for several rounds of the season – she is exactly the profile of driver this series is designed for!”