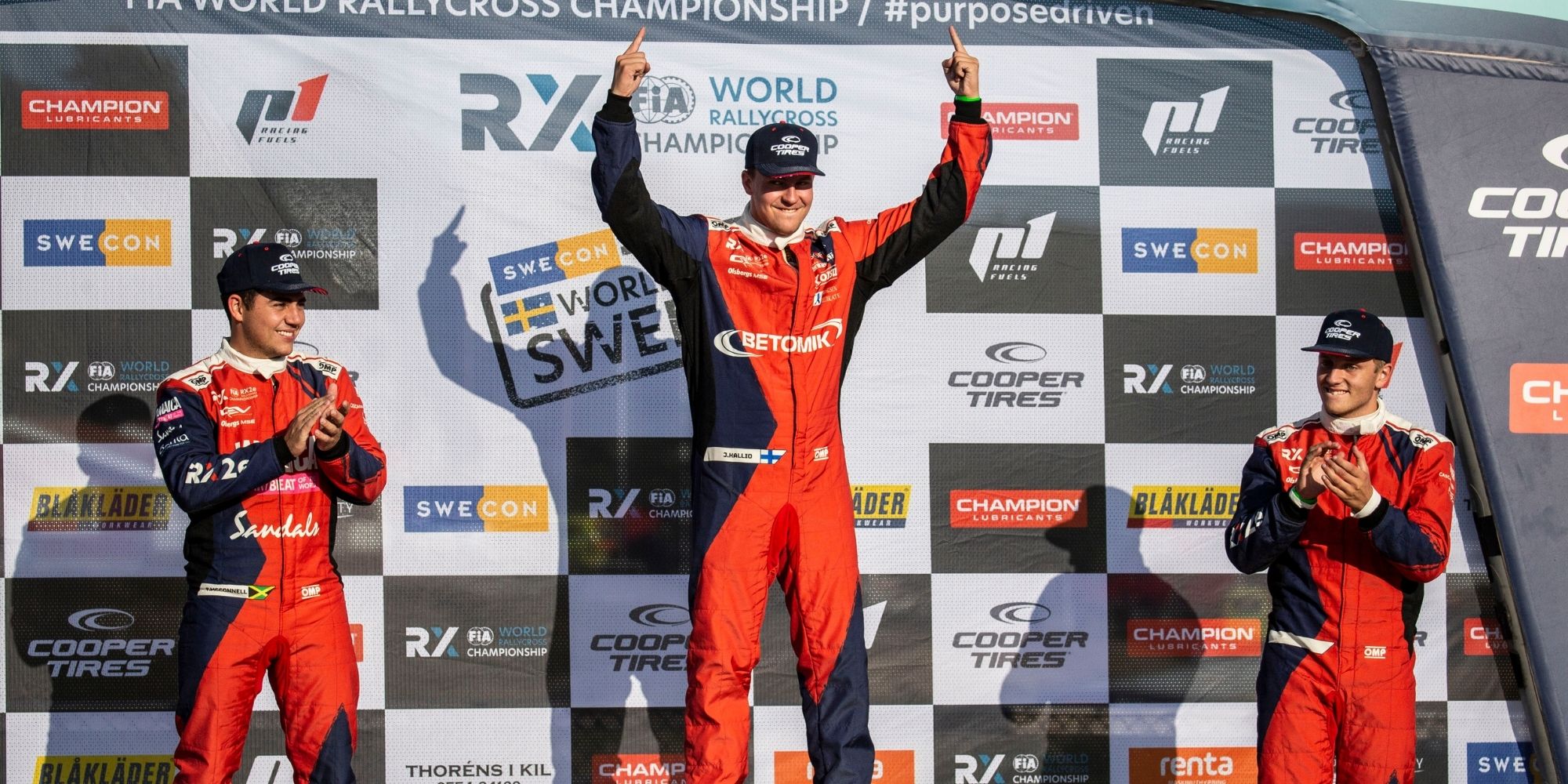 Kallio: You have to be perfect all the time if you want to win in RX2e

There is no margin for error if a driver is to be successful in RX2e, according to race-winner and title-contender Jesse Kallio.

The Finn is currently second in the overall standings after three rounds of the first-ever FIA electric rallycross championship, seven points behind pace-setter Guillaume De Ridder.

Kallio has been the most consistent challenger to the Belgian so far throughout the inaugural campaign, most notably securing a stunning win in Round 2 at Höljes, but the 22-year-old has had to be at the top of his game to compete at the sharp end.

“The RX2e car is really nice to drive, and I was surprised at just how easy it was to get used to,” he said.

“QEV Technologies and Olsbergs MSE have done a great job developing this car, as it is perfect for young drivers.

“I have been learning all the time this season because driving an electric car is something completely new for me.

“Of course, when everyone has the same car you have to be perfect all the time if you want to win. This series is full of fast and hungry drivers, which means it is a great test.”

The FIA RX2e Championship is the product of a collaboration between Spanish electro-mobility specialists QEV Technologies and Swedish rallycross powerhouse Olsbergs MSE, with the series based on an ‘arrive-and-drive’ concept that will act as a ladder to the top of the sport.

The championship heads to Spa-Francorchamps in Belgium next before a rescheduled visit to the Nurburgring in Germany will provide a fitting setting for the season finale.

Kallio has been a frontrunner since the start of the pioneering new series, pushing De Ridder hard in Barcelona before contact with Fraser McConnell in the final ruined the opportunity for a three-way showdown.

Victory at Höljes was then followed up by a fourth-place finish in Lohéac which kept the youngster’s title hopes alive.

Kallio said: “I’m quite pleased with my performances this season in RX2e. I have experienced a lot of good moments this year, and the competition has been tough.

“Of course, things could have gone even better – like in Barcelona where I had was involved in an incident at the start of the final – but that’s what rallycross is about. It’s sometimes a contact sport!

“My favourite moment so far was of course winning at the legendary Höljes. I will remember that one for the rest of my life – it was a perfect weekend!