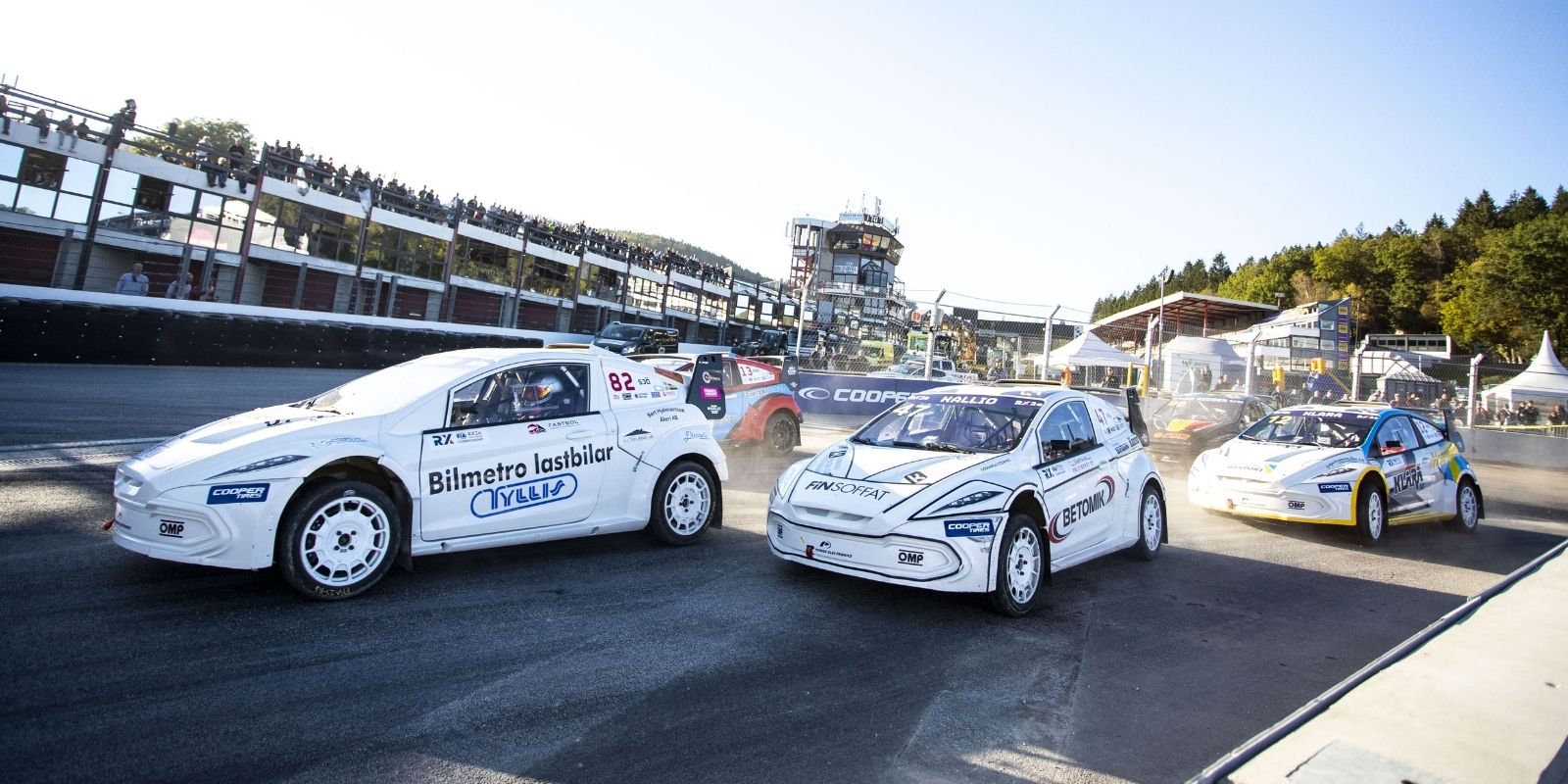 Jesse Kallio boosted his FIA RX2e Championship title hopes with a superb performance on day one of the Benelux World RX of Spa in Belgium.

The Finn finished second in the opening qualifying session at the iconic Spa-Francorchamps circuit before taking Q2 spoils to sit top of the intermediate standings, giving himself a great chance at closing the seven-point gap to title rival Guillaume De Ridder.

Isak Sjökvist mirrored Kallio’s results as the Swede also enjoyed an excellent afternoon at the Ardennes venue, although the 20-year-old had to settle for second in the overall table by virtue of most recent result taking precedent.

Meanwhile, Klara Andersson produced a stunning debut in electric machinery to post the third-fastest time in Q1 and she backed that up with the fourth-fastest time in Q2 to secure a spot in the leading trio overnight.

There was drama right from the off in the opening race of Round 4, with championship leader De Ridder crowded out in the opening corners as Conner Martell shot into an early lead, only for the American to be overhauled by Kallio before contact with De Ridder broke his suspension – leaving Pablo Suárez and Filip Thorén to tail home the title rivals.

Starting from pole in the second race of Q1, Sjökvist took advantage of a clean getaway to claim victory in rapid fashion ahead of the hard-charging Andersson and Patrick O’Donovan, while Christine GZ posted a respectable time on her RX2e bow and Laia Sanz battled back well from a jump start and obligatory second joker.

The latter pair experienced contrasting fortunes in Q2, with GZ showing remarkable improvement to chase home race-winner Suárez – and post the fifth-fastest time of the session – while Sanz was unfortunate to clip a tyre stack at the hairpin and collect the luckless Martell. Fellow debutant Thorén avoided the trouble to come home third, but both Sanz and Martell have it all to do in order to climb the standings tomorrow.

In the final RX2e race of the day, Sjökvist made an excellent start but carried slightly too much speed into turn one in an effort to fend off home hero De Ridder and was instead undercut by Kallio.

With Kallio and Sjökvist stretching clear our front, an enthralling battle between De Ridder and Andersson unfolded with the Swedish National Champion masterfully fending off her more experienced rival to take third on the road.

A frustrated De Ridder had to settle for fourth while O’Donovan limped home in fifth after contact with the wall, but the youngster remains in touch as the top seven in the intermediate standings are separated by just 15 points ahead of Sunday’s action.

Jesse Kallio said: “I need to take all the points I can this weekend, and not lose any more points to Guillaume [De Ridder].

“Tomorrow will be a hard day but I will just try and keep things going in the same way as today.”

Isak Sjökvist said: “Coming from karting, where you need to be smooth, that skill is an advantage here. Today has been great, although it was slightly frustrating to see Jesse slip by in the first corner of Q2, but we keep pushing tomorrow.

“To just be here at Spa is a dream come true. To have this amount of spectators this weekend has also been a great experience. I’m loving every second of it.”

Klara Andersson said: “Where do I start? It has been fantastic. I have learned so much and I have really enjoyed every second on the track.

“The team has been amazing, the set-up changes have been on-point and it was also nice to have a good battle with Guillaume in the last qualifying session. I’m really happy to be here with Svensk Bilsport and show what we can do.

“We’re all friends off track, but on the track we are just drivers who compete against each other. To learn from each other and enjoy the weekend is what we’re here to do.”

The FIA RX2e Championship continues with the second day of Round 4 action at Spa-Francorchamps, Belgium tomorrow (October 10). You can watch every single race live on RX+, the new FIA World Rallycross Championship broadcast platform.