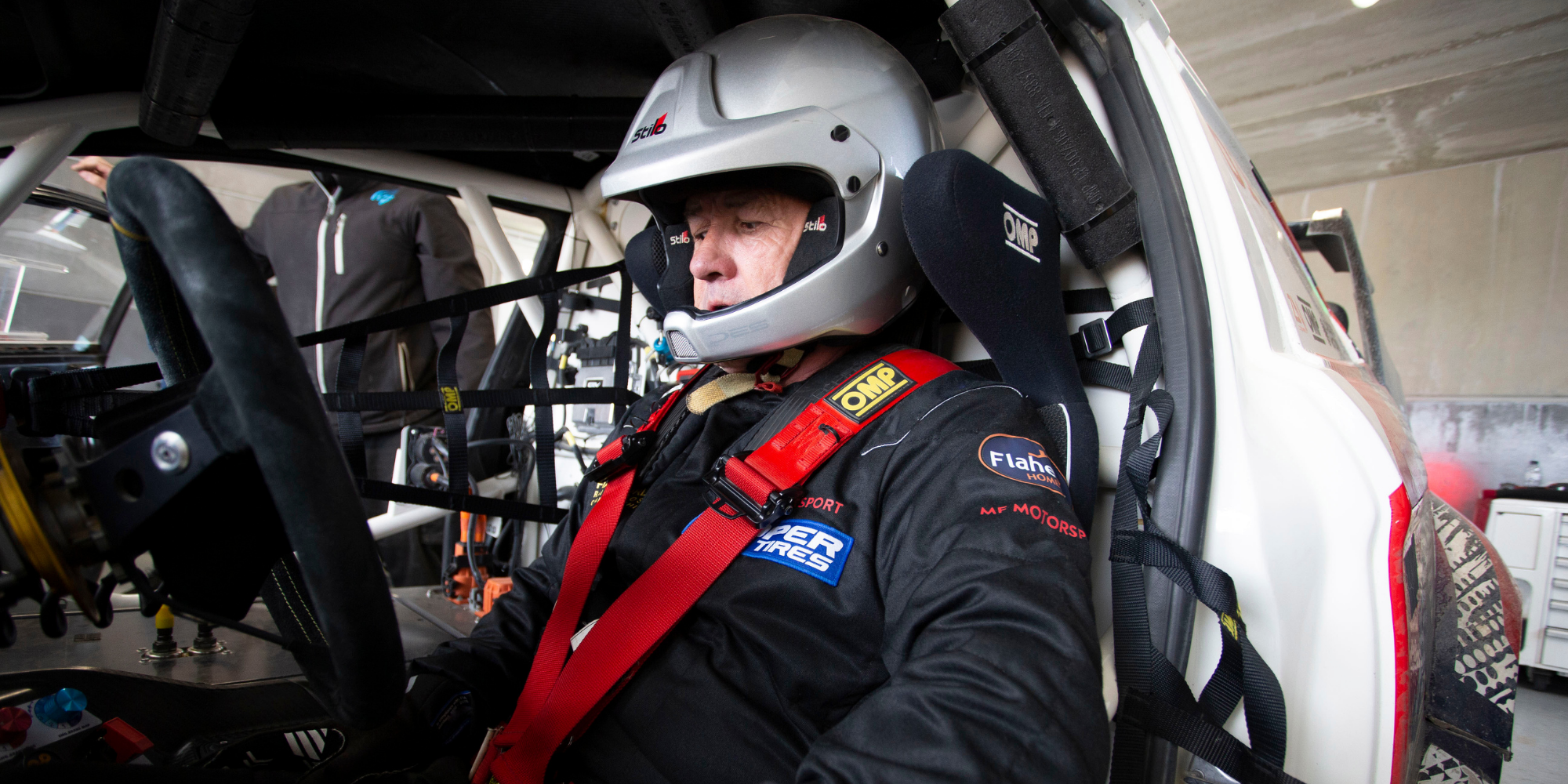 Mark Flaherty has become the latest driver to sign up for the inaugural FIA RX2e Championship, with the motorsport veteran set to bring a wealth of experience to the fledgling series.

With a racing career that spans 40 years, the British ace will be trying to use that to his advantage when the first-ever FIA electric rallycross championship gets underway at the Circuit de Catalunya in Barcelona, Spain later this month (July 23/24).

FIA RX2e is a joint project between Spanish electro-mobility specialist QEV Technologies and Swedish rallycross powerhouse Olsbergs MSE, and it is the leading support series on the FIA World Rallycross Championship program.

Competitors will face off in identical four wheel-drive, all-electric cars capable of generating 250kW (335bhp) of power and up to 510Nm torque, with the pioneering technology already labelled by many as the ‘future of rallycross’.

The cutting-edge series represents a new challenge for Flaherty, who started rallying at the age of 18 before moving into rallycross three years later.

Riding the sport’s wave of popularity in Britain during the late 1980s, Flaherty made a name for himself racing a rear-wheel drive, two-litre MKII Escort before stepping up to Supercar with the iconic Group B MG Metro 6R4.

Two Lyddden Hill Championship victories in 1991 and 1992, and a British Rallycross Driver of the Year award in the latter, were followed by a pair of British Championship event wins in 1993. Flaherty went on to become British Rallycross Drivers Association champion while he also took on some of rallycross’ biggest names in European events, giving an indication of his enduring talent.

Flaherty temporarily stopped competing in 1998 but returned to racing in 2012, participating in the Porsche Carrera Cup for several seasons. He has since kept his eye in with various rallycross appearances, including entries in the British Championship. Now he has once again returned to his rallycross roots and is ready to test himself against a field full of promising talent.

Mark Flaherty said: “I am super excited about the new RX2e championship. My competitors are considerably younger than me, but I look forward to the challenge!

“The car is really good. I was lucky enough to test it in Calafat and it was really impressive. The balance and the weight felt very good, and you could just see the potential performance. I’m ready to get behind the wheel and push it to the limit.

“This series has been labelled ‘the future of rallycross’, and I completely agree with that. The fact that rallycross has embraced electric technology early on is a great thing. Because this is a one-make series, fans can expect some really tough races and tight battles.

“QEV and OMSE have done a great job developing the car, and I am really impressed with their collaboration. The driver line-up already announced is incredibly competitive and, while I am more of a veteran than an up-and-coming star, I will be giving it my all and I can’t wait to get out there.”

Pere Gonzalez, Project Manager, FIA RX2e Championship, said: “Mark is vastly experienced in rallycross and knows exactly what it takes to be quick in the discipline. He has proven his pace behind the wheel in so many diverse categories, and this adaptability will stand him in good stead against his rivals.

“Mark’s feedback about the car’s performance during testing was very encouraging, and we are convinced he will be able to extract the maximum potential out of the technology when we get on track in Barcelona.”