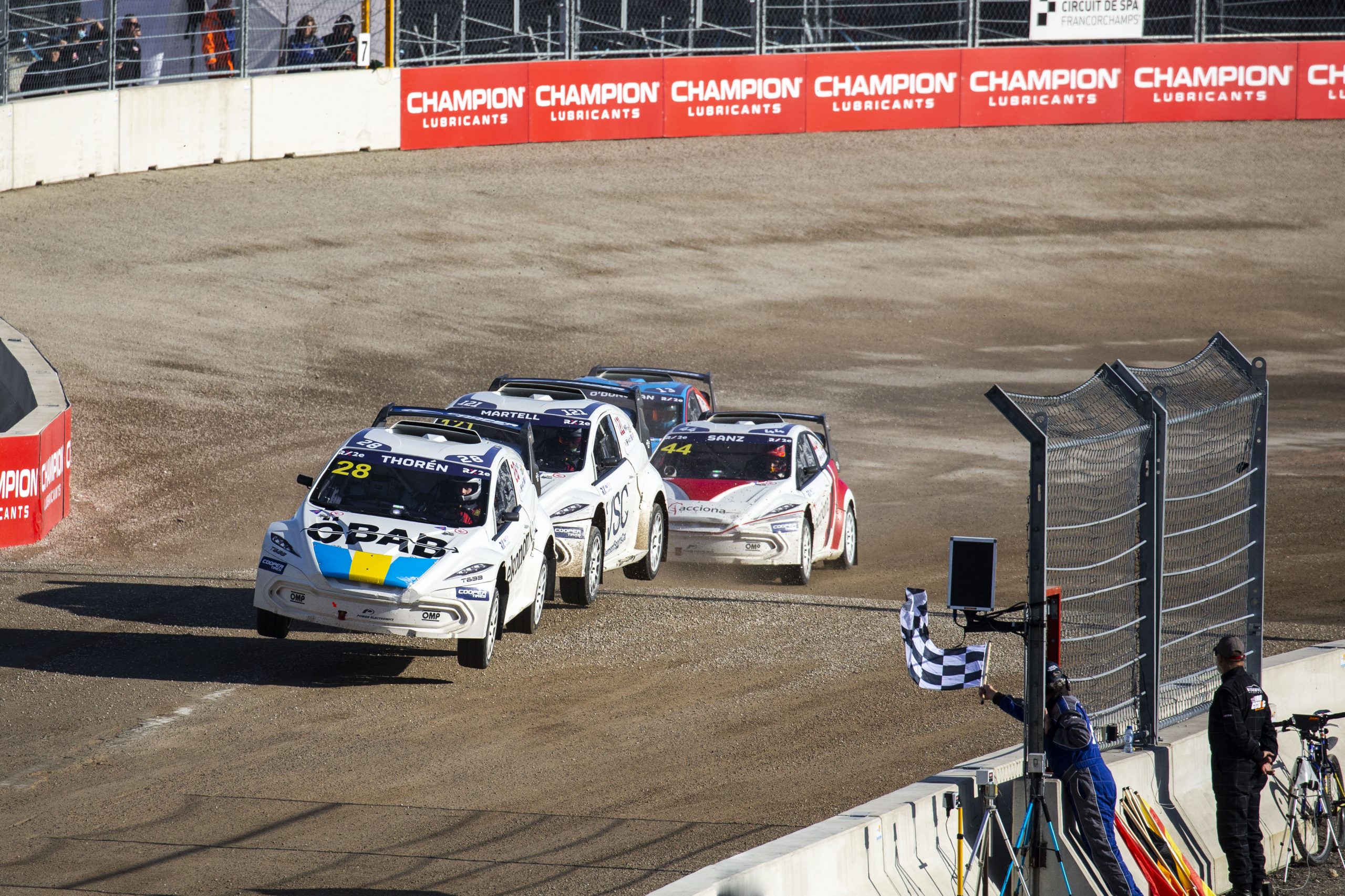 Filip Thorén will join the FIA RX2e grid in hopes to get the most out of this challenge. He did compete in a single event in the Inaugural Season of the FIA RX2e Championship, with the Swede set to join the fray for the season opener at the Höljes RX (July 1-3).

Thorén is on the RX2e grid for the upcoming event, with the first-ever electric FIA rallycross Championship set to deliver another bumper dose of wheel-to-wheel action as the FIA World Rallycross package returns to the iconic rallycross circuit.

The Hallsberg native, who cut his teeth in folkracing before stepping up to rallycross in 2019, will use last years’ experience to face up a burgeoning grid of promising stars. The opening round of the FIA RX2e Championship -which is set to support the headlining FIA World Rallycross Championship will take place on his home turf.

FIA RX2e, a joint project between Spanish electro-mobility specialist QEV Technologies and Swedish rallycross powerhouse Olsbergs MSE, is the leading support series to the World RX program and will see competitors face off in identical four wheel-drive, all-electric cars capable of generating 250kW (335bhp) of power and up to 510Nm torque.

However, Thorén will be up against several series regulars as well as fellow new arrivals and the 20-year-old has realistic expectations ahead of this year’s bow.

Having started karting at the age of seven, the Swedish youngster raced in national events until the age of 15 but then took a break from motorsport before returning to the traditional Swedish folkracing circuit in 2018.

This taste of competition led to Thorén catching the racing bug once more, and a full-time entry into the 2020 Junior Swedish Rallycross Championship followed. His first season in the category, driving at the wheel of his BMW E36, resulted in a sixth-place finish and 2021 started off with a podium at Höljes but a campaign of differing fortunes ultimately led to eighth overall.

Now Thorén is looking to broaden his motorsport experience by joining the RX2e Championship, and the promising teenager is eyeing gradual progression when the electric action gets underway in-home soil.

Filip Thorén said: “After last season I felt that I’m not done with the challenge of RX2e. I’m super excited to have another go. My main goal is to gain more experience and to be more consistent with lap times and performance over the entire weekend. We know how it feels to be in the final after Spa last season. Now it’s time to chase that feeling again”.

The best part of the car is the impressive driveability in the car, that makes so easy to get up and going with. Racing at the Opening Round, at Höljes…. Is the best RX track in the world – and the first track I scored a RX podium at in 2021. Can’t wait to be racing in front of the fans!”

Javier Alonso, Project Manager, FIA RX2e Championship, said:
“Filip has always been positive about our RX2e.  Having another exciting young talent with us for the opening round at the legendary circuit of Höljes, strengthens our driver line-up ahead of what promises to be a fiercely competitive event.

“It is greatly encouraging to see drivers from all motorsport backgrounds wanting to gain experience racing in our pioneering new series, and it is gratifying to see these promising stars already identifying our all-electric technology as the future of rallycross. We wish Filip the best of luck on home soil.”