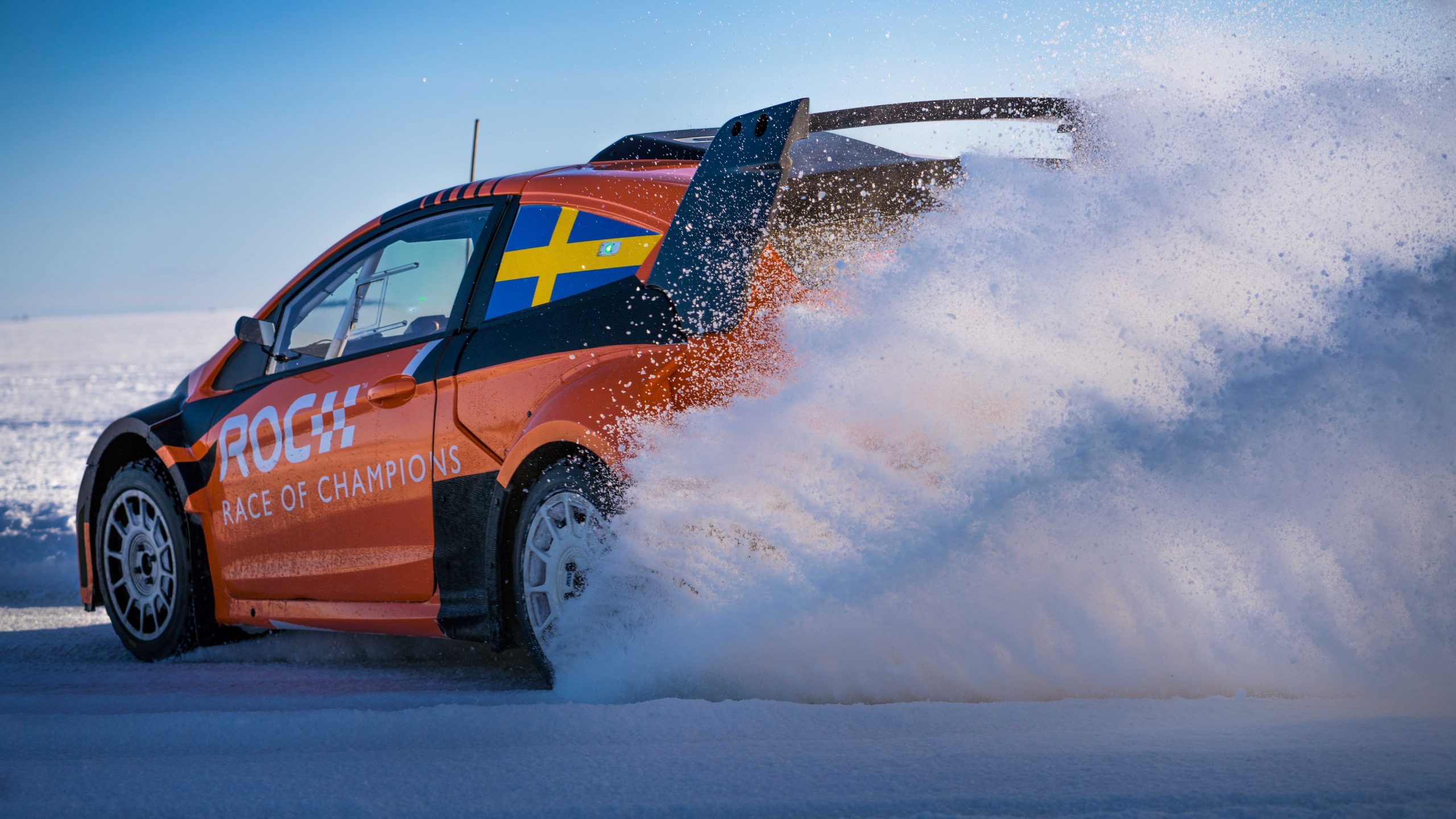 The FIA RX2e Championship car is set to be put through its paces by some of the biggest names in global motorsport at the beginning of next year, after being announced as the first electric addition to the legendary Race Of Champions’ inaugural snow and ice event.

Since debuting in 1988, the Race Of Champions has been held in some of the most prestigious sporting venues in the world, from China’s Bird’s Nest Olympic Stadium in Beijing to Paris’ Stade de France, as well as London’s iconic Wembley and Olympic Stadiums. It has captivated fans in Mexico City and Miami, Barbados and Bangkok – but 2022 will mark its first venture into Scandinavia, with the Nordic region having bred 12 of its previous winners (seven individual, five as part of teams in the ROC Nations’ Cup).

As announced earlier this year, Pite Havsbad in Sweden will play host to the multi-discipline event for the next five years on a specially-designed circuit built on the frozen Baltic Sea, just 60 miles south of the Arctic Circle – and FIA RX2e will be a major element of the show.

Set to race into life in just two-and-a-half months’ time, the first-ever FIA electric rallycross championship has already been making waves on the international motorsport scene. During testing, the Olsbergs MSE and QEV Technologies-developed car has routinely wowed drivers with its instant torque and power, lightning-quick acceleration, excellent balance and stability and cutting-edge on-board features.

After testing it late last year, three-time FIA World Rallycross Champion and 2019 Race Of Champions Nations’ Cup winner Johan Kristoffersson – who will return in an effort to reclaim his ROC crown in 2022 – described the RX2e car as ‘impressive’, ‘a real step in the right direction’ and ‘a great springboard to World Championship level’.

What’s more, the Swede – the most successful rallycross driver of recent times – is far from the only one to have been won over by the four wheel-drive ‘pocket rocket’, built around a spaceframe chassis and incorporating two independent powertrains alongside a 30kWh battery, with the motors generating 250kW (335bhp) of power and up to 510Nm torque.

Fellow World RX race-winner Kevin Eriksson and countryman Anton Marklund – a multiple podium-finisher at the pinnacle of the sport – similarly tried out the RX2e car on the ice last week, and both were full of praise for its performance.

Kevin Eriksson said:
“This was a completely new world for me and I didn’t really know what to expect – I had never been in an electric race car before and had only been in an electric road car once – but I have to say, the RX2e car lived up to all my expectations and then some.

“The driveability is the biggest thing. In a Supercar, although you have a lot of power, you can find yourself in the wrong gear sometimes or the revs might be too low which causes a slight delay, but in this car, the torque and power are always right there. That was the major surprise for me. It was a lot of fun, and I can’t wait to get my hands on it again!”

Anton Marklund echoed:
“It was my first time in a rallycross car with an electric powertrain, and my first impression was how easy the RX2e car was to drive, which was a very positive surprise. It handles very nicely, and I didn’t miss the gearbox at all – the electric motors give you the power you need from low revs to high revs, and you can really exploit that. Overall, it was a real pleasure to drive and I’m already looking forward to having the opportunity to try it again.”

Whether Eriksson or Marklund will be amongst the Race Of Champions contenders in 2022 remains to be seen, but the event has established a reputation for attracting superstars from all areas of the sport, with previous participants including Michael Schumacher, Tom Kristensen, Sebastian Vettel, Jenson Button, Petter Solberg, Sébastien Loeb, Travis Pastrana, Jimmie Johnson, Juan-Pablo Montoya and Jeff Gordon.

Whoever ultimately contests the event, it promises to be the ultimate test of speed, skill and control, with the RX2e car set to play a headlining role in what is sure to be a sensational show – while simultaneously exhibiting the extraordinary potential of EV technology. Race Of Champions was the first major international motorsport event to introduce electric race cars back in 2010, and is aiming to be fully sustainable and carbon-neutral next year.

Fredrik Johnsson, President and Co-Founder, Race Of Champions, commented:
“We are very happy to announce the stunning FIA RX2e car as the first electric car amongst the vehicles for the Race Of Champions Snow & Ice event at Pite Havsbad in Sweden, and we look forward to building a mutually successful long-term partnership together.

“From what we have seen during the first tests, this brand new electric rallycross car has very impressive torque and overall performance. I’m confident that the RX2e car will be a spectacular addition to the event and that the many star drivers at Race Of Champions will love pushing this electric car to its limits as they compete head-to-head to prove that they are the fastest!”

​​​Andreas Eriksson, CEO, Olsbergs MSE, said:
“We are thrilled to see the FIA RX2e car confirmed as part of the first-ever Race Of Champions to be held on the ice, and would like to thank Fredrik and his team for including us in what is always one of the highlights on the annual motorsport calendar.

“Race Of Champions invariably attracts the very crème de la crème of international superstars, and seeing them take to the track in the RX2e car will be an awesome sight. Rallycross is renowned for producing some of the most breathtaking action in the sport, and with this car’s eye-watering acceleration and ‘send-it-sideways’ style, I have no doubt that fans will enjoy every single moment – as, of course, will the drivers behind the wheel…”

Joan Orús, CEO, QEV Technologies, added:
“A tremendous amount of hard work has gone into getting the new FIA RX2e project off the ground, and the current interest in the championship is just reward for everybody’s incredible efforts – but to be added to the 2022 Race Of Champions bill really is the icing on the cake and something very special indeed. It promises to give drivers from across the motorsport spectrum and fans in every corner of the globe an insight into rallycross’ exciting electric future.

“This is an event that brings together the very best racers in the world, and putting them on the ice will drag the vast majority right out of their comfort zone, so it will be fascinating to see who gets to grips with that challenge the quickest. It will also be very interesting and useful to gauge their feedback about the RX2e car, which they will clearly need to master if they want to win. We look forward to finding out who those drivers will be.”