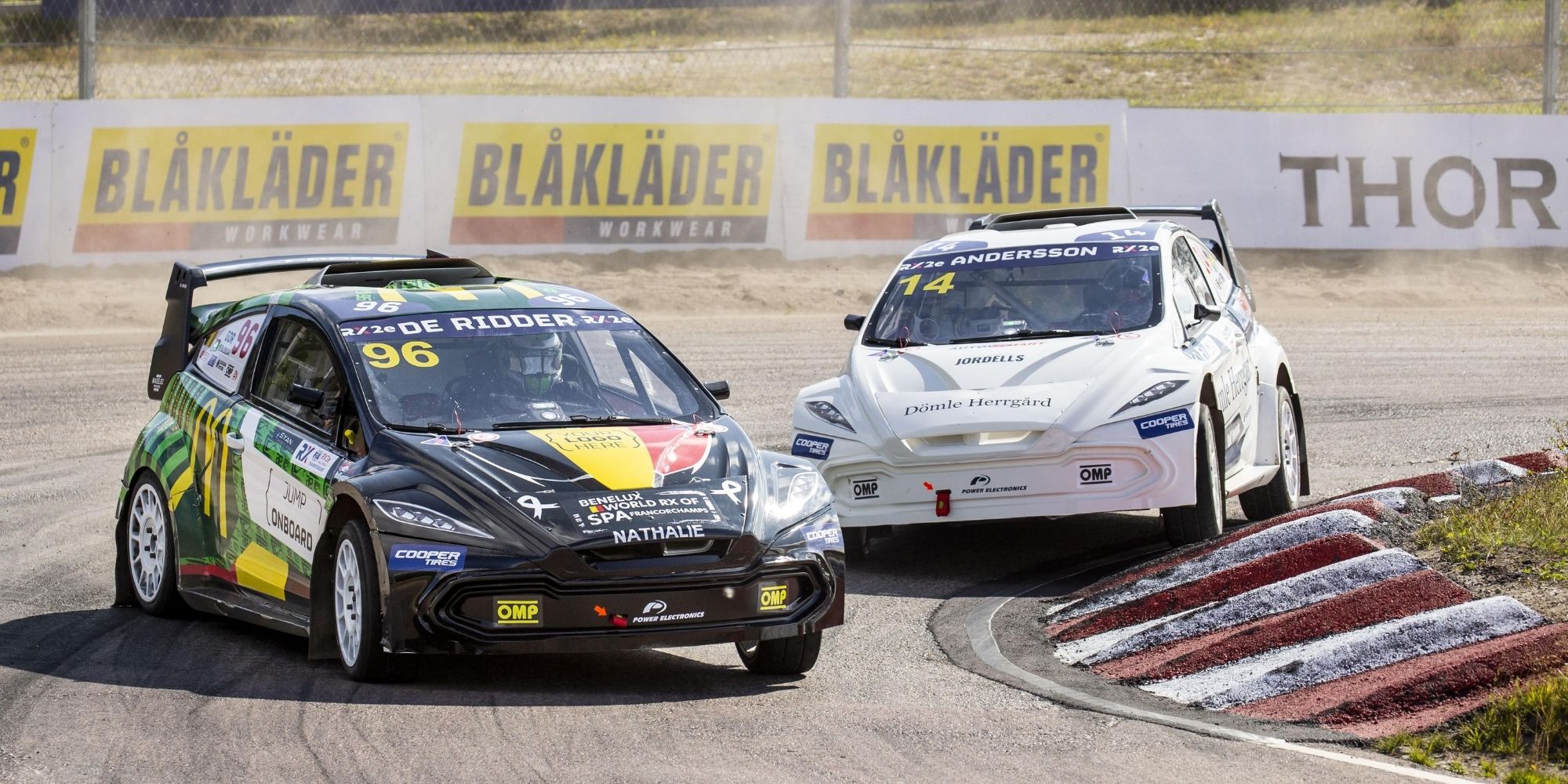 The FIA RX2e Championship battle continues at the Bretagne World RX of Lohéac this weekend (September 3-5), with just one point separating the top two drivers ahead of Round 3.

Guillaume De Ridder currently leads the way in the first-ever FIA electric rallycross championship, but the French-speaking Belgian has the slimmest of margins over Jesse Kallio following the Finn’s spectacular victory at Höljes last time out.

And as if the next instalment of a tantalising title fight wasn’t enough, several new faces including a pair of ex-FIA World Rallycross talents will join the grid for RX2e’s maiden visit to France.

Local hero and 2017 RX2 series champion Cyril Raymond is hoping to utilise home advantage at the iconic Lohéac circuit – and get one over former World RX team-mate De Ridder – while Latvian star Reinis Nitišs is also on the grid and looking to add more silverware to his impressive trophy cabinet.

Additionally, 2018 ARX2 champion Conner Martell is back on the World RX programme and will be sure to pose a threat while French teenager Dorian Deslandes is one to watch when he makes his international rallycross debut in Brittany.

It’s tight at the top of the Drivers’ Standings after two rounds of the inaugural RX2e campaign, with De Ridder – who works as a Power Unit Performance Engineer for Alpine F1 Team – still leading the way thanks to his clean sweep at the Catalunya curtain-raiser.

However, Kallio is just a point further back after winning a weekend-long battle with Fraser McConnell in Sweden – who in turn is another point behind and sits third in the table.

The Jamaican is not racing in Round 3, but fourth-placed Patrick O’Donovan will hope to build on a promising campaign so far when he takes to the track at Lohéac. The teenager has notched consecutive final appearances in his debut international rallycross campaign and will have the added incentive of racing on the same programme as his father, 2007 British Rallycross Champion Ollie O’Donovan, who will be competing in World RX this weekend.

Pablo Suárez is another promising star making his third appearance of the season so far, with the Spanish rallying ace – currently fifth in the Drivers’ Standings – demonstrating consistent improvement at every event as he gets to grips with the unique demands of rallycross.

Isak Sjökvist is set for a second RX2e outing after the Swede secured a brilliant podium on his series bow at Höljes, while compatriot Nils Andersson is also a welcome returnee after miserable luck last time out – the Kristoffersson Motorsport youngster having been well-placed in his semi-final before a stone from the car in front hit a switch in his vehicle and caused a loss of power.

The arrival of Raymond, a winner at Lohéac in the Euro RX Supercar (now RX1) category in 2018, is a major boost for RX2e while similarly Nitišs – still the youngest driver ever to win a World RX round – immediately strengthens the entry list.

Meanwhile, Martell bagged second at Silverstone on just his second RX2 appearance in 2018 and the American is relishing the chance to renew old rivalries on track. As for Deslandes, the 18-year-old is sure to enjoy vocal support from the partisan French crowd as he looks to upset his more experienced rivals.

“It is a privilege to be part of the FIA World Rallycross Championship package as it makes its return to such an iconic venue, and we are delighted to field a truly elite driver line-up this weekend as our series continues to go from strength to strength.

“The title battle is heating up as we reach the halfway stage of the season, and it will be fascinating to see how the new faces on the grid – and the more established competitors – adapt to our cutting-edge all-electric RX2e car around another world-famous circuit.”

Racing is set to begin at 1100 CET on Saturday, 4 September, with all of the action across the board to be livestreamed in HD quality via the cutting-edge new RX+ broadcast platform. This premium production will grant subscribers unparalleled and unprecedented access anytime, anywhere and on any device, offering a choice of viewing angles, in-depth expert analysis, special behind-the-scenes features and exclusive interviews.

The Full Season Pass is on offer for the special price of €19,99, representing a 60% discount on the regular price of €49,99 and guaranteeing access until the end of the year. The Event Pass for Bretagne World RX of Lohéac is available for €7,99. For more information or to subscribe, click here

Tickets to Bretagne World RX of Lohéac can be purchased here