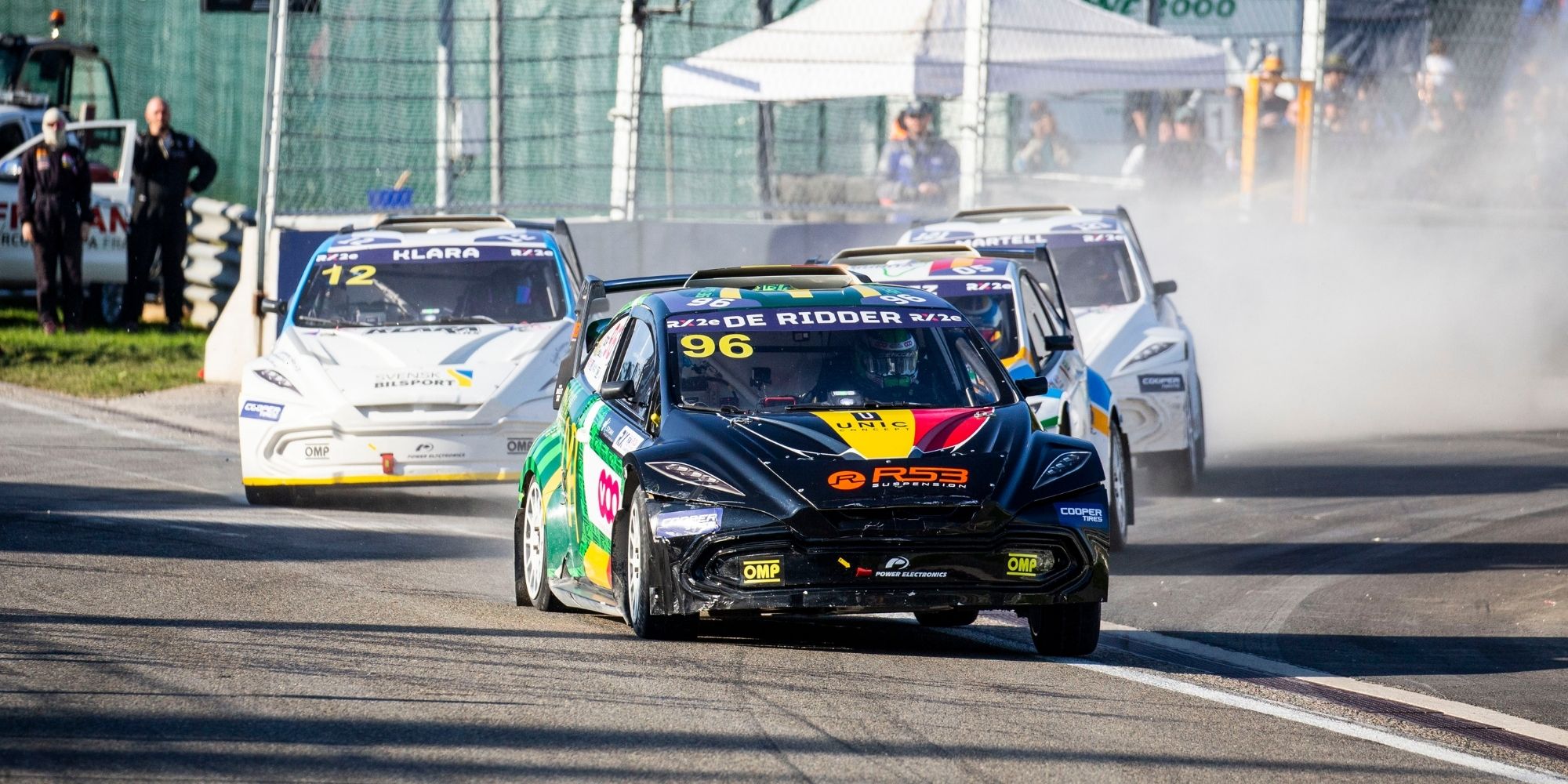 The 2021 FIA RX2e Championship is set for its grand finale at the World RX of Germany (November 27-28) later this month.

A confirmed list of returning cast members from the series’ inaugural season are joined by a pair of newcomers, as the grid prepares to take to the world-renowned Nürburgring circuit.

Kobe Pauwels and Pepe Arqué enter the fray with a wealth of karting and CrossCar experience between them as well as Pauwels making headlines in Euro RX3 this season.

The title fight, meanwhile, will be going down to the wire with a nine-point gap separating year-long rivals Guillaume De Ridder and Jesse Kallio heading into the final race of 2021.

Catch every race live on the new RX+ broadcast platform – make sure you sign up so that you don’t miss a second of the action, while there is also heaps of behind-the-scenes content and bonus features for you to enjoy.