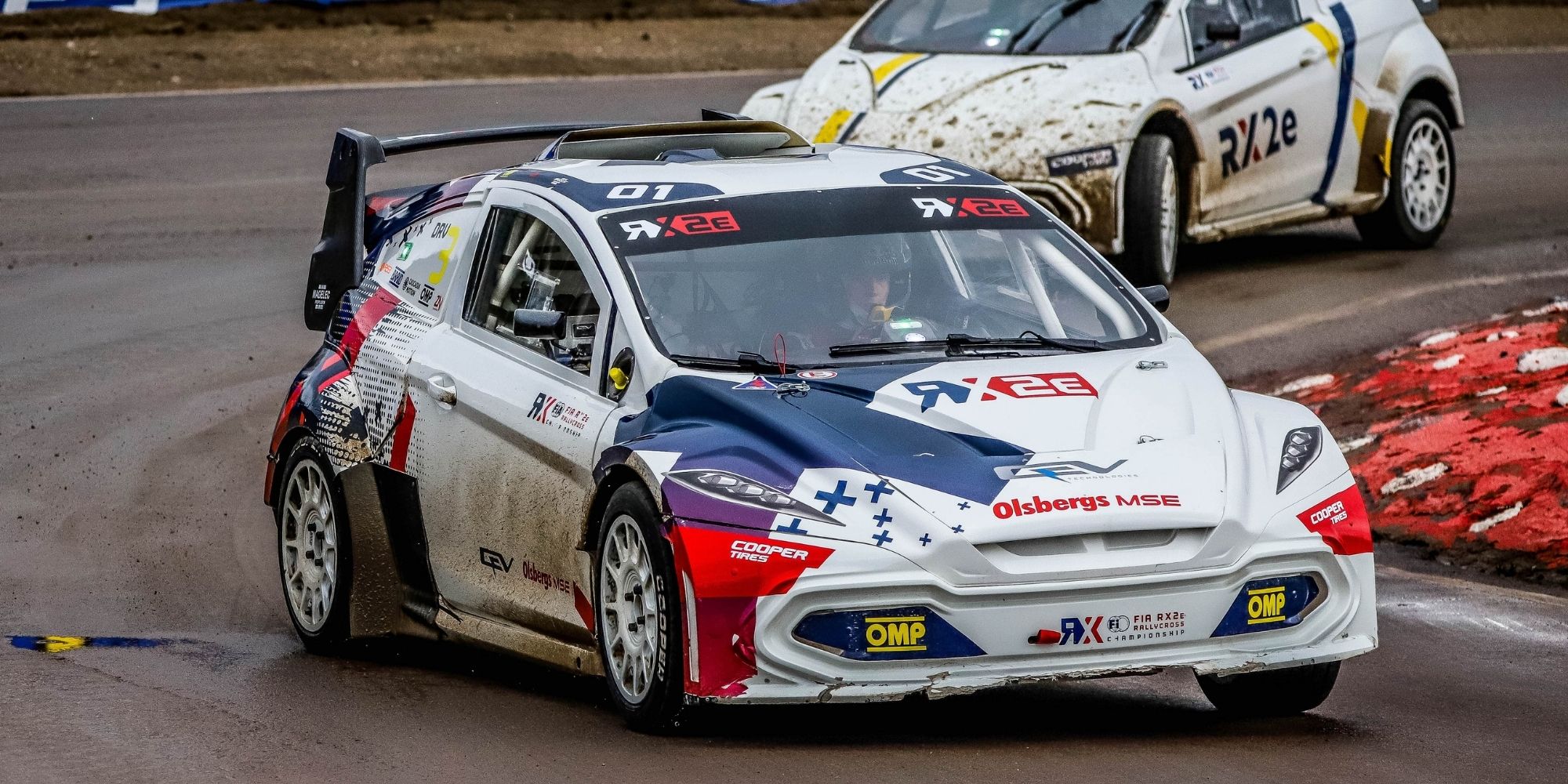 The FIA RX2e Championship will make its bow in Spain next week (July 23/24) when Round 1 of the pioneering new series gets underway at the Circuit de Barcelona-Catalunya.

The first-ever FIA electric rallycross championship is the leading support category to the FIA World Rallycross Championship and will add another level of excitement to what already promises to be a sensational weekend’s racing.

RX2e will see an exciting line-up of talent go head-to-head in identical, cutting-edge machinery capable of generating 250kW (335bhp) of power and up to 510Nm torque – putting the emphasis on firmly on driver skill.

The joint project between Spanish electro-mobility specialist QEV Technologies and Swedish rallycross powerhouse Olsbergs MSE is already seen by many to be the future of the sport ahead of World RX’s progression to electrification, with a number of promising young stars signing up for the debut campaign.

The driver roster is headlined by ex-World RX star Guillaume De Ridder while Fraser McConnell, Jesse Kallio and Damien Meunier – all former RX2 drivers – are back on the international scene once more.

There is a Spanish flavour to the Round 1 line-up with Pablo Suárez, Pepe Arqué and José Luis García all signed up for their home event. Veteran British racer Mark Flaherty is also on board while teenage prospects Patrick O’Donovan and Ole Henry Steinsholt complete the grid.

There promises to be non-stop action once the lights go green in Barcelona, with the curtain-raising event taking on a unique evening format that will provide added excitement to fans in attendance and those watching at home.

The Circuit de Barcelona-Catalunya joined the World RX calendar in 2015 and has been a staple ever since, with the stadium section of the famous Formula 1 and MotoGP venue offering unparalleled views of the action.

The rallycross track itself is a 1,125m challenge comprised of asphalt and dirt sections, and has produced some spectacular action during past visits.

As well as the highly-anticipated first-ever RX2e round, there will be a bumper World RX grid, an ultra-competitive Euro RX3 field and also a visiting CrossCar series in action over the two days.

“Bringing together this series has required a huge effort from QEV Technologies, Olsbergs MSE and all of our partners but it is gratifying to see all of that hard work pay off.

“The new car is a fantastic piece of engineering set to revolutionise rallycross, while our driver line-up is packed full of promising young talent – and a few more experienced heads! It is a privilege to be part of the FIA World Rallycross Championship program, and we are all looking forward to a truly spectacular debut season.”

Gyarfas Olah, FIA Off-Road Commission President, said: “We are delighted that after months of preparation, the first-ever FIA electric rallycross series – the FIA RX2e Championship – will make its much-anticipated debut at Circuit de Barcelona-Catalunya on July 23-24. This is an important step in the FIA’s mission to provide a cost-effective entry point for younger drivers to become part of rallycross’s electric future.”

All of the high-octane action from FIA World RX, FIA RX2e, Euro RX1, Euro RX3 and visiting CrossCar series will be broadcast live and on-demand across the new RX+ platform throughout the 2021 season.

Every race in every category at every event will be shown live in HD – from the very first qualifying contest right the way through to the showpiece finals – while there will also be hours of exclusive content, analysis and interviews for subscribers to enjoy.