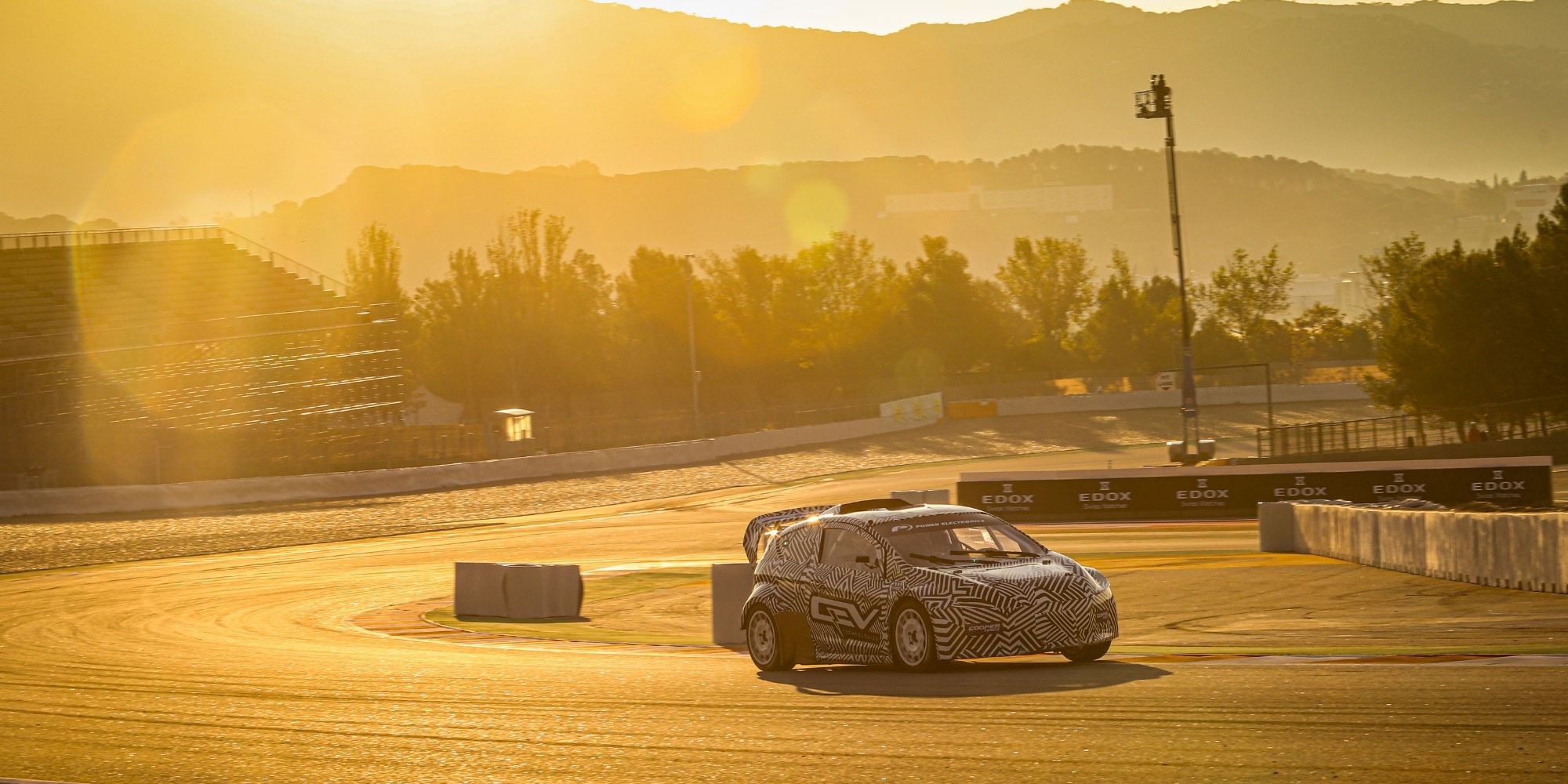 The entry list for the opening round of the inaugural FIA RX2e Championship at the Circuit de Catalunya, Barcelona has been released.

The first-ever FIA electric rallycross championship gets underway later this month (July 23/24), and an exciting line-up of drivers has been confirmed for the maiden event.

RX2e is a joint project between Spanish electro-mobility specialist QEV Technologies and Swedish rallycross powerhouse Olsbergs MSE, and will see competitors face off in identical four wheel-drive, all-electric cars capable of generating 250kW (335bhp) of power and up to 510Nm torque.

The series is the leading support category on the FIA World Rallycross Championship undercard, and the driver roster is headlined by former World RX star Guillaume De Ridder.

The Belgian finished third in his debut RX2 season then went one step better in 2018, coming home second behind Oliver Eriksson, but he suffered plenty of ill-luck and misfortune after stepping up to the top tier in 2019.

This year De Ridder will face a stiff challenge from the likes of flying Finn Jesse Kallio and French prodigy Damien Meunier, who both also have previous experience in RX2 – Rx2e’s predecessor.

Fraser McConnell is another driver expected to be among the pace-setters, with the Jamaican having bagged his first RallyX Nordic Supercar win earlier this season when he got the better of three-time World RX champion Johan Kristoffersson at Nysum.

Elsewhere, Ole Henry Steinsholt is already a proven winner in multiple categories and will hope to add to his haul of Norwegian and North European rallycross championships with an all-electric title.

Fellow teenager Patrick O’Donovan has his eyes on the prize but will be looking to learn as much as possible from his more experienced rivals such as Brit Mark Flaherty.

Meanwhile, there is strong Spanish flavour to the Barcelona line-up with Pablo Suárez and Pepe Arqué joined by rallying veteran José Luis García for the first round of the pioneering series.

The entry lists for World RX and Euro RX3 have already been released and can be viewed HERE.