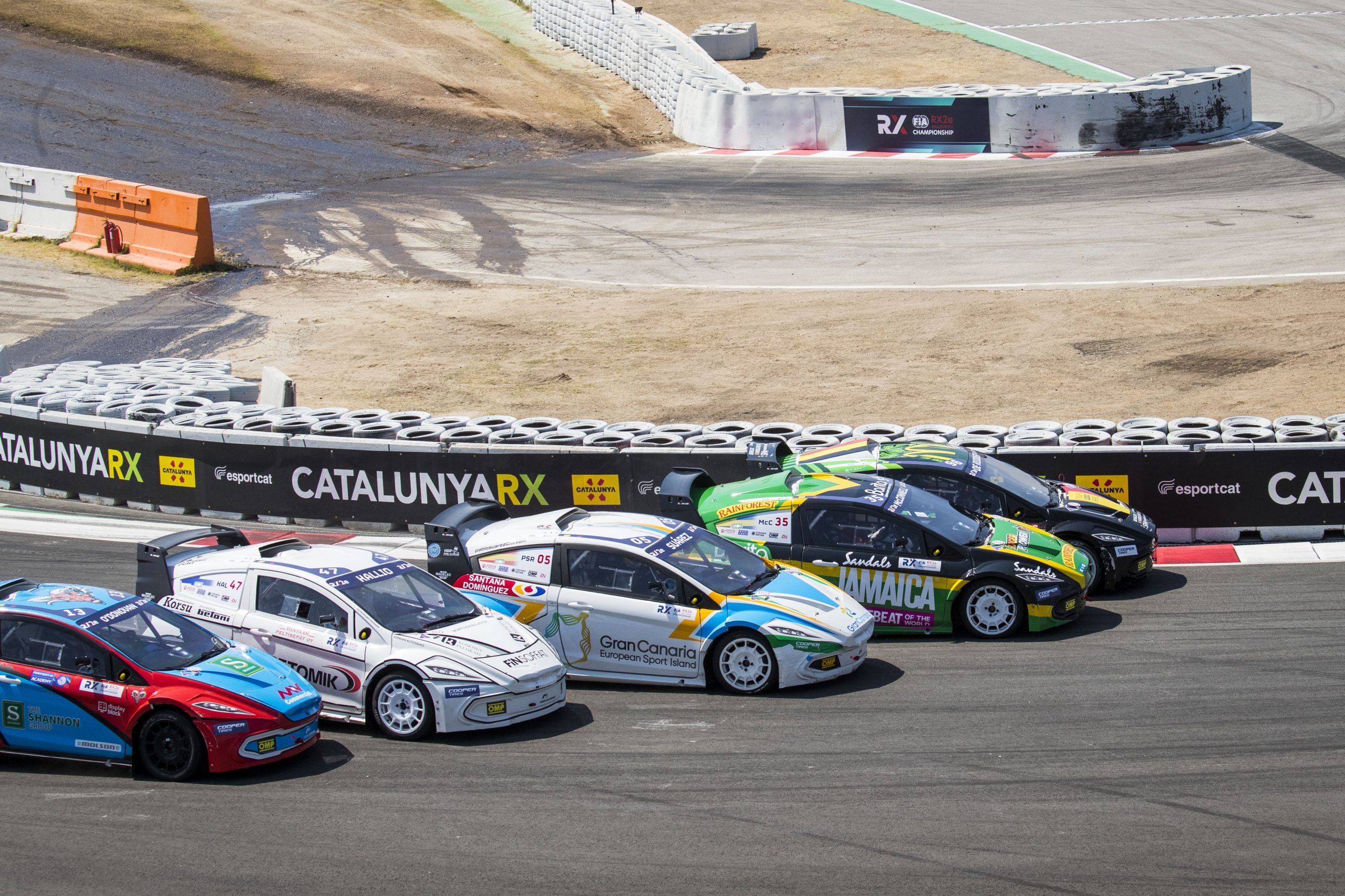 The moment of truth has arrived with the last round of the FIA RX2e Rallycross Championship season in which the title will be decided in the best possible setting. The Circuit de Barcelona-Catalunya hosts the grand final of the category before the rallycross world championship, an historic event where a new Champion will be crowned, the second in the history of the championship after Guillaume de Ridder won the title last year.

It may be another Belgian who succeeds him, with his countryman Viktor Vranckx leading the overall ranking. His second position in the previous race in Spa-Francorchamps brought him a little closer to a title which his three closest rivals also aspire to, separated by just two points: Isack Sjökvist, Nils Andersson and the latest RX2e winner Patrick O’Donovan, with two wins.

Vranckx and O’Donovan have shared the victories this season, with the Belgian driver winning in Höljes and Hell and the Brit triumphing in Riga and Spa-Francorchamps, where both drivers delighted the large audience in the stands with a spectacular battle on the track, already part of FIA RX2e Rallycross Championship history.

Similarly, Raül Ferré and Pablo Suárez will battle it out at the Circuit de Barcelona-Catalunya to be in the Top 5 in the championship’s overall ranking, in what will be a home race for both drivers. For Ferré this will be the closest track to his native Andorra, significant given the historical relations between the Pyrenean country and Catalonia. Suárez, on the other hand, will come full circle on his two years competing in rallycross on the track where he made his RX2e debut in July 2021, just after reaching the podium in Belgium.

They won’t be the only drivers on Montmeló’s asphalt, since some familiar faces and new names will also join in for the season’s race. On the one hand, Catalan driver Laia Sanz will return to the vehicle in which she competed in the season’s first two rounds, in Höljes and Hell, cementing her outstanding performance in rallycross.

The new additions will get the chance to see a familiar face from the world of Formula 1 and the 24 Hours of Le Mans on the starting grid, such as Nick Heidfeld. The German driver, after a few years away from competition, returns to motorsports, making his debut in rallycross with an RX2e after his successful sports career in single-seaters and endurance.

With him, Spanish motorcycling rider Carlos Checa, Superbike World Champion, will try rallycross for the first time, taking a step forward towards four wheels similar to the one completed by his compatriot Laia Sanz. Youngster Pepe Arqué is the latest local addition to the grid, who already raced at the wheel of an RX2e at the last round of the inaugural season – Nürburgring 2021; all of whom make up the quartet of home drivers at the Spanish round of the contest.

The FIA RX2e Rallycross Championship returns to the circuit where it was born last year, the Circuit de Barcelona-Catalunya forming part of the history of motorsports, a must-see for the vast majority of international championships on both two and four wheels. Venue of the Formula 1 Spanish Grand Prix and Catalonia’s MotoGP Grand Prix, among many other prestigious races, it was inaugurated in 1991 and has formed part of the FIA World Rallycross Championship since 2015, the year that saw the launch of the RX track.

With just over 1,100 meters and taking advantage of the famous “Estadi” area, the Catalan rallycross track starts just before the well-known Turn 10, passing the first dirt sector where the famous jump is located up to Chicane RACC, where the Joker Lap can be found along the outside line. The drivers make the turn there to return on asphalt towards the second section on land which, after a series of swerves, faces the cars towards the finish line.

Taking as a reference the experiences of last year, when the RX2e debuted on the Barcelona track, the show is expected to flood the circuit with passion, with fans enjoying the race from the stands in the first 100% electric event of the Rallycross World Championship. Due to its design, this track hides some exciting secrets that set it apart, guaranteeing strong emotions and fierce fights in the Heats, Progression Race, Semifinals and Final.

All the action of the weekend of the FIA RX2e Rallycross Championship on Spanish soil, in which it shares the Circuit de Barcelona-Catalunya with the World Rallycross Championship (FIA World RX), can be followed live through the official platform RX+. All the sessions will be available, as well as exclusive content with analysis and interviews so fans can enjoy in HD all the action of the World RX of Barcelona-Catalunya.

The entry list for Round 5 of the 2022 FIA RX2e Championship has been officially revealed, with ten drivers set to battle for glory at Circuit de Barcelona-Catalunya, Spain (29-30 September).