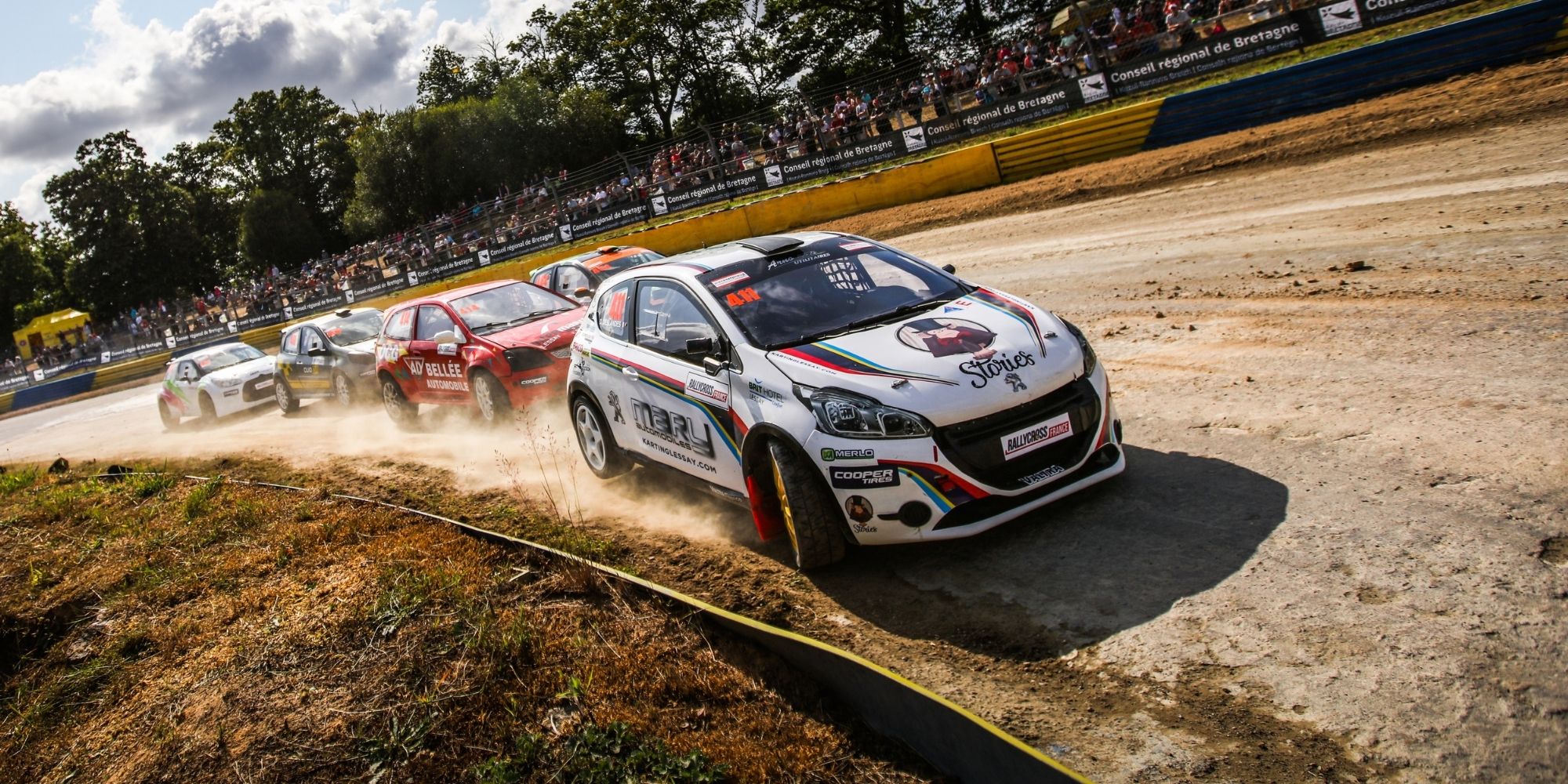 Deslandes determined to do France proud on RX2e debut at Lohéac

Dorian Deslandes will be hoping to make home advantage count when the teenager joins the FIA RX2e Championship at the Bretagne World RX of Lohéac this weekend (September 3-5).

The 18-year-old is the most recent addition to a compact but high-quality field for Round 3 of the first-ever FIA electric rallycross championship, and the Frenchman is looking to impress in front of what is sure to be a partisan crowd.

Joining compatriot and friend Cyril Raymond on the grid for the upcoming event, Deslandes will seek to utilise his experience in both rallycross and rallying to get up to speed in RX2e – although the pioneering electric technology is sure to test his skills to the maximum.

The Cherbourg native began his motorsport career in karting, picking up a pair of regional titles then going on to compete in several French championships before turning his attention to rallycross in 2019.

Aged just 16, Deslandes entered the fourth division of the French Rallycross Championship behind the wheel of a Peugeot 208 and became the youngest driver to win a race in the series on his way to third in the overall standings.

The COVID-19 pandemic briefly halted Deslandes’ momentum but the French prodigy still kept his eye in with a one-off appearance in the S1600 class, finishing an impressive second.

Having secured his driving licence in December, Deslandes has most recently been competing in rallying – also at the controls of a Peugeot 208 – but is now looking to broaden his skillset further with an RX2e appearance.

Dorian Deslandes said: “To have a round of the FIA World Rallycross Championship at home is good, but to participate in is even better! This weekend I will have the chance to take part in the new FIA RX2e championship thanks to Olsbergs MSE, and I’m looking forward to discovering the potential of this car.

“On top of that, it’s the first time I’ll be racing against my friend Cyril Raymond. We worked together this summer at the Karting Circuit Paul Ricard, so we know each other very well. We will be the only two Frenchmen on the RX2e grid, but you can count on us to represent our colours in the best possible way!”

Pere Gonzalez, Project Manager, FIA RX2e Championship, said: “We are all extremely excited to be racing in France this weekend, and the addition of a second native driver to our RX2e line-up is sure to interest the local fans!

“Dorian is a young talent with heaps of potential, and we all hope he can continue his positive upward trajectory as he gets to grips with the all-electric RX2e machinery. We wish him the best of luck at Lohéac.”