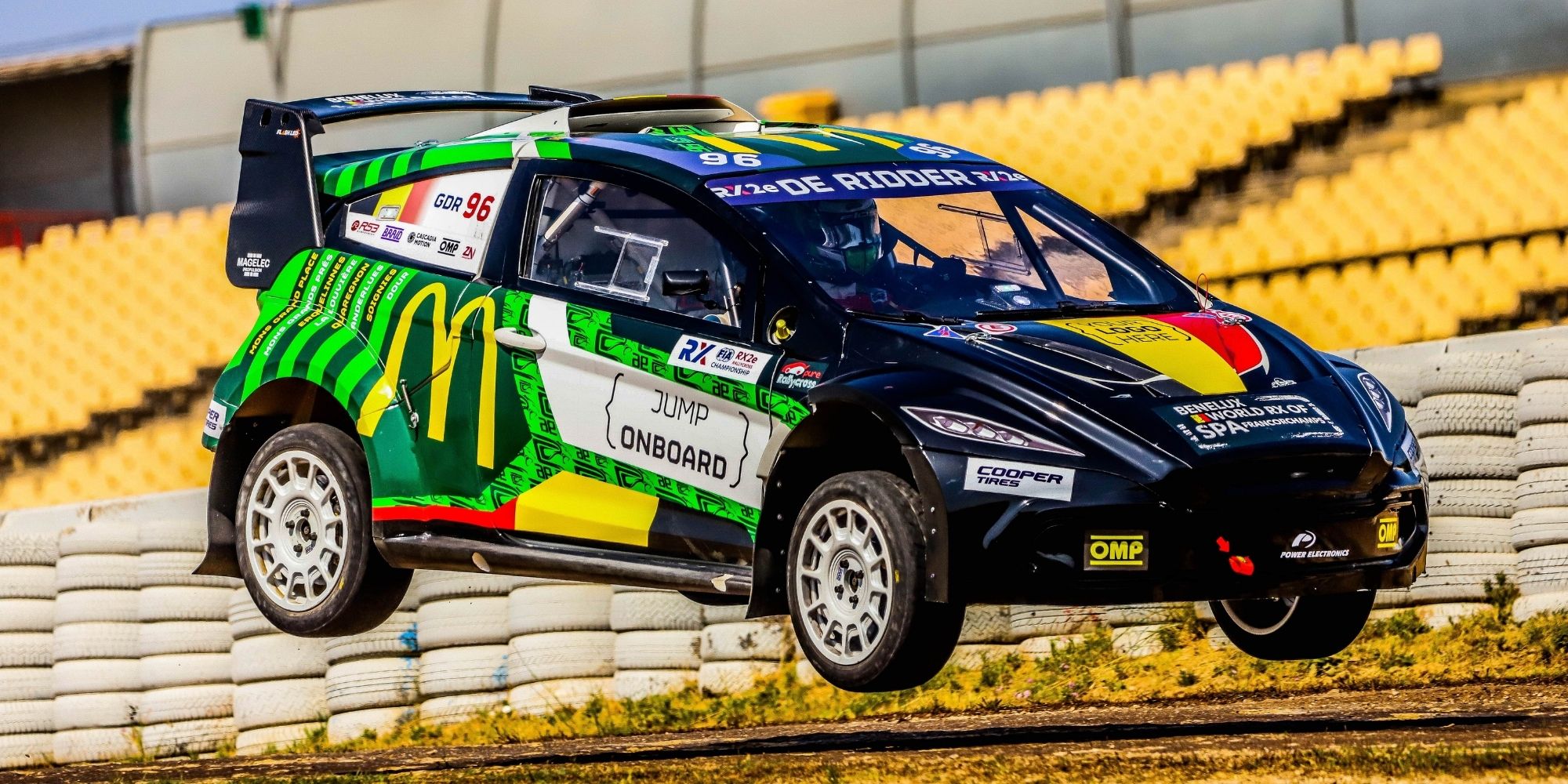 De Ridder on top after ‘historic’ RX2e debut in Catalunya

Guillaume De Ridder was a dominant force on the opening day of the FIA RX2e Championship, securing a clean sweep of session wins as the pioneering new series made its bow at the Circuit de Catalunya.

The Belgian driver was quickest out of the blocks in the inaugural round of the first-ever FIA electric rallycross championship, setting the pace in practice before going on to post fastest times in both Q1 and Q2.

De Ridder was pushed all the way by Fraser McConnell and Jesse Kallio, with the former RX2 sparring partners joint-second in the intermediate standings overnight.

And there was plenty more action and promising displays throughout the field with Norwegian ace Ole Henry Steinsholt, French youngster Damien Meunier and local favourite Pablo Suárez all catching the eye.

De Ridder came into RX2e with an already well-established reputation, having registered third and second place overall finishes in RX2 before stepping up to the FIA World Rallycross Championship in 2019, and the 28-year-old is certainly living up to it so far.

He immediately set the pace in practice before a superb launch saw him convert pole position – achieved by virtue of Thursday’s grid draw – into a Q1 victory with an almost faultless drive.

Steinsholt slotted into second ahead of McConnell but an early joker failed to pay off and the Jamaican, who has been impressing in RallyX Nordic for Olsbergs MSE this season, put in some stellar laps to grab track position.

Kallio enjoyed an ultimately comfortable run to victory in his opening race of the weekend, posting a time good enough for third quickest in Q1 as he led home Meunier and Suárez – although contact with the latter in turn two threatened to upset his plans.

It was more of the same for De Ridder in Q2, getting the holeshot and pulling away at the front of the field as Kallio and McConnell disputed second.

It was the Finn who got the upper hand on this occasion, pulling off an excellent move on the way into the dirt complex at the end of the lap to ensure the pair are tied on points overnight.

Steinsholt and Meunier were fourth and fifth in that race and on the Q2 timesheets, while Suárez posted the sixth fastest time on his way to victory in the session’s other race – much to the delight of the home crowd in attendance.

Fellow Spaniard José Luis García sits seventh in the overall standings after an incident with Mark Flaherty in Q2 saw him put all his rallying experience to good use in order to keep his car out of the barriers.

Oscar Ortfeldt is a point further back while Patrick O’Donovan – the youngest driver in the field – was left rueing what might have been after a DNF in Q2. The 17-year-old was well-placed in sixth after Q1 but contact at the start of Q2 leaves him with ground to make up tomorrow.

Guillaume De Ridder said: “This is a historic day for rallycross, and I’m so pleased that I won the first-ever RX2e race. To be top in Q1 and Q2 is a perfect start to the weekend but the toughest is still to come because the other guys are pushing a lot – I saw them in my mirrors all the time.

“I hope that we can keep the same momentum tomorrow. I need to raise my game and push even more. With all of us in the same cars, it is completely down to the drivers now; I think that is really good for the sport – and for us.”

Jesse Kallio said: “It’s very exciting to be behind the wheel of this car, and it was really nice to be back racing today. I had a really good fight with Fraser, and hopefully we will have more tomorrow.

“Guillaume has been really fast today, and I just need to find a little bit more speed. I think we are close to getting there!”

Fraser McConnell said: “I’ve had really good fun today, and these guys have really made me step up my game. This is all very new for all of us – we’ve made some gambles with our set-up changes, but we’re just going out there and going as fast as we can.

“It’s been tough today – these guys are very special out on track. The first thing I did when I came out of the car after Q2 was to say ‘Big up Jesse’, then ‘don’t do that again!’ We’re good friends, and respectful both in and out of the car. I appreciate that.”

“There are so many elements that make this car exciting. The instant acceleration makes it easy to get good, but to get from good to really fast is the tricky bit. Guillaume has figured it out, and me and Jesse are nearly there.”

Catch all the RX2e action live on the new RX+ broadcast platform, with Q3 scheduled to start at 10:48 CET.