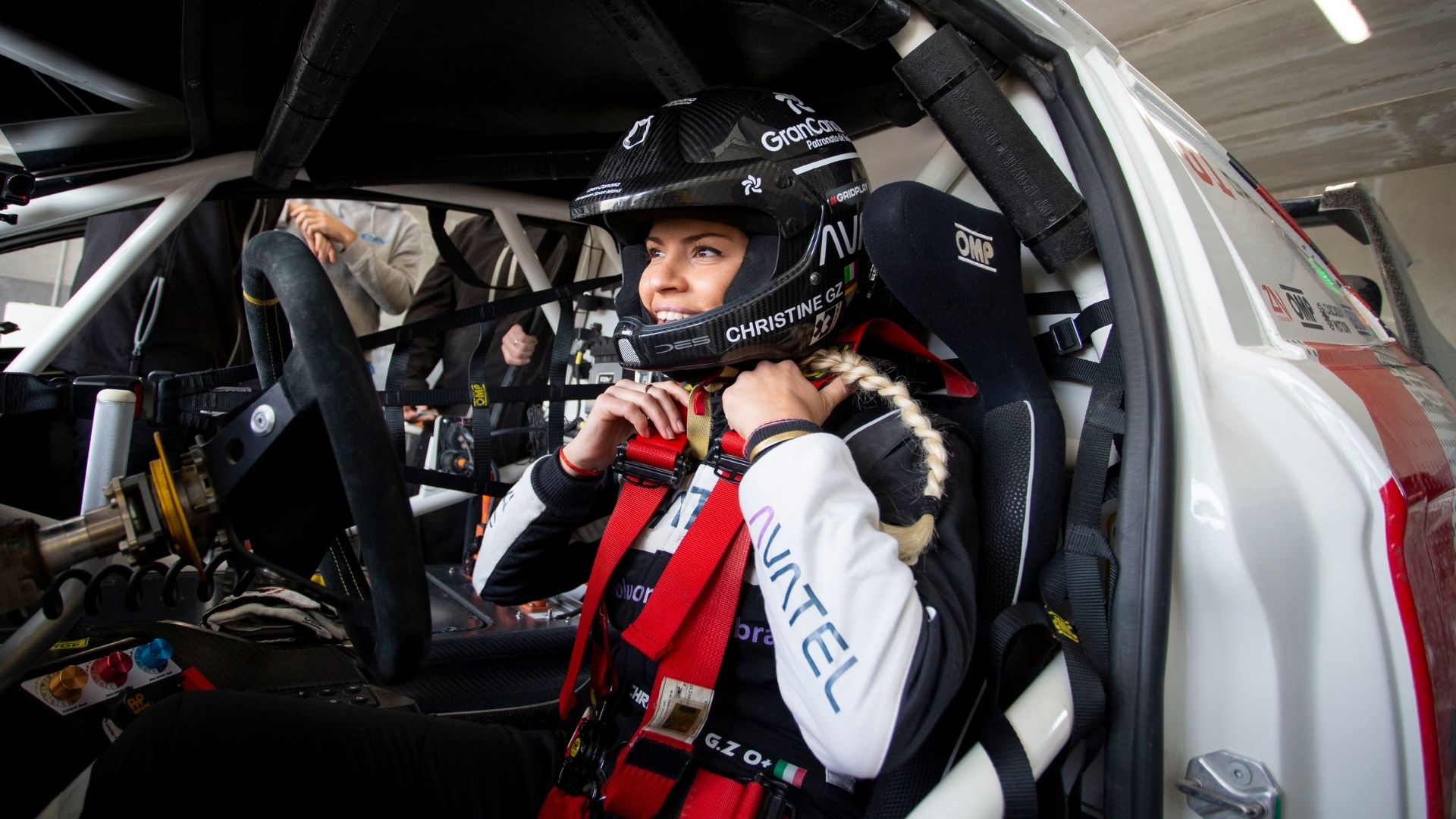 Christine Giampaoli Zonca, more commonly known as Christine GZ, will make her international rallycross debut in Round 4 of the FIA RX2e Championship at the Benelux World RX of Spa-Francorchamps next month (October 9-10).

While Spa will represent GZ’s maiden event in the discipline, the 27-year-old has plenty of transferable experience – not least on the FIA World Rally Championship stage – which will stand her in good stead for the unique demands of RX2e.

The hugely-popular star is undoubtedly playing catch-up compared to several experienced rallycross regulars who already have three full RX2e race weekends under their belts this term, but a test session prior to the inaugural campaign ensures GZ does have some familiarity with the all-electric machinery.

Having secured the 2014 FWD Championship of the Canaries in a home-built Toyota Corolla AE92 during her first full season behind the wheel, GZ went on to compete in a number of other regional rallies while simultaneously completing her motorsport engineering degree.

In 2016 she made her WRC debut at Rally de Catalunya, winning the women’s category of the Spanish Gravel Rally Championship as a member of the first all-female rally team. She then focused her attention on off-road races in the United States and Mexico, registering a top five finish within the Pro UTV Turbo category in the famous Baja 1000.

Last year, GZ was announced as the main driver for Avatel Racing Team and secured third in the T2 category of the Andalucía Road to Dakar Rally while most recently she has been racing for the XITE ENERGY HS team in Extreme E, helping the series raise awareness of global environmental and sustainability issues while also further developing electric vehicle technology.

Alongside her Extreme E commitments, the Indian-born driver is also currently first in the overall Spanish Off-Road Championship standings and will be doing her best to replicate that form on her rallycross debut – while also enjoying herself in the pioneering RX2e car.

Christine GZ said: “I am really looking forward to this event! I have never raced in rallycross before, but I have tested the RX2e car prior to the start of this season and it seemed like really good fun!

Pere Gonzalez, Project Manager, FIA RX2e Championship: “The FIA RX2e Championship prides itself on its distinctive ‘arrive and drive’ concept, giving racers an unrivalled opportunity to get behind the wheel of high-performance machinery and climb the rallycross pyramid.

“Christine’s participation at Spa will be another indication of this accessibility. She has plenty of experience in very different off-road categories but this will be her first time on a rallycross circuit and we are eager to see how well she can adapt to the precision required by the discipline.

“Her off-road knowledge and exceptional car control will be put to the test, and this weekend will help Christine become familiar with the on-track contact customary in RX2e. I’m sure fans will be excited to see how she stacks up against our fiercely competitive field.”