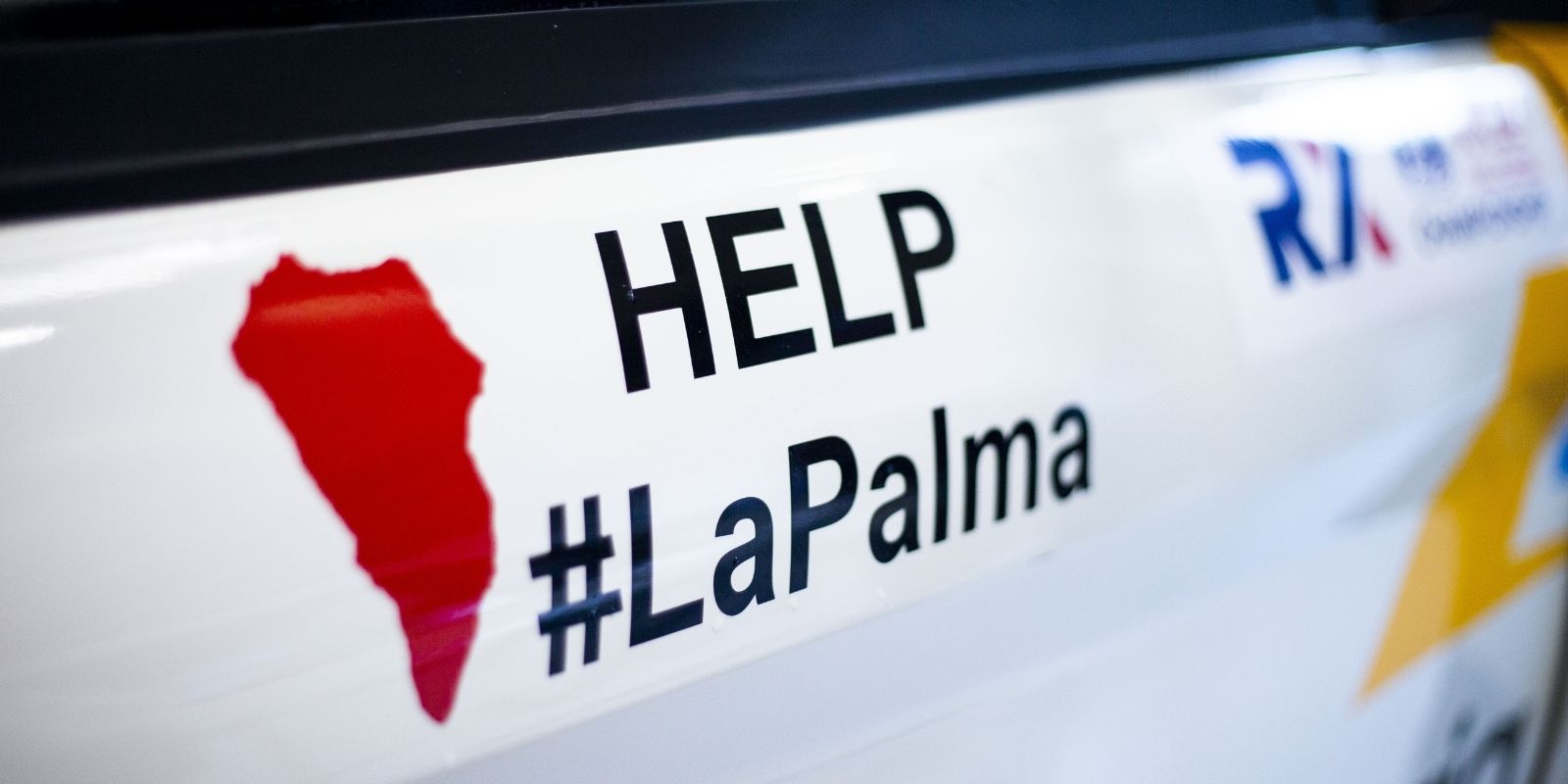 Christine GZ and Pablo Suárez are running special liveries on their RX2e cars at this weekend’s Benelux World RX of Spa in order to show support to the people of La Palma after the recent volcanic eruption.

The Cumbre Vieja volcano began erupting last month and has destroyed more than 800 properties, triggering the evacuation of around 6000 people from their homes.

GZ and Suárez, who are both residents of Gran Canaria and have strong ties to the area, are sporting messages of support on their cars at Spa-Francorchamps to continue raising awareness of the ongoing situation.

Speaking to the FIA World Rallycross Championship broadcast platform RX+, Suárez said: “In La Palma, many people are suffering because of the disaster with the volcano. They have lost their homes and the countryside has been destroyed.

“It is hard to watch for both Christine and I. We have a strong connection to La Palma, the people are great and we love them. We want to send as much support to them as possible.”

A message on the roof of Suárez’s car reads ‘All our support to La Isla Bonita’, and ‘Help #LaPalma’ was also proudly displayed on the 29-year-old’s doors as he streaked clear to win his heat in Q2 on Saturday.

GZ’s car carries similar stickers and the Italian-Canarian off-road expert is using her rallycross debut to raise consciousness of the plight of her adopted homeland.

GZ said: “We are both from the Canary Islands, and I have been living there for many years so it is like home.

“I have known Pablo for many years too, and he has helped me a lot since I decided to enter RX2e.

“What is happening over there feels as if it is happening directly to us, so the least we can do is have some messages on our race cars, raising some consciousness and awareness of what is happening. For us, this is very important.”

The FIA RX2e Championship continues with the second day of Round 4 action at Spa-Francorchamps, Belgium today (October 10). You can watch every single race live on RX+, the new FIA World Rallycross Championship broadcast platform.