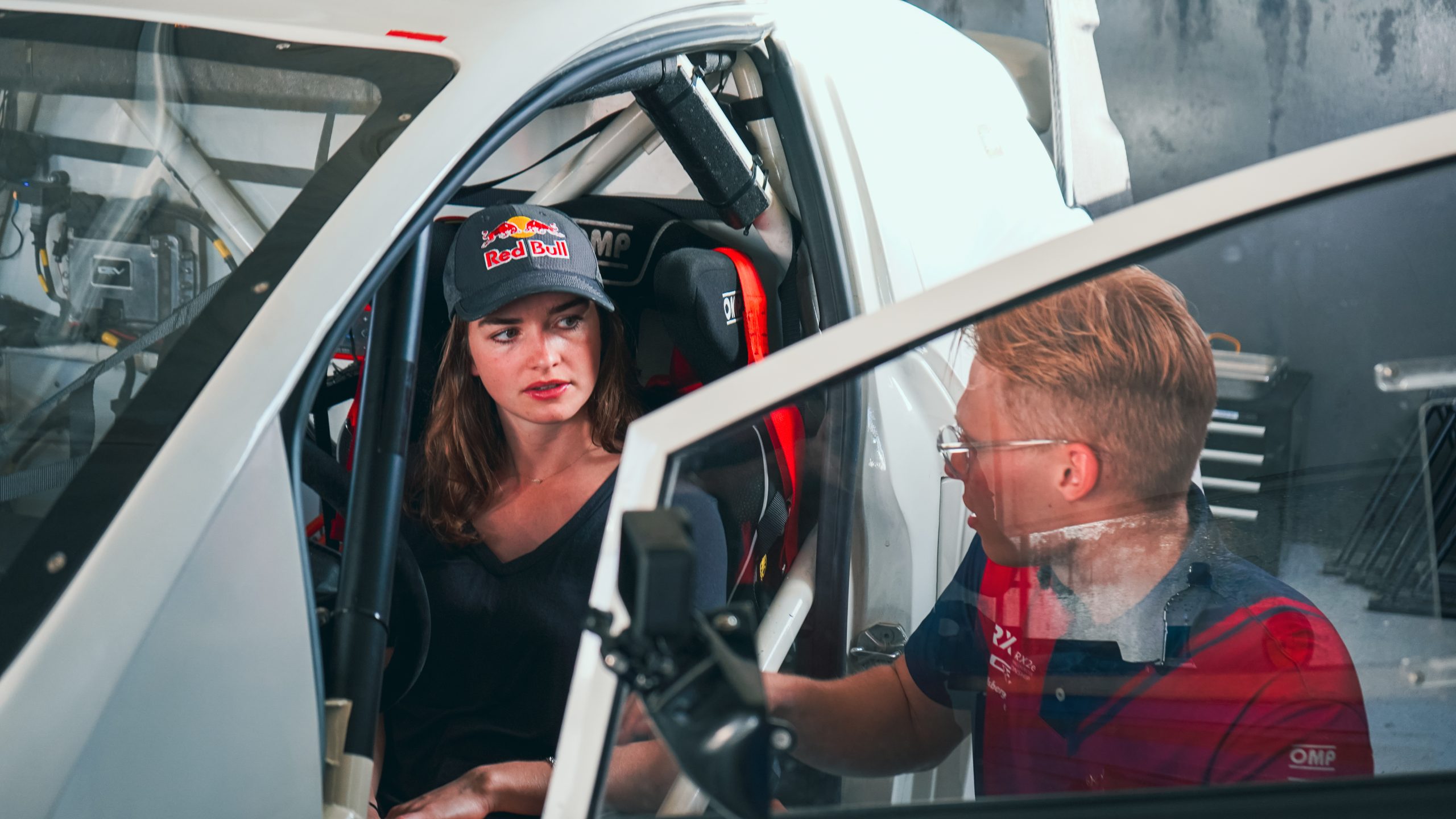 The British driver Catie Munnings will make her international rallycross debut in the opening round of the FIA RX2e Championship at the Cooper Tires World RX of Sweden next month (1-3 July).

The Redbull athlete has joined the fray of the first-ever FIA electric rallycross championship, having seen the success of the series’ maiden at the Inaugural Season, 2021. Munnings has more than enough talent to hit the ground running in the pioneering category: the lead FIA World Rallycross Championship support class. She will be looking to adapt quickly to a brand-new challenge when she makes her bow in the first-ever FIA electric rallycross championship.

The Brit will have to get to grips with the RX2e car, which generates 250kW (335bhp) of power and up to 510Nm of torque. The design, product of a collaboration between Spanish electro-mobility specialist QEV Technologies and Swedish rallycross powerhouse Olsbergs MSE, produces greater performance levels than its RX2 predecessor and has already demonstrated a capacity for exhilarating wheel-to-wheel racing.

Britain’s Catie Munnings, whose original ambition was to become a vet, started competing in motorsport from a young age after being inspired by her father, Chris Munnings, who ran the London rally school at Brands Hatch. Growing up on a farm, Catie was used to thrashing around on quad bikes from a young age before she started to enter local motorsport events across the UK.

In 2016 and at just 18-years-old, Munnings made her ERC début at the Ypres Rally behind the wheel of a Peugeot 208 VTi R2 for Saintéloc’s Junior Team and went on to win the European Rally Championship Ladies’ trophy.

In 2017 and 2018, she claimed a series of stage class victories while also forging a successful TV career as the host of CBeebies show, Catie’s Amazing Machines.

In 2020, Catie made her debut in the FIA World Rally Championship before she was signed by Genesys Andretti United Extreme in 2021 to compete in Extreme E alongside Timmy Hansen. Catie and Timmy won the inaugural Arctic X Prix in Greenland and scored three podiums on their debut season. Catie finished the year third in the overall drivers’ standings.

Alongside her Extreme E commitments, the British-born driver will be doing her best to replicate that form on her rallycross debut – while also enjoying herself in the pioneering RX2e car.

Catie Munnings, said: “Is very exciting to be a part of the first race, at the iconic circuit of Höljes. Is something completely new for me – I’ve been racing electric in Extreme E, but nothing like this. I was so surprised by the speed you have when you first accelerate and the torque you have! It will be a big challenge for me. But I don’t have big expectations. I’m here to develop and to progress. I want to get more side-by-side experience as a driver. The guys are really quick, so I can’t wait to be there on the start-grid and hopefully learn as much as I can from them.

The RX2e car is so simple to drive: no gears, no clutch, no things to worry about as a driver. But then it has its challenges because you have to think about the ‘regen bias’ and you can adjust the torque on each axle and how much the car pushes. It all changes completely, so you can have a totally different car at each race location. This will be a huge challenge for me since I don’t have experience of the rallycross tracks or this car so I would rely a lot on what the RX2e engineers tells me. But that’s part of the game and it’s the same for everybody when they start something new!

“Catie’s participation in Season 2 will be another indication of this accessibility, and we are eager to see how well she can adapt to the pressures of international rallycross. Her off-road experience and exceptional car control will be put to the test, and I’m sure fans will be excited to see how she stacks up on our fiercely competitive field.”