One of RX2e’s key appeals is that the emphasis is placed predominantly on ability behind the wheel in the single-spec series, prioritising driver skill and ingenuity above all else.

The 30kWh battery – which has been fully safety-tested – is mounted next to the driver in the centre of the car to ensure optimum, 50/50 weight distribution, while power is supplied evenly to the front and rear wheels by a pair of motors and inverters, all of which benefit from a cooling system to prevent excessive temperatures.

The motor of the RX2e car generates 250kW (335bhp) of power and up to 510Nm torque. This represents a significant step forward compared to the existing Supercar Lites car, narrowing the gap to rallycross’ headlining Supercar class.

What’s more, in a first for rallycross, drivers will have three key parameters to play with before and between races, injecting an extra element of skill into the equation.

From inside the cockpit, competitors will be able to manually adjust the amount of torque produced by the front and rear motors, the total torque deployed by all four wheels during the launch and the degree of regenerative braking on the front and rear axles.

On the outside, noise will be generated by the howl of the drivetrain running at more than 12,000rpm as well as the gravel spray and tyre squeals so synonymous with rallycross, promising fans a mouth-watering feast of fast-paced entertainment. 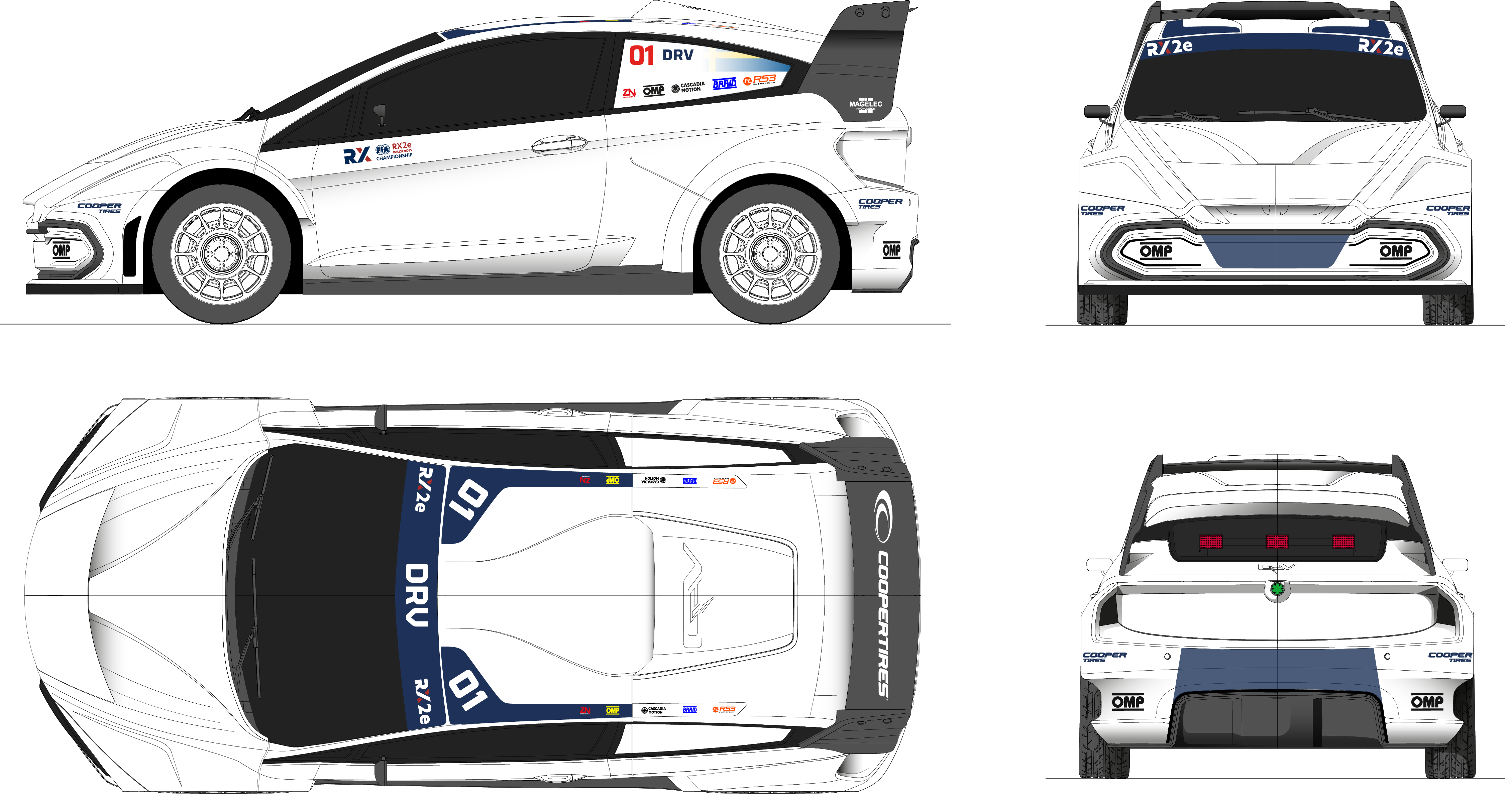