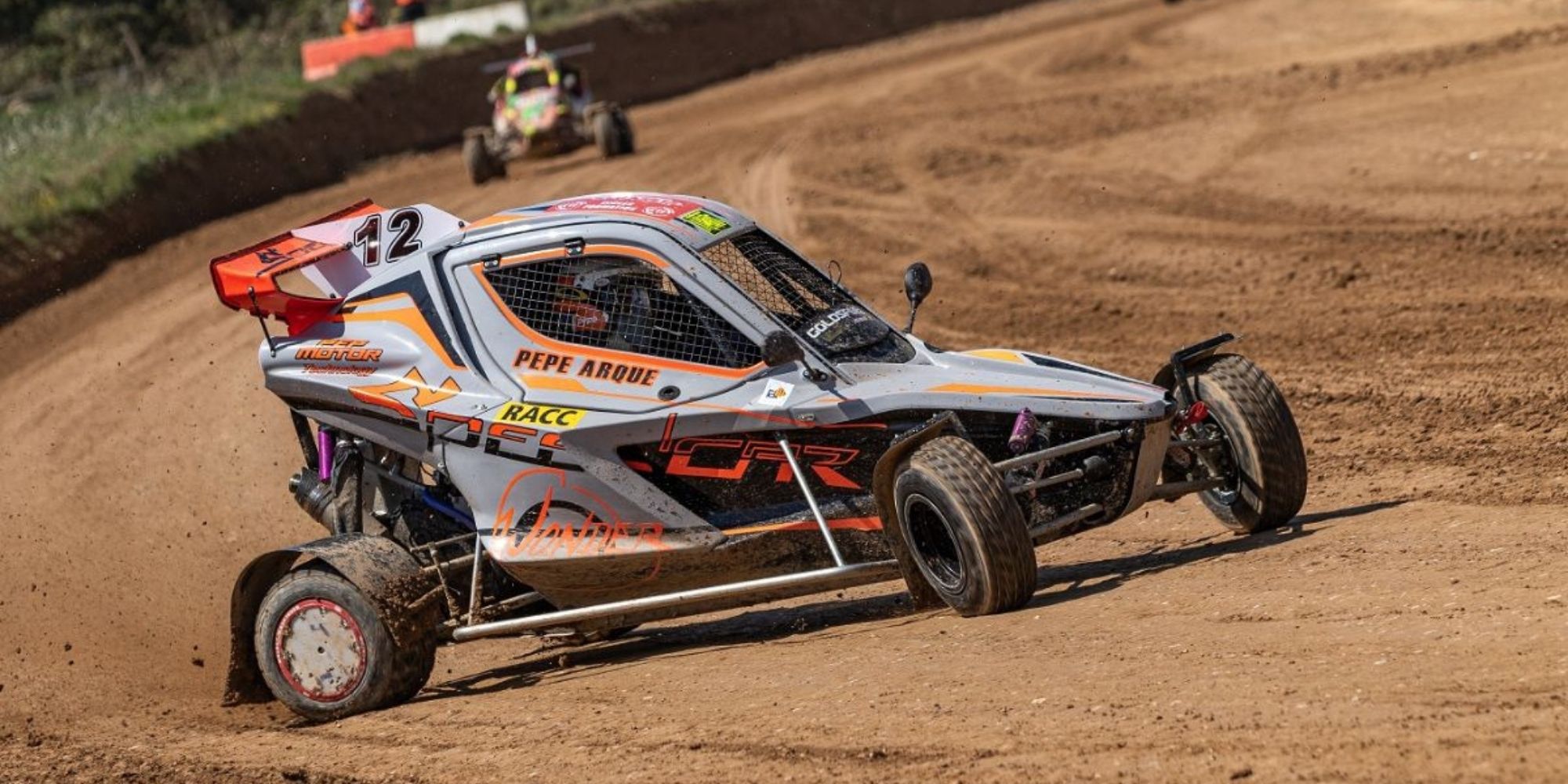 Pepe Arqué is set to make his FIA RX2e Championship debut during the season finale at the Nürburgring later this month (November 27/28), four months on from when he was originally due to make his series bow.

The Spanish ace featured on the entry list for the curtain-raising event of the inaugural RX2e campaign at the Circuit de Catalunya in Barcelona, but a positive COVID-19 test result saw him miss out on the maiden weekend of action for the first-ever FIA electric rallycross championship.

Now Arqué is fighting fit and ready to make his mark on the pioneering category, but the 20-year-old faces a baptism of fire with the majority of the field fully up to speed in the advanced machinery after four fiercely contested rounds.

The Crosscar expert also has the added consideration of going up against friend and compatriot Pablo Suárez, for whom Arqué spotted and acted as driver coach during Round 2 of the season at Höljes.

Arqué comes from a karting background, having made his debut at the age of eight in the 2009 Catalan and Spanish Karting Championship before finishing runner-up in the Open OJP Catalonia Karting series a year later.

The Spaniard went on to claim the Open OJP Catalonia Karting title in 2011 and 2012 and was also second in the Micro-Rotax Spain in 2011 before coming fifth in the same competition the following two years, while he reached the final in the 2012 World Rotax Portugal.

He was a revelation in the Spanish Crosscar Junior Championship, finishing second in his maiden campaign before claiming the 2017 title, and this prompted a step up to the top tier where the rookie made an instant impact with a win at Carballo on his way to third in the overall standings.

Pepe Arqué said: “After being unable to compete in Barcelona as we had planned, I am very excited to be on the Nürburgring starting grid.

“I am aware that I am at a disadvantage compared to my rivals because we will not have the experience of driving the RX2e car all season, but it will be interesting to see where we can be throughout the weekend.

“We are going to be very focused all weekend to see how far we get, and we are going to try to learn and gain the maximum experience for the 2022 season.”

Pere Gonzalez, Project Manager, FIA RX2e Championship, said: “It was such a shame that Pepe was unable to race with us in Barcelona, as it would have been fantastic for him to make his debut on home soil, but we are ecstatic that he will be on the grid at the Nürburgring.

“Pepe faces a tough task getting on terms with drivers who have been pushing the limits all season, but he has demonstrated impressive natural ability across several categories already in his career and we expect him to adapt quickly to the unique demands of RX2e.”