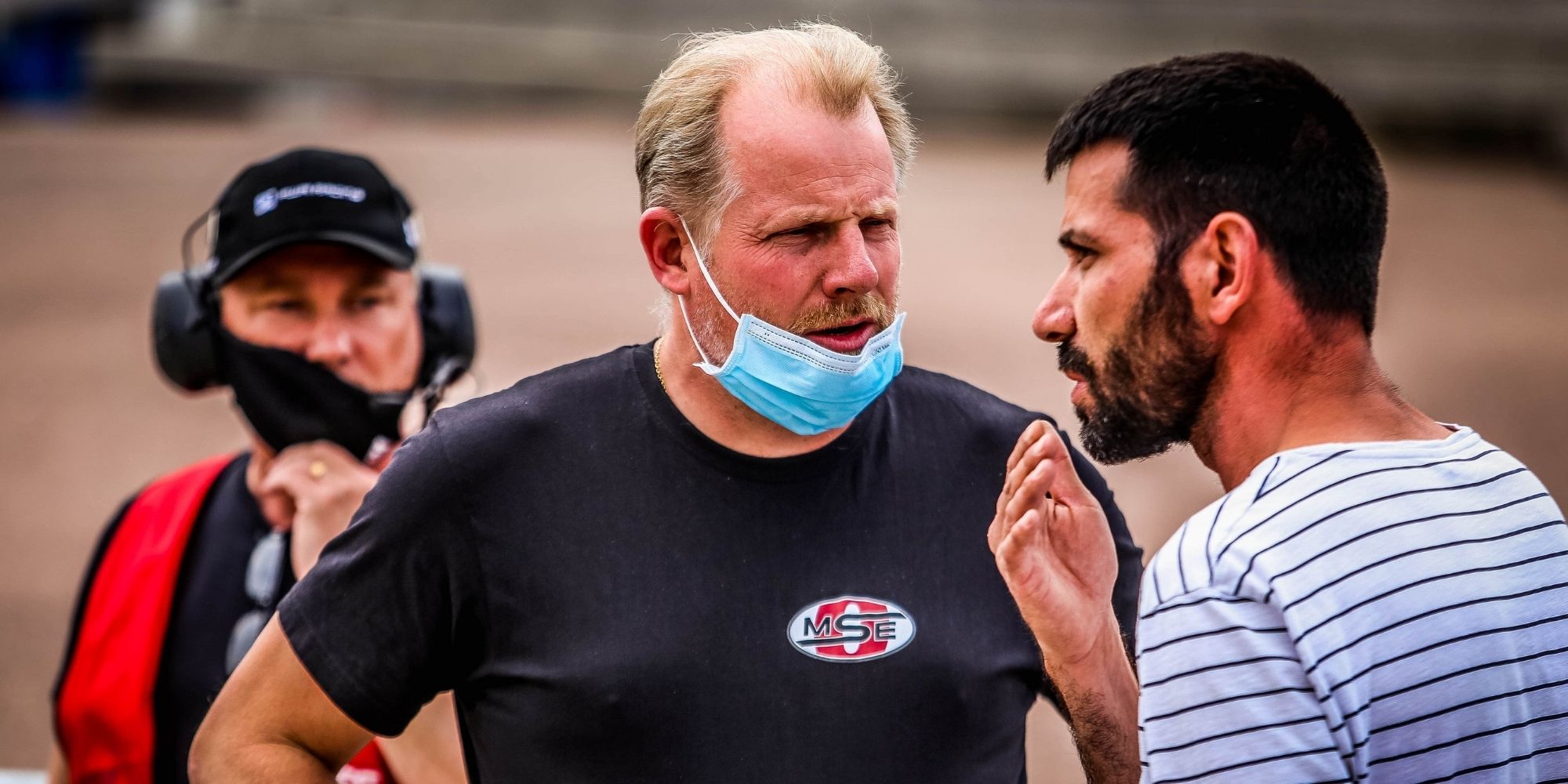 The new FIA RX2e Championship is blazing a trail for the future of rallycross, according to Olsbergs MSE CEO and Team Principal Andreas Eriksson.

The first-ever FIA electric rallycross championship gets underway in Barcelona this weekend (July 23-24), taking on the role of lead support series for the FIA World Rallycross Championship at the season-opening Catalunya RX.

“The new RX2e car is a really impressive piece of engineering,” said Eriksson.

“We have combined all of OMSE’s vast rallycross experience and QEV’s electric vehicle expertise to create a powerful machine that is massively exciting to drive and perfectly suited to rallycross.

“We have extensively tested the car, enlisting the help of some of the highest-rated off-road drivers around, and they have all been very pleased with the performance levels.

“The instant torque and power delivery ensures lightning-quick acceleration, while the car also possesses excellent balance and stability through corners which makes it very easy to race.

“It is fast, nimble and futuristic-looking. We can’t wait to see them go wheel-to-wheel in Barcelona.”

OMSE is a name synonymous with rallycross success, being one of the most decorated outfits in the discipline’s history; the team won the 2014 World RX Championship and has secured multiple championship titles in the United States as well as 19 X Games medals.

The Swedish outfit has collaborated with QEV to design and develop 20 cars for the pioneering new RX2e series, with each vehicle built around a spaceframe chassis and incorporating two independent powertrains alongside a 30kWh battery.

The inaugural season will see the all-electric championship support World RX – which itself is progressing to electric propulsion – at five rounds, with the category designed to provide young stars an affordable, viable pathway to the top of rallycross via an arrive-and-drive concept.

“We are really pushing the boundaries of rallycross with RX2e,” said Eriksson, whose son Oliver is the official RX2e test driver.

“The Superteam Challenge at Höljes in May, where we had some of the world’s best drivers test the RX2e cars in demonstration races during a RallyX Nordic weekend, was very important. That was a necessary phase in the development of the car, having progressed from a prototype last year.”

The competition saw 2019 World RX champion Timmy Hansen team up with three-time World RX title-winner Johan Kristoffersson and OMSE ace Sebastian Eriksson to race one of three RX2e cars against a host of all-star rivals at the iconic Värmland track.

The trio emerged victorious after six frenetic heats, getting the better of Andreas Bakkerud, Kevin Eriksson and Anton Marklund in one car and Kevin Hansen, Oliver Eriksson and two-time World Rally Champion Marcus Grönholm in the other.

“It was important to get the feedback from those top-tier drivers,” said Eriksson. “Marcus Grönholm was the first person I invited because, while he is obviously a very good test driver, he also says directly what he feels! He doesn’t wrap his opinions in something polite – he says what he thinks, and that is what we needed.

“All those drivers have different styles, and we got them to tell us what they liked and what we could change. That means the younger drivers coming into the series are confident the cars are being run by guys who know exactly what rallycross is all about.

“I am proud of what OMSE and QEV have achieved together so far, and this is just the beginning – electric technology is the future of rallycross.”

The 2021 FIA RX2e Championship will visit the Nürburgring in Germany, Höljes in Sweden, Lohéac in France and Spa-Francorchamps in Belgium after the curtain-raiser in Barcelona.

All of the high-octane action will be broadcast live and on-demand across the new RX+ platform throughout the season. Every race will be shown live in HD – from the very first qualifying contest right the way through to the showpiece finals – while there will also be hours of exclusive content, analysis and interviews for subscribers to enjoy.