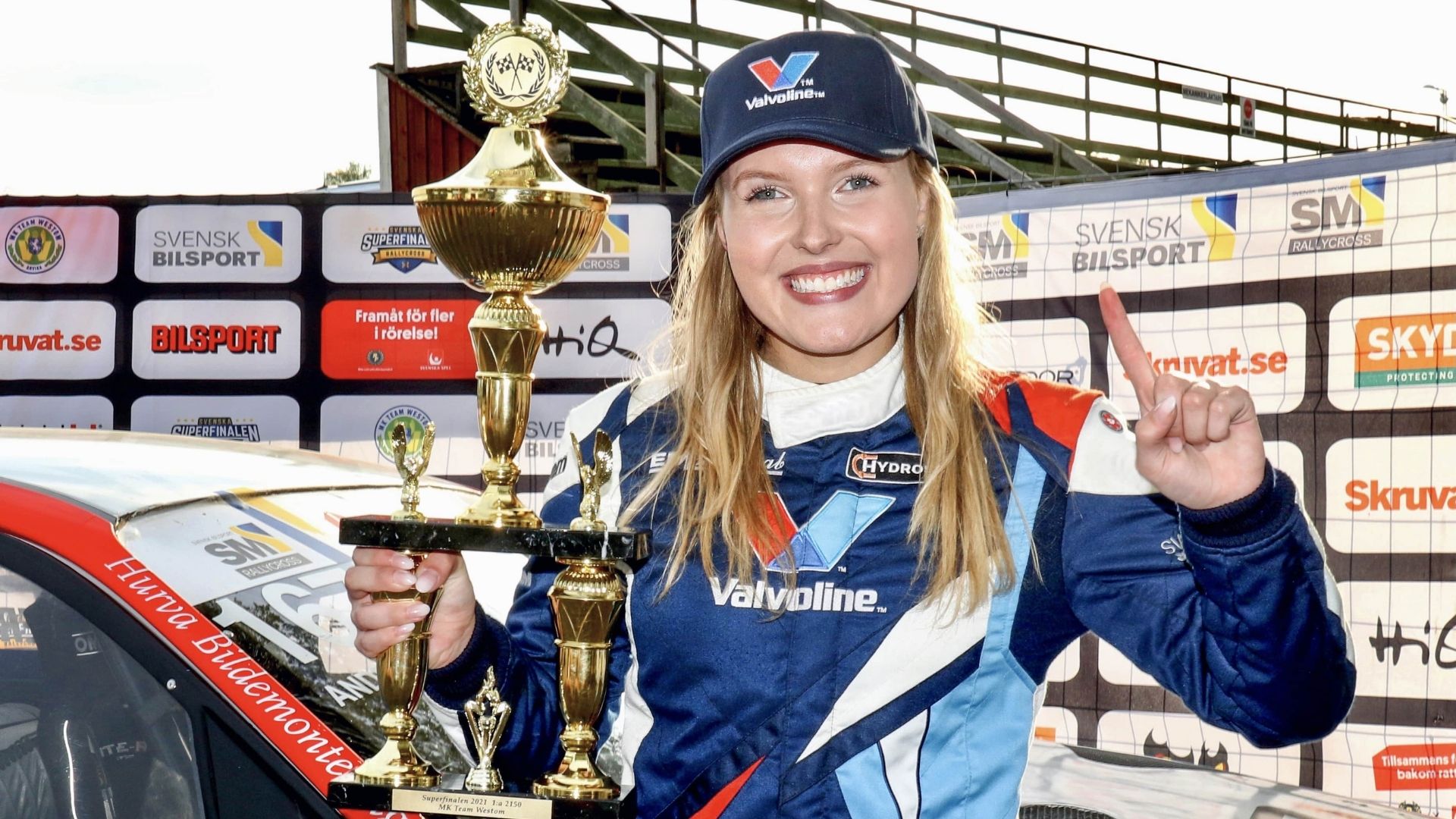 Klara Andersson is ready to fulfil a childhood dream of competing on the FIA World Rallycross Championship package when she makes her FIA RX2e debut at the Benelux World RX of Spa-Francorchamps next month (October 9-10).

The 21-year-old racer enters Round 4 of the first-ever FIA electric rallycross championship off the back of winning the Swedish Rallycross Championship title at the wheel of a BMW 120.

Andersson, who is a member of the Sweden Junior National Team of Motorsport, is now looking to take the next step in her career and sees RX2e as a viable pathway on her route to the top.

The Löberöd native began karting at the age of seven, spending the next six years competing in Sweden and further afield – including events in Norway and Italy.

Multiple regional championships were won during this time, but it wasn’t until 2018 that Andersson switched her attention to rallycross. The young Swede immediately fell in love with the sport and an appearance in the 2019 RX Academy final at Tierp solidified this interest.

Andersson was then second in the Junior Swedish Rallycross Championship in 2020 before impressively claiming the overall crown this term, while a test in STARD’s Projekt E car last year means she is not a novice in electric machinery.

In addition to Andersson’s on-track experience, the FIA Rally Star ambassador is also an accomplished simulator driver and was signed by SET Esports in 2020 – going on to compete in the World RX Esports Invitational Series among other high-profile events.

With RX2e – a collaborative project between Spanish electromobility specialists QEV Technologies and Swedish rallycross powerhouse Olsbergs MSE – providing a clear route on to the World RX stage via an ‘arrive and drive’ concept, Andersson is now focused on getting to grips with the pioneering new technology and proving she has what it takes to compete at the top.

Klara Andersson said: “After winning the Swedish Rallycross Championship this year, I began to look into the future of Rallycross. RX2e seems like a fun new class which gives you an insight into the direction the sport is heading, which looks to be mainly electric.

“It’s an amazing opportunity to be able to drive the RX2e car at Spa in October, and to get a perception of what might be the next step in my career. This event only became possible through the support from Svensk Bilsport, Sweden National Team and my partners, and I’m beyond grateful and excited for this opportunity.

“Rallycross is my passion in life and if I can do what I love in a more sustainable way then I’m all for it. I’ve dreamt about taking part in an FIA World Rallycross Championship event since I was a little girl riding my bike in the paddock, and to make that dream come true at the legendary Spa-Francorchamps is an opportunity of a lifetime!”

“Her upcoming appearance at Spa further strengthens what is set to be another high-class driver line-up, and it will be exciting to see how she performs in our cutting-edge RX2e car.”