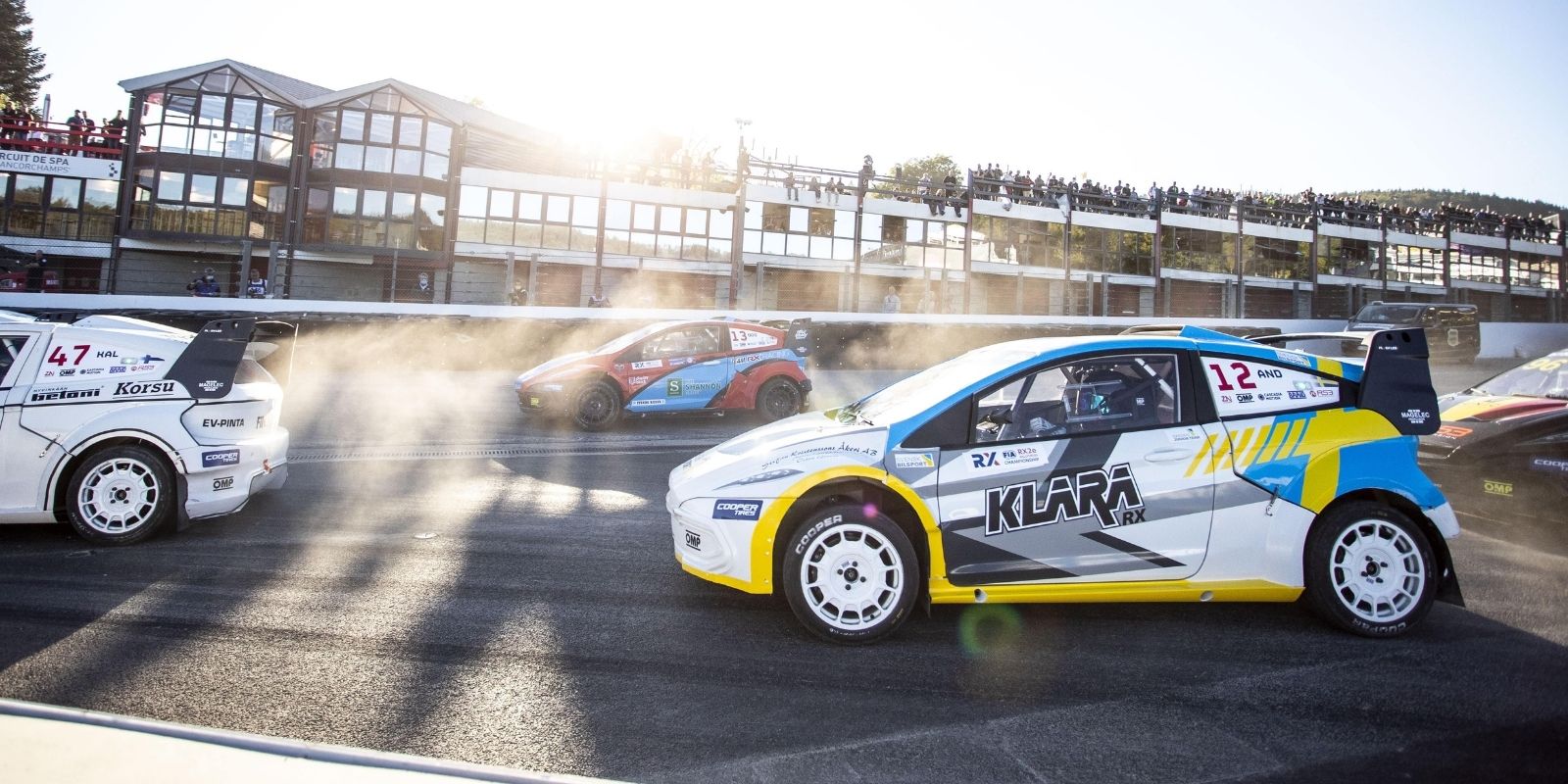 Klara Andersson has her sights firmly set on competing in the FIA World Rallycross Championship after an eye-catching RX2e debut at Spa-Francorchamps earlier this month (October 9-10).

The Swede was hugely impressive during her latest appearance on the international stage, claiming fourth place at the Benelux World RX of Spa – which served as Round 4 of the first-ever FIA electric rallycross championship.

Andersson experienced just one day of testing in the cutting-edge RX2e car prior to the event in Belgium, but the 21-year-old is already targeting the next stage of her career after shining in World RX’s lead support series and the promising star harbours aspirations of competing at the very top.

“My goal is to drive in the headline class of the FIA World Rallycross Championship,” she said.

“That is what my dream has always been, and I am still fighting for this, but there are a lot of pieces that need to come together.

“RX2e is certainly a class which I am highly interested in, especially considering the World Championship series from 2022 will be electric, but nothing is confirmed for the future yet and I am keeping my options open!

“I am really happy with the weekend at Spa. Just to come to the legendary Spa-Francorchamps is something I’ve dreamt of for a long time, and it was absolutely amazing to get to drive there. I had so much fun competing in front of the big crowds. It was simply a brilliant weekend!”

Andersson was right on the pace of her more experienced rivals from the off and enjoyed a scintillating battle with Drivers’ Standings leader Guillaume De Ridder during the second qualifying session.

Sat third in the intermediate standings overnight, the Löberöd native maintained her performance levels throughout Sunday’s racing to eventually secure fourth in the final, just over a second away from a podium finish.

“I’m really proud of my performance as a driver,” she said. “I already felt good in FP1 where I learned the track, got to know the car a bit more and laid some solid foundations to work on throughout the weekend, but I am proud of my progression and the development.

“I constantly took steps forward and produced equal lap times with the top drivers in the class – drivers who have driven these cars significantly more than myself – so I can’t be anything else but satisfied with my performance.

“I managed to travel to Spain to test the RX2e car for one day the week before Spa, and that was a very important experience. There are a lot of differences compared to my BMW, with which I won the Swedish Rallycross Championship, but I think I got to know the car quite well during the race weekend.

“Of course there’s much more for me to learn though, and I am sure that I can drive even faster with the car if I get some more experience.”

RX2e is a unique collaboration between Spanish electro-mobility specialists QEV Technologies and Swedish rallycross powerhouse Olsbergs MSE, meaning competitors operate out of the same awning as their rivals and collaborate closely regarding performance data.

“It was a new experience to share a garage with my competitors – normally I’m with my own team and crew – but it worked out well,” explained Andersson.

“Even though I got to know the other drivers and had a great time, my focus was on performing as well as I could so most of my time was spent with my mechanic Mikkel, engineer Ignacio and spotter/driver coach Kevin Eriksson. And it worked out perfectly – Kevin’s knowledge and presence made me feel comfortable and confident in the car!”

Andersson was one of four drivers making their RX2e debuts at Spa, with the Swede joined by compatriot Filip Thorén and two female racers – Extreme E stars Christine GZ and Laia Sanz.

The influx of female drivers was a welcome addition to the World RX paddock, highlighting how the ‘arrive and drive’ concept of RX2e fosters diversity, but Andersson insists she doesn’t take notice of gender out on the track.

She said: “Personally I don’t think about if my rivals are male or female when I drive – I have always competed against boys and to me it’s obvious that girls can compete on equal terms – but with that being said it’s a good thing if more women get involved in rallycross.

“There were three female RX2e drivers in Belgium, and more women driving at this level will hopefully inspire girls and show that they can do it too – they can also become rallycross drivers and compete at the highest levels!”

While Andersson is pleased to potentially be helping others get into rallycross, she is fully focused on her own career and quick to offer thanks to those who have aided her so far.

“I am forever grateful to Svensk Bilsport, Sweden National Team, Pier Steffansson, my mental coach Lennart Augustsson, Sören Emmervall, Ellinor Aspeqvist, my partners, family and friends, and everyone who made the weekend in Spa a dream come true!” she enthused.